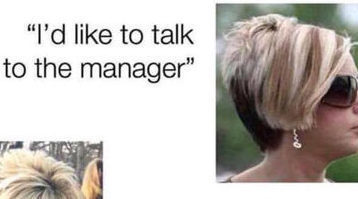 The worst job I have ever had was working retail at a large electronics store who claims that their buys are the best. I liked my coworkers, and I was and still am sincerely interested in home theater products. One of the worst parts of the job was dealing with customers. After a while you begin figuring out, just by looking at someone, if they’re going to be a pleasant customer to help. My description of such a customer was likely different than someone else’s, and that’s exactly what I wish to discuss. Were my prejudices unfounded? Was it reasonable for me to be on guard against certain people? I don’t think my prejudices or cautions were completely without reason. If someone you know has had nothing but negative interactions with the police, or with car salesmen, or with super models, then we can all understand, to some extent, their proclivity for judging such people prior to anything actually happening.

There was nothing racist about my prejudices. The human beings I was disinterested in helping were my skin color, they just weren’t my age. Yet however well founded my opinions were, they were still unjust, unfair and not consistent with Scripture.

John 7:24
24 Do not judge according to appearance, but judge with righteous judgment.” My judgments may have been, at least in a human sense, reasonable but they were far from righteous. Were my recollections of prior negative customer interactions even accurate? Were they even that negative? Could it have been that I did something wrong? How many of my negative interactions might have ended up differently had I not assumed that the person was going to be just like other people who looked like her/him?

I think we can respect the fact that each of us as individuals has been shaped by past experiences. One person may love tall people because all their experiences with tall people have been wonderful while another person despises tall people because their experiences were the opposite. You can replace tall with a color, an economic status, an occupation, a state, or whatever it may be. The evidence to support your self-ascribed justified prejudice can never be great enough to override the truth we find in the Bible. We, as Christians, do not judge with appearances or with measures we created in our mind. We judge with righteous judgment by treating fellow image bearers as individuals who are just as in need of grace as you and I are, and we ought to say to them with all sincerity, “How can I help you?”