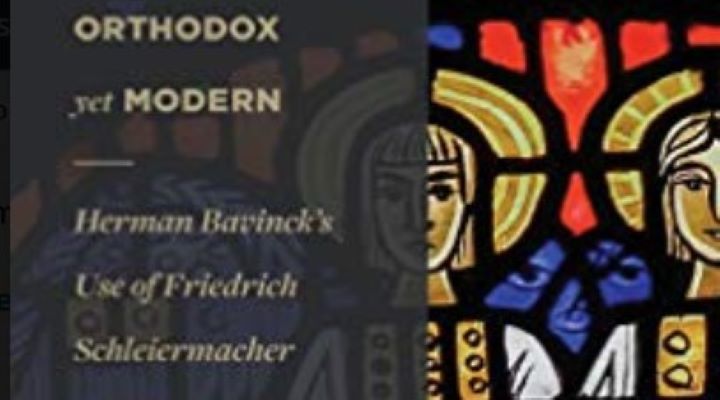 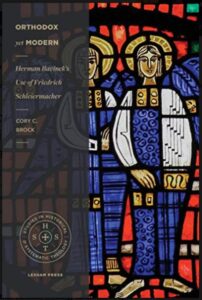 Herman Bavinck (1854 – 1921) was a Dutch Reformed theologian who authored a massive four-volume Reformed Dogmatics. Bavinck is well regarded for his defense and promotion of historic, orthodox Christian teaching. At the same time, scholars have puzzled over Bavinck’s interaction and sometimes favorable comments about “modern” theologians whose teachings were questionable at best, particularly Friedrich Schleiermacher. Consequently, the theory arose that there were “two Bavincks” for historians to contend with.

Orthodox, Modern, or Both?

Cory Brock’s fascinating new book, Orthodox Yet Modern, explores whether Bavinck was “in fact, modern, orthodox, or both (3).” The author cites Tillich’s probing question “… can the Christian message be adapted to the modern mind without losing its essential and unique character?” Bavinck recognized a tension between the modern and orthodox, even if it had been overstated by some. Brock asserts that where Karl Barth was “modern and yet orthodox,” Bavinck was actually “orthodox yet modern (19).”

The author cites Bavinck’s comments circa 1892 that the orthodoxy of Calvinism is both the only consistent theological worldview and at the same time, has also resulted in rigid, severe, and stifling attitudes and practices by its adherents (7-8). We only have to look no further than the phenomenon of “Cage Stage Calvinists” to know how right Bavinck was. Even Bavinck, die-hard Reformed theologian though he was, could say that “Calvinism isn’t the only truth (7-11).”

Brock is careful to admit that neither “modernism” nor “orthodoxy” are monolithic bodies of knowledge. With this in mind, he carefully lays out the evidence that Herman Bavinck recognized as a major challenge to understanding modern theology. Post-Descartes, philosophy has usurped theology’s throne, so much so that any study of theology is now dependent on the study of philosophy (13-15). We cannot appreciate the principles that modern theology holds to without being able to identify the philosophical presuppositions informing it. This truth has had wide-ranging consequences for Christian theology and apologetics.

As a result of modernism’s philosophical presuppositions, theological method was thought to begin with “the believing subject” or “the Christian consciousness”, not the church and certainly not divine revelation. For these reasons, Bavinck rightly saw Schleiermacher as a significant conversation partner, like it or not (15-16). While Bavinck was willing to borrow and learn from him, Brock is clear that it would not be accurate to consider Bavinck a “Schleiermachian” in the sense that he was a Calvinist, Augustinian, or Reformed (22).

Brock reveals four major claims in Chapters 2-5. First, Schleiermacher and his followers were Bavinck’s most significant theological opponents of the modern era (26). Second, Bavinck interacted with and even appropriated their terms and emphases in his own writings. Next, Bavinck incorporated their ideas regarding subjectivity or what Brock calls “the fact of subjectivity.” Finally, Bavinck did all of this while subjecting modern theology to confessionally Reformed guardrails, not the other way around. In the author’s estimation, Bavinck’s use of Schleiermacher serves as a model for how the Reformed theologian can be “one who hunts for truth wherever it can be found (33-34).”

Following his introduction, Brock investigates the “Two Bavincks” narrative in his chapter on “Reformed Catholicity Between the Modern and Orthodox (31-66).” He traces the idea that Bavinck’s early exposure to modernist influences was a result of his move from Kampen to Leiden (34-35). There was an undeniable contrast between Kampen’s secessionist orthodoxy and Leiden’s modernism. That being said, Brock goes on to demonstrate how much of the “Two Bavincks” hypothesis is simplistic and overstated.

While Bavinck was by no means a “modernist,” Brock rightly points out that there is a sense in which he was “a modern man shaped by modern ideas (43).” Legitimate dogmatic theology “is rooted in the past but labors for the future (54).” Brock concludes that Bavinck’s use of modern theological concerns was consistent with his Dutch Reformed commitments. Bavinck was appropriately “modern” in the sense of being a theologian who “labors for the future (65).”

In Chapter 2, Brock traces Schleiermacher’s ideas as they made their way to Bavinck’s context while in Kampen. What began as indirect exposure eventually gave way to Bavinck’s interaction with primary sources. Bavinck went so far as to call Schleiermacher “the most influential theologian of the nineteenth century (68).” In both editions of the Prolegomena to his Reformed Dogmatics, Bavinck wrote that Schleiermacher exerted “incalculable influence (68-69).”

The following chapter explores the next phase of Bavinck’s relationship with Schleiermacher’s ideas, including “consciousness theology.” Bavinck was careful to distinguish between the appropriate sense in which dogmatics are an exercise where “personal faith is imperative,” and the so-called “theology of consciousness” which essentially “denies that in nature or in Scripture there is a revelation that provides knowledge of God (121n1).” In Bavinck’s estimation, Schleiermacher made the error of conflating man’s “believing consciousness,” even within the Christian community, with a source of knowledge about God. Bavinck rightly saw that God’s attributes and actions have already been revealed by God in historical revelation, AKA Scripture.

Part II of the book allows Brock to address the ways that Bavinck made more direct appropriation of Schleiermacher. In particular, Bavinck showed great interest in the categories of knowledge and dependence. In Chapter 4’s look at “… the Unity of Being and Thinking (171-222),” Brock cites Bavinck’s presentation of his Princeton “Stone Lectures,” later published as Philosophy of Revelation. Bavinck expanded how the thinking human subject should be understood in light of revelation (171). By God’s common grace, there is an “organic unity” between the thinking self and the world. Bavinck agreed with Schleiermacher that the self was “given” and “dependent” in a certain sense. By way of comments like these and others, Bavinck’s interaction with Schleiermacher amounted to what Brock calls “appropriation by way of negation (165).” Bavinck was not simply declaring “No, not that.” He was saying something more like “Yes, sort of. Except instead of that, it’s this.”

Cory Brock’s vital new book, Orthodox Yet Modern is a helpful corrective to the popular but inaccurate “Two Bavincks” theory. The author carefully charts the concerns of Herman Bavinck and the methods he used to interact with and appropriate the theological categories of Friedrich Schleiermacher. Brock has given the church a gift of real historical and methodological importance. Highly recommended.