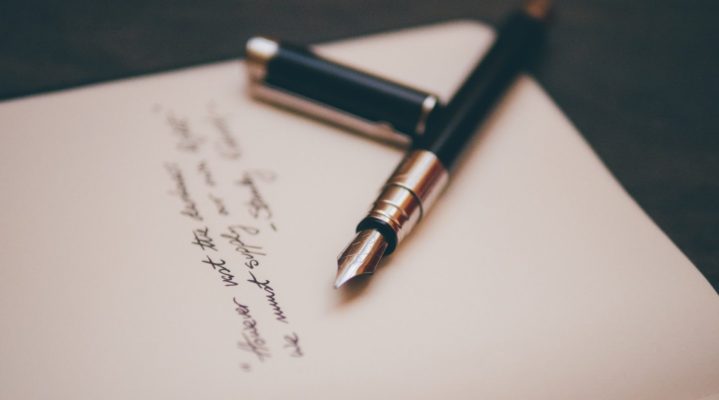 Christians and non-Christians alike have adopted the use of the phrase “Lord willing.” Appended to a declaration of future plans, this phrase is meant to convey an understanding of God’s absolute supremacy and sovereignty. That is, we will do this or that only if it is in accordance with the will of God—something we know must come to pass—as opposed to our plans which are subject to His decree.

Although the concept is found throughout scripture (Proverbs 27:1), the New Testament book of James is a pretty easy prooftext for the idea.

Come now, you who say, “Today or tomorrow we will go into such and such a town and spend a year there and trade and make a profit”— yet you do not know what tomorrow will bring. What is your life? For you are a mist that appears for a little time and then vanishes. Instead you ought to say, “If the Lord wills, we will live and do this or that.” James 4:13-15

I am sure there are people—even some under the large umbrella called ‘christianity’—who would posit arguments against God’s absolute supremacy ruling over the plans of men. But I’ll stipulate for this post that readers of this blog generally should agree that God’s plan IS sovereign and we have no power to alter His decree.

Quit Using it as an Excuse Photo by Álvaro Serrano on Unsplash

The point of this post isn’t to expound upon the beauty and radiance of God’s holy supremacy and wise sovereignty. My goal is to admonish you to stop using “Lord willing” as an excuse to be non-committal in your affairs. Let me explain.

The idea behind tempering every one of your plans by saying “Lord willing” is meant to show deference to God, but I think too many people use it as a way to simply not make commitments.

Allow me to use an example of inviting someone to dinner on Thursday. Instead of saying “Yes, I will be there Thursday, if the Lord wills” some may say, “Lord, willing!” There’s a subtle difference there that may not always indicate the same problem I’m describing, but my point is that some people are actually leaving the entire ordeal up in the air as if they haven’t made up their minds what they will do Thursday.

So if Thursday comes and they don’t feel like coming over for dinner or if difficulties arise, they simply say, “I guess it wasn’t the Lord’s will.” This borders on blasphemous where we make God responsible for that which is our human responsibility. Scripture is replete with commands and warnings related to men keeping their commitments. Ultimately, the command not to lie is accompanied by a willingness to carry out what you have promised.

Let what you say be simply ‘Yes’ or ‘No’; anything more than this comes from evil. Matthew 5:37

So when you refuse to commit to a cause because YOU are unwilling to do the work to get there or because YOU haven’t counted the cost, that is not a Lord willing issue—that is an “are you willing?” issue. We are expected to give people a yes or a no and then follow through with it. We should be making every human effort to do that which we have promised to do. Minor inconveniences, large obstacles, and hard-to-overcome hurdles shouldn’t keep us from striving and fighting to fulfill our commitments.

I find that often our lack of commitment leads to our lack of effort, thus fulfilling the “I’m glad I didn’t commit to that” mentality after we miss something we never truly committed to.

So What Should We Do?

Here’s the take-home. You are to count the cost of your decisions based on the solemnity and priority of the decision. Then you either commit to doing the thing or not doing the thing you are confronted with doing—then you follow through with your commitment as if failing to keep it would be enough to classify you as a liar. And while you do that, you trust that the sovereign God who may providentially hinder you from doing some things you want to do is the same God who was sovereign over you when you made the commitment.

Count the cost and work to do what you have committed to and then repent when you fail. This isn’t about perfection. And it’s not about presumption. But if you honestly start committing to things, there will be times you fall short because you are an imperfect person. Do not let your lack of skill in properly assessing the cost lead you away from making good commitments and enjoying the growth that will come from learning as you strive to meet them. You may trust that God will forgive you when you fail in a non-presumptive manner because you are not setting out to sin against Him when you venture into new areas where you haven’t honed much skill or virtue.

You may find that you overcommit, and thus, you never really mean it because you fall short too often. You may need to learn to say “No.” You may find that you are not good at counting the cost…you should dedicate some effort to learning to plan better. There are people skilled in these areas who can help you. There are apps that assist with productivity and planning. And don’t forget the power of our Lord to answer prayers for supplication! How many times have you prayed that God would make you committed and faithful and help you with simply structuring your life?

When you make commitments, it reduces anxiety in others. When you start to be reliable, that let’s other people focus their attention on things that need their attention. Our entire society functions on people fulfilling their commitments to others. Whether it is as simple as ordering food and expecting them to hand it to you at the second window, an employer’s promise to pay you after 2 weeks of work, a husband’s commitment to forsake all others, or anything in between, our communities requires reasonable expectations to be set and for these expectations to be met reliably.

Be a part of this by making good, well-thought-out promises to others and then working to meet them. Strive to make the right commitments, not too many and not too few, and to keep them.

And don’t forget that all your plans are subject to the providence of God. Rather than boast about what you will do, let your friends know you will do what you say if the Lord wills. Just be careful that you don’t label something a providential hindrance that you are expected to overcome.