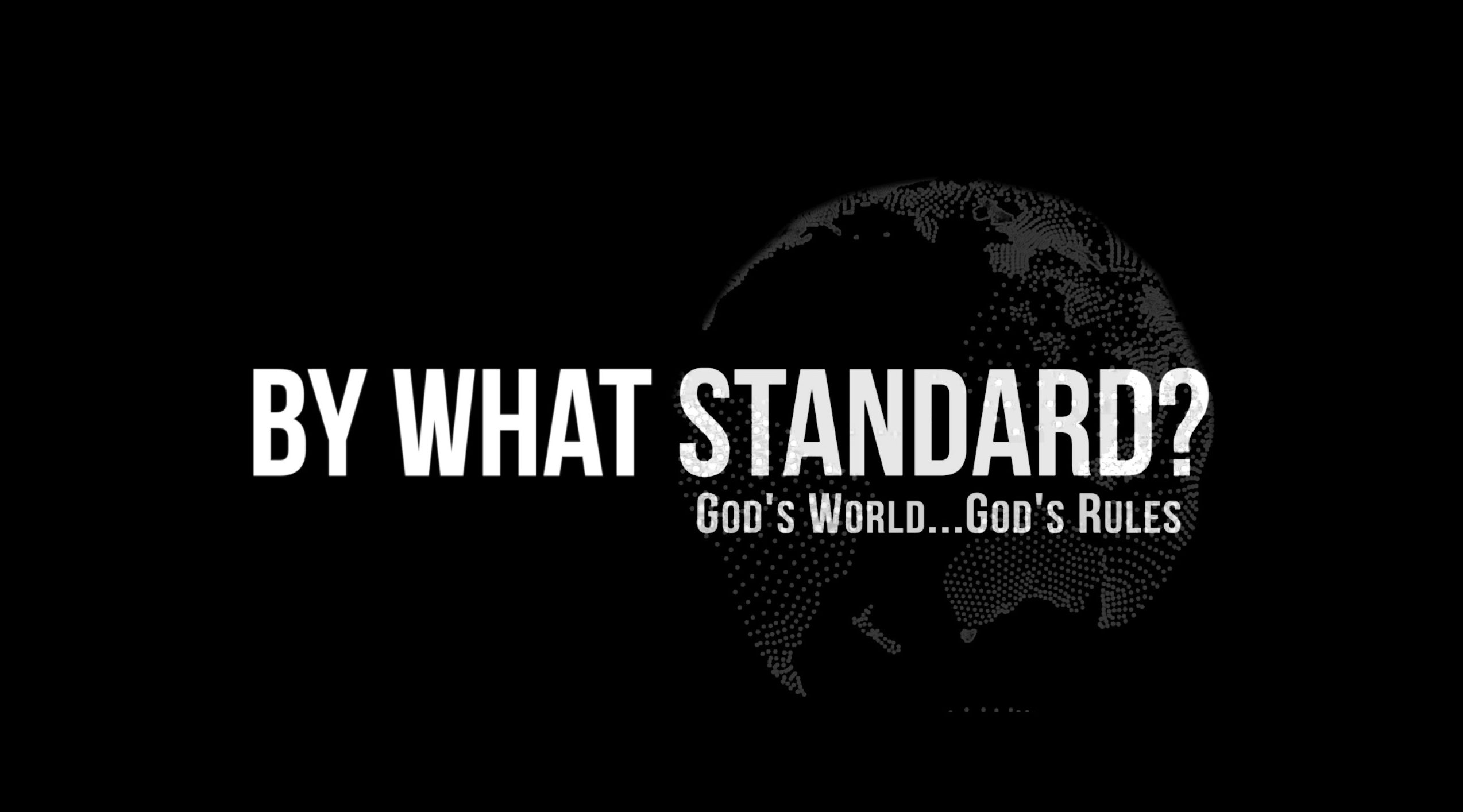 A Review of By What Standard

In mid-December 2019, Founders Ministries released the CineDoc By What Standard? God’s World…God’s Rules (watch for free here). I considered doing a tweet thread with my thoughts, but think by the time I’m finished, it’ll be a bit much for Twitter. This will not be an in depth analysis, but more of some quick thoughts I have after watching the documentary. So much more could be said, but I am happy to interact if you want to comment below.

The passing of Resolution 9 at the SBC 2019 Annual meeting brought to light some serious questions as to what standard Southern Baptists will go by when it comes to the issues of race, gender, and sexuality. Will ideologies like Critical Race Theory and Intersectionality (CRT/I – here is a definition of CRT and I) help Christians understand our present culture better? The driving force behind this entire project can really be boiled down to this question: What do Southern Baptists really believe about the Bible?

Notice I said Southern Baptists because by and large, this work is by and for SBC members. Non-SBC members can certainly benefit from it, but the heart of the issue really is: Are Southern Baptists truly inerrantists? Because if we are, it means we will seek to submit to the authority of the Scriptures in every area, while seeking to trust its sufficiency in all things.

Complementarianism is the Biblical understanding that men and women complement one another. They are equal before God but each has his or her specific roles in the family, church, and society at large. A major push in the SBC over the last few years has been toward women preaching in the main Sunday morning service.

This doesn’t mean that everyone who is advocating for women to preach has necessarily bought into CRT/I. But it does show that CRT/I has a strong influence in the SBC already. CRT/I is about power structures. People like Beth Moore and Dwight McKissic have connected complementarianism to power and oppression by linking it to the sexual abuse scandals the SBC has faced.

The argument goes that in order for women to reach their full potential, and in order to have less cases of abuse, they must be allowed to fill preaching and teaching roles in the church.

The Biblical response is actually rather simple: Women should not be allowed to pastor in any form, or to preach or teach to groups including men and women not because they are being oppressed, but because it is God’s design. This point was made over and over in the first half of the film: The SBC will never truly help women as long as it pushes for them to be like men or to be used in roles only men were designed to be in.

I particularly appreciated hearing Summer-White Jaeger’s thoughts on the fact that society is preaching to women that they need to be men, whereas the Bible has a very high view of them as women. To conflate the genders is to not only go against God’s good design but also to do harm to both male and female.

I thought Josh Buice was clear on the fact that sexual abuse in SBC churches is heinous and must be dealt with appropriately. In no way did the film cut down those working to stop abuse in churches. In fact, the need for healthy local church membership and discipline practices were presented vital means to help stop and prevent abuse.

Tom Nettles was extremely gracious and beneficial to the project. Time and again he was clear that those in the SBC who are espousing some of these godless ideologies are not in and of themselves to be thought of as enemies. He said this should be a “fraternal discussion” and that he didn’t want to see these people as villains unless they end up proving that they are actually enemies of the gospel.

The film was careful to show that those holding a different view than Founders were not apostates and yet it also clearly showed the seriousness of the issues and the error and that abandoning the Scriptures altogether is a necessary outflow of CRT/I. These ideologies must be repudiated and abandoned for they cannot ultimately be held in conjunction with orthodox Christianity. Therefore, there needs to be a discussion about these things and that seems to be the motivation behind the cinedoc. Our only hope is the gospel.

This is not original to me, but I had an older brother say to me recently that he thinks Tom Ascol will be vindicated in the future. If the Lord tarries for the next few hundred years, one day the historians will say that Dr. Ascol sincerely tried to save the Southern Baptist Convention and his courage and conviction will be rightly lauded.

Has he done everything perfect? Of course not. Only One did that. And I’m sure Dr. Ascol would have changed some of his methods with this whole ordeal in hindsight. But, so would I. And so would you. So, I would like to publicly say that I am thankful for Dr. Ascol and his work. And I know it wasn’t just him. A lot of effort went into this by many people. I can’t surmise every person’s motivation involved in the work, but I can tell you that the finished product is seriously a “must-see” for every Southern Baptist.

I think there is still hope for the SBC and I am grateful to have brothers and sisters who think the same and are willing to work in the trenches to further the cause of Christ. May God be pleased to bring about a reformation in the SBC in the coming days.