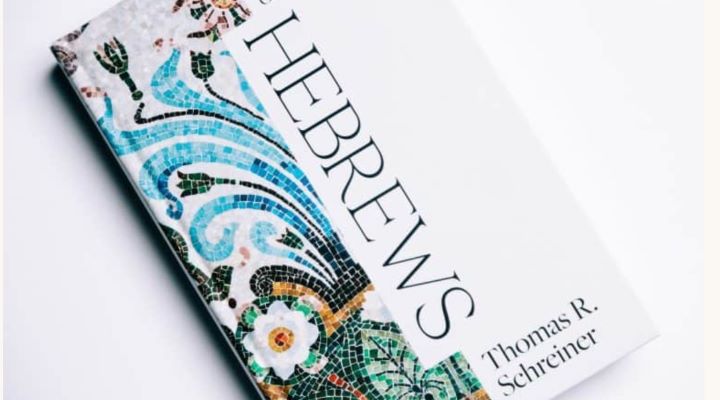 Thomas Schreiner serves as the Southern Baptist Theological Seminary’s James Buchanan Harrison Professor of New Testament. He has written multiple well-regarded works focusing on commentaries and biblical theologies. His other books include The King in His Beauty: A Biblical Theology of the Old and New Testaments, New Testament Theology, and Paul: Apostle of God’s Glory in Christ. We previously reviewed his fantastic commentary on Romans in the BECNT series here. 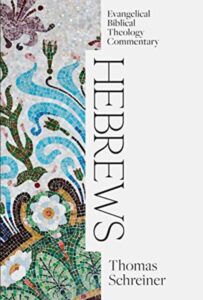 In the general editors’ preface to this volume, they note the resurgence of the discipline of biblical theology since the early 1970s. Biblical theology is greatly concerned with a proper understanding of the Old Testament use of the Old Testament, as well as the New Testament use of the OT (ix-x; See also our articles here and here.) Nowhere is this understanding more crucial than in the NT letter to the Hebrews.

In his introduction, Thomas Schreiner briefly covers the usual concerns over authorship (2-4), date (5-6), destination and addressees (6-10), genre and structure (10-13), purpose (13-15), and religious-cultural background (15-17.) He then provides an outline of Hebrews (17-20), charts the epistle’s place within the Bible’s overall storyline (20-29), and concludes the introduction with a discussion of biblical and theological structures (29-49). The majority of this volume is made up of Schreiner’s exposition of the text (51-433) and biblical and theological themes (435-499.) A standard Bibliography (501-517) and Name, Subject, and Scripture indices (519-539) conclude the volume.

Schreiner briefly lays out the history surrounding debates over who wrote Hebrews. The early church believed the Apostle Paul wrote the letter, but later scholars have rejected Pauline authorship. Schreiner flatly says that “Pauline authorship should be rejected …” despite many efforts to defend it (4). He reasons that the writer of Hebrews never names himself, while Paul did in 13 of his known letters. Also, the volume of Paul’s writings is too limited to serve as stylistic evidence. Finally, Paul consistently claimed apostolic authority based on his encounter with the risen Christ, while Hebrews 2:3 distinguishes between the writer and eyewitnesses. Schreiner concludes by affirming Origen’s statement that ultimately “God only knows” who wrote Hebrews (5.)

As for the dating of Hebrews, Schreiner favors a pre-70 AD period, possibly the 60’s (5-6). Among the valid reasons to support a pre-70 AD is the fact that the unidentified author urges readers to not go back to the sacrificial system (cf. Hebrews 9-10.) It is logical to assume that the author that the temple had not yet been destroyed.

The majority view among scholars has been that Hebrews was intended for an audience of Jewish Christians, and Schreiner takes this position (7). I appreciated his affirmation that Hebrews is relevant to all believers, though. He writes that “The meaning of the letter is fundamentally the same whether it addresses Jews or Gentiles and thus the interpretation and biblical theology offered (in this commentary) does not rest on the identity of the addressees (8).”

Dr. Schreiner describes the genre of Hebrews as a sermon or exhortation in the form of an epistle (10). As for the structure, he acknowledges the complexity involved and favors an “eclectic” outline that space prevents him from fully defending (11). The remainder of this volume’s Introduction consists of Background (15-17), Outline (17-20), the epistle’s place within the Bible’s greater storyline (20-29), and finally the Biblical and Theological Structures involved (29-49).

I should note that while the introductory material is helpful, it is relatively brief. As mentioned earlier, Schreiner’s exposition of the text and his unpacking of biblical and theological themes makes up the majority of the commentary. For purposes of this review, we will look at Schreiner’s work on just two of the more well-known passages from Hebrews.

In the first section of Hebrews 3, Schreiner rightly points out that the author is building on the previous chapter and is concerned with explicitly identifying Jesus “as the apostle and high priest of our confession (113).” Schreiner also illustrates the consistency between the Letter to the Hebrews and John’s Gospel in the way they both point to Christ as God the Son sent by God the Father. In the corresponding theological section of this commentary, Schreiner echoes the sentiments of Athanasius that “Jesus saves from sin both because he is truly human and because he is fully divine (451).”

Next, I was excited to see that Schreiner gives considerable attention to the hotly debated “warning passages” in Hebrew 6:4-8 and elsewhere (178-191; 480-491). Early on he makes what I think is a crucial point when understanding the warning passages. He writes, “The author (of Hebrews) addresses the readers pastorally and doesn’t assume a divine perspective of their ultimate fate (180, emphasis added).” At the same time, Schreiner recognizes that the very real (and sinful) possibility of apostasy is in view when the author refers to the loss of renewal of repentance for those who reject the faith (181).

I was surprised to learn that Schreiner sees the language used in Hebrews 6 as being addressed not merely to “almost Christians”, but to actual Christians. He cites Grudem’s work in Still Sovereign as the best defense of the perspective that the almost Christian is in view in the passage (182). Schreiner admits that the text does not explicitly refer to those who are “forgiven” or “sanctified” (or for that matter, “justified”), but he denies that this fact is enough to overcome his objections to Grudem’s view.

It seems valid to interpret the author Hebrews as saying, “If one were to experience or encounter God’s grace and God’s word, profess faith in Christ, but ultimately reject Christ, then hat person would be lost.” Taken as a simple “If … then …” statement, the meaning seems relatively clear. As Dr. Schreiner affirms, the warning passages of Hebrews 6:1-8 are inseparable from the comfort offered in Verse 9 and following. As he rightly says, “(The early readers of Hebrews) were inspired by love for God and love for his reputation. One of the key indications that one belongs to God is genuine love for his name and his glory (194).”

Tom Schreiner’s new Hebrews: Evangelical Biblical Theology Commentary from Lexham Press is a worthy resource for students, scholars, and laypeople eager to better understand the Letter to the Hebrews. This is a commentary by an incredibly accomplished biblical scholar whose work will likely force many of us to carefully think through how to properly interpret and apply these passages of God’s Word. Recommended.