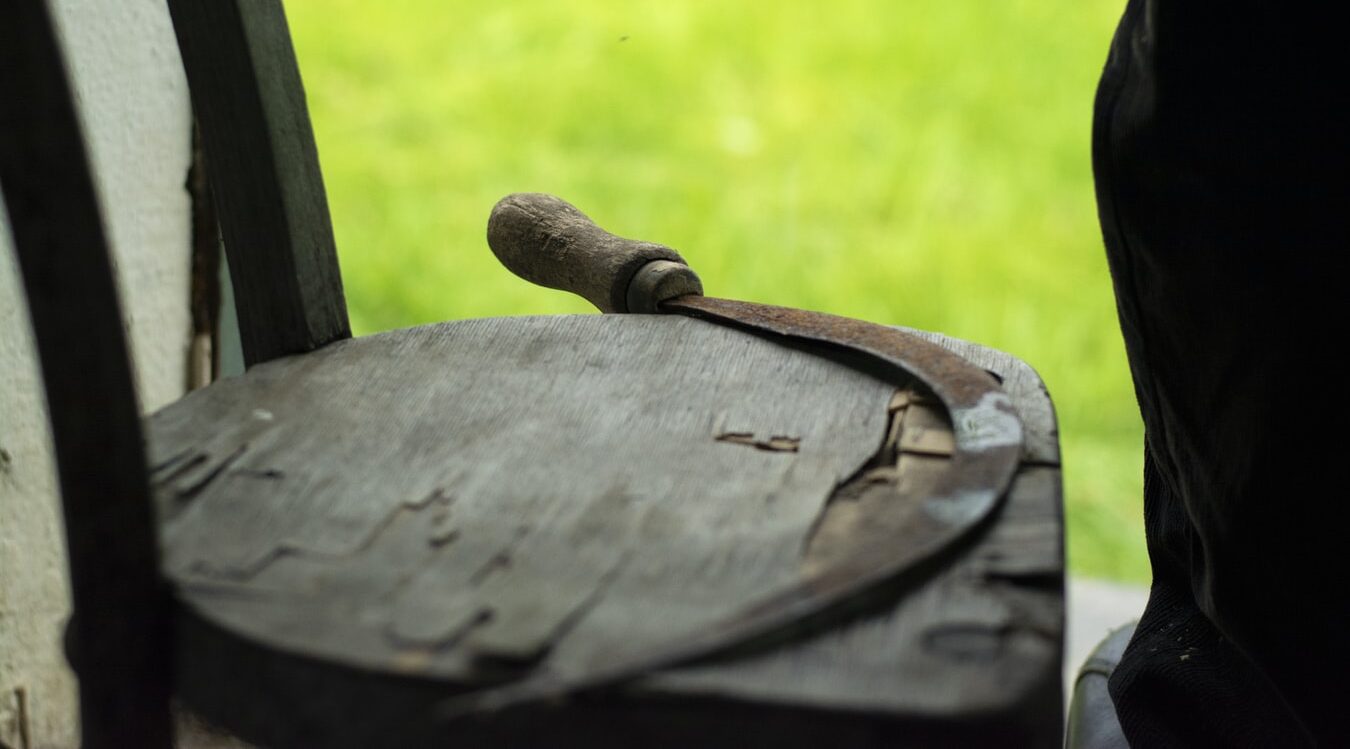 God’s Hatred of Sin and the Coming Judgment

Since God is unchangeably holy, His hatred of sin has not changed. God will always have an intense hatred for sin. One day, Christ will return to judge the nations, and those who have not bowed the knee to the Lord of hosts will suffer His great wrath.

So the angel swung his sickle across the earth and gathered the grape harvest of the earth and threw it into the great winepress of the wrath of God. And the winepress was trodden outside the city, and blood flowed from the winepress, as high as a horse’s bridle, for 1,600 stadia.

I’m going to guess that you might be unfamiliar with those terms of measurement. I’d even venture to say that you have never used “stadia” as a way to calculate distance before. Neither have I. But when we do the math, the scene John sets before us is quite astonishing. A Greek stadion was between 607 and 630 feet. Therefore, 1,600 stadia comes out to somewhere between 184 and 190 miles.

The state of Alabama is 190 miles wide. So, according to Revelation 14, the blood flowing from the great winepress of the wrath of God is as high as a horse’s bridle and would stretch from one side of Alabama to the other. God hasn’t gone “soft on sin” in the New Testament. He is the God of unchangeable holiness.

This means that those who pretend to be Christians, those who look for eternal life in some other god, and those who flat out reject the very existence of God should be terribly afraid. Because of God’s immutable holiness, He cannot and will not compromise with sin or sinners. He is patient, but there will be an end to that divine patience.

Unbelievers should dread that day. It will be worse than any person can possibly imagine. God’s unchanging holiness is very bad news for those who refuse to bow the knee to Christ in this life.

Herein is terror for the wicked. Those who defy [God], who break His laws, who have no concern for His glory, but who live their lives as though He existed not, must not suppose that, when at the last they shall cry to Him for mercy, He will alter His will, revoke His word, and rescind His awful threatenings. No, He has declared, “Therefore will I also deal in fury: Mine eye shall not spare, neither will I have pity: and though they cry in Mine ears with a loud voice, yet will I not hear them,” (Eze 8:18). God will not deny Himself to gratify their lusts. God is holy, unchangingly so. Therefore God hates sin, eternally hates it. Hence the eternality of the punishment of all who die in their sins.

Truly, “it is a fearful thing to fall into the hands of the living God.” (Hebrews 10:31) If you are reading this and think that God will excuse your sin, you are sorely mistaken. And if you continue in a state of unbelief, you can be assured that what awaits you is an eternity in Hell where God Himself will justly punish you for your rebellion forever. His holy hatred for sin will burn for eternity as those in Hell endure His wrath.

May any outside of Christ today hear the gracious call of the Lord in Isaiah 55:6–7,

Seek the Lord while he may be found; call upon him while he is near; let the wicked forsake his way, and the unrighteous man his thoughts; let him return to the Lord, that he may have compassion on him, and to our God, for he will abundantly pardon.

Refuge from the holy wrath of God is available in Christ alone who took the wrath of God upon Himself on the cross, died, was buried, and rose again so that all who believe on Him might not perish but have everlasting life. Christianity is not “radically inclusive.” It is categorically exclusive. It’s only for those who deny themselves, take up their cross daily, and follow Jesus. There is only one way and that door is Christ alone.

This blog post is an excerpt from Allen’s book, Before the Throne: Reflections on God’s Holiness