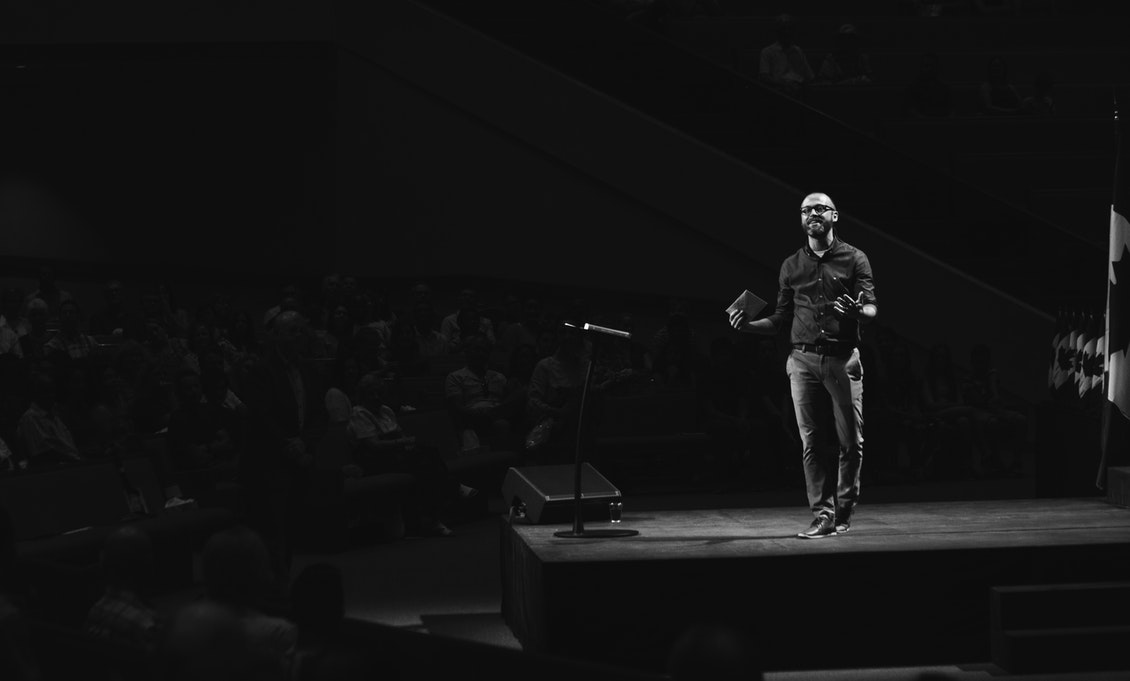 Yeah I know, I made up the word “preachertainment.” Currently, I am the only Southerner on the ThingsAbove.Us writing team. So, sometimes I offer things from my experience that might not be the shared experience of everyone else, or even from our readership. I share my geography so that you have a little context in what you’re reading today.

In the South, many churches still value “good ole preaching.” That is, they value passionate exhortations from the Word of God. They don’t want sermonettes and they don’t want movie clips. They want someone to really preach the word. I’ve even had situations where people have asked me “Are you going to step on our toes today preacher?” The desired response was yes. But, too many don’t really want to change. They only want to be entertained by good preaching. They are only there for the preachertainment.

If preaching the Word of God is still desired by many churches in the Bible belt, why can it be argued that the South is just as immoral as the rest of the Nation? How can we have a higher percentage of people who desire preaching but not be concerned about true holiness?

One reason is, preaching is not enough. You read that correctly. Preaching is crucial, vital, essential, and a distinct aspect of furthering the cause of Christ in the world and for building healthy churches. Yet, preaching in and of itself is not enough. Without the Holy Spirit attending the preaching of the Word, preaching itself falls on deaf ears, or sometimes it falls on ears that love to hear it, but will never heed it.

A lot of time and money is put into honing one’s skill in preaching. I’m not against this per se, but I want our readers to be wary of amassing a crowd of people who are there solely for preachertainment. Those who love the oratory skill, but refuse to really obey the Bible. This is why pastors must prioritize preaching, but not idolize it. They must understand that their ministry extends beyond the time in their study and beyond the time behind the pulpit. Pastoral ministry involves knowing your people well enough to see areas of their life where they enjoy good preaching but are not heeding what is actually being preached.

There is biblical precedence for preachertainment. In the Old Testament, God told this to the prophet Ezekiel (Ezekiel 33:30-33):

The exiles in Ezekiel’s day loved to hear him preach. His preaching was like a singer with a beautiful voice. I mean, what pastor wouldn’t want people talking about his sermons outside of Sundays!? These people even invited others to come hear Ezekiel’s messages! But the problem was, it was all preachertainment to them. They enjoyed the act of preaching, but they did not desire to act on the preaching.

To the 21st Century

Obviously, there are some differences between exilic Judaism and the modern church. Yet, I think we can see some striking application from this passage to consider.

The exiles enjoyed the preaching of God’s Word for others. That is, when Ezekiel preached against the sins of those remaining in Judah, I can imagine a “That’s right!” or an “Amen!” coming from the congregation. But they didn’t want to embrace the finger pointed right at them.

Many preachers in the Bible Belt can get a hearty amen when preaching on the sins of the LGBTQ+ community (which we should preach against), but might get fired for holding a solemn assembly for the church’s own sins (I have a similar story). Or, a preacher may get the whole congregation’s approval when holding up a Bible and saying “this is the inerrant, infallible, authoritative word of God!” But, when it comes to the percentage of people actually reading that Bible, it is significantly lower than the number of amens shouted.

Turns out too many people only desire preachertainment. Their Sundays have come to be about checking off a box and enjoying “getting their toes stepped on,” instead of surrendering their lives wholly to Christ. They may even invite others to come hear the wonderful preacher. But they are unconcerned with conforming their lives to what is being preached.

Once, before my first pastorate, I had a lady in the church I was preaching in tell me consistently how much she enjoyed my preaching. Many Sundays she would come up to me and tell me how much I was improving and that I needed to be the church’s pastor.

I eventually became pastor of that church. Without going into too much detail, this same lady was later part of a group of people who were trying to remove me from the role of pastor. Turns out, she only loved preachertainment.

The point is, I have witnessed firsthand people saying things like “That’s some good preaching” only to see the preaching of the Word go unheeded. It’s one thing to shout “Amen!”, cry, walk an aisle, or say “Good sermon today” as you shake the preacher’s hand, and quite another to live a life that heeds the preached word.

So, if preaching is “not enough” what do we do? We keep on preaching. Why? Because it is the means by which the Holy Spirit converts sinners, challenges saints, and corrects the South (or any region, but I had to keep the alliteration going). The only way to fix preachertainment is to keep preaching and seeing the Holy Spirit melt cold hearts.

We keep on preaching trusting the Holy Spirit to do His work. We pray and plead with God to attend the preaching of the Word understanding we have no hope without it. And we also are resigned to the fact that for those who only want preachertainment, they will one day “know that a prophet has been among them.”

Let us be wary of people who continue to say how much they enjoy our preaching, but never seem to heed what is actually preached. It’s not enough for people to enjoy good preaching. True believers seek not only to hear the word, but to do it (James 1:22).