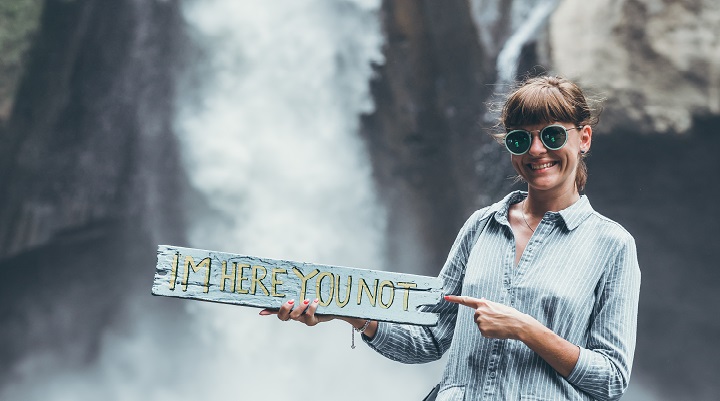 Beast mode refers to a state of performing something, especially difficult activities, with extreme power, skill, or determination (dictionary.com). For sports enthusiasts, this is most commonly understood when Marshawn Lynch famously has torn through opposing defenses (see here). The idea is that a human being begins to function in a different mode than normal, exhibiting characteristics which can only be attributed to a beast or animal of exceptional strength. It’s a compliment of the highest order in sports. Consider the words of Asaph:

Psalm 73 3 For I was envious of the arrogant when I saw the prosperity of the wicked. 4 For they have no pangs until death; their bodies are fat and sleek. 5 They are not in trouble as others are; they are not stricken like the rest of mankind.

Asaph confesses that when he sees the rich and luxurious lifestyles of those who do not serve the Lord that he is jealous of their lot. He notices their outward appearances, how they have merriment — and what appears to be a lack of suffering that is common to God’s people (Phil 1:29). But notice what God reveals [emphasis mine]:

Psalm 73 21 When my soul was embittered, when I was pricked in heart, 22 I was brutish and ignorant; I was like a beast toward you.

In fact, God, through Asaph, tells us that [his] feet had almost stumbled, [and his] steps had nearly slipped (Ps 73:2) in his envy. In our metaphorical walk with God on the narrow path, stumbling and slipping are dangerous terrors. Many who appear to walk the walk have stumbled and proved themselves to be “not of us” (Phil 3:18-19;1 John 2:19). The imagery in Psalm 73:2 is that of a man of God beginning to look no different from those who do not know God at all.

The irrationality of it all is based, at least in part, in the short-sightedness of envying the wicked. See again:

Psalm 73:19,27 19How they are destroyed in a moment, swept away utterly by terrors! 27 For behold, those who are far from you shall perish; you put an end to everyone who is unfaithful to you.

What Asaph is taught, and what we are to glean as well, is the truth that the wicked, (although they may enjoy temporary comfort and prosperity), will never inherit the kingdom of God. Their end is destruction, those whose god is their belly with minds set on earthly things. What rational being would be envious of someone whose only inheritance is eternal torment?

Now imagine somehow Patriot players actually had a promise from God they would win that game, yet in the middle of the third quarter were jealous of the temporary joy the Falcons were experiencing as they tasted victory? I would rebuke any Patriot who was jealous of the Falcons temporary lead and remind them that they already know they are going to win in the end.

We have an even better promise from God of eternal life in Christ Jesus our Lord. We already know how our story ends, we are glorified with Jesus — while those who do not know him will be punished in everlasting fire. If anything, the temporary prosperity of the wicked ought to magnify the mercy of God in our minds. That He would allow vessels made for destruction to enjoy even a few moments of His goodness is beyond what they (or we) deserve.

The godly man is contented in God and His promises. A child of God must approve what is excellent (Philippians 1:10), and must never be bitter with God because of his greater suffering than that the wicked. We must through Christ’s strength do all things (Philippians 4:11-13).

Here is where the rubber meets the road. We know that in our flesh we will be tempted toward envy and bitterness, yet in Christ we are to put away these things (Ephesians 4:31;1 Peter 2:1;Hebrews 12:15). How do we do that? How can we obey this command of God? Asaph faced the same dilemma:

Psalm 73 16 But when I thought how to understand this, it seemed to me a wearisome task, 17 until I went into the sanctuary of God; then I discerned their end. It wasn’t until Asaph visited God that he found the key to living this life of contentment among the prosperity of the ungodly. Remember in Psalm 73:2 where Asaph wrote that his feet had almost slipped? Look at what God will do with the feet of the ungodly: Psalm 73:18 Truly you set them in slippery places; you make them fall to ruin. While our feet almost slip, the feet of the wicked will not only slip — God is the one who places them in the slippery place! His holy hatred is an attribute not often talked about, let alone lauded, but the God who will laugh at the calamity (Psalm 2:4) of His enemies is also the God who, after a period of apparent prosperity, will actually cause His enemies to stumble to their doom.

But for God’s children, there will be no slippery places like this from where we might fall! God does not tempt His children, but when we start to slip it is due to the evil that still lies within us (James 1:13-14). God actually puts His children on solid ground, the rock that is Jesus Christ. We cannot stumble and ultimately fall. And, if we would remember that, we would have contentment in God and His providence and rather than envy the wicked, we might pity them and reach out to them with the mercy of God that leads to eternal life (Psalm 73:28; Jude 1:21)!

So, like Asaph, we have only to hope in God and his promises. When we remember what He has already done for us in Christ, we will have confidence regarding what He is doing to us and what will be accomplished in the future as well.

Asaph said it best at the end of Psalm 73:

23 Nevertheless, I am continually with you;
you hold my right hand.
24 You guide me with your counsel,
and afterward you will receive me to glory.
25 Whom have I in heaven but you?
And there is nothing on earth that I desire besides you.
26 My flesh and my heart may fail,
but God is the strength of my heart and my portion forever.

28 But for me it is good to be near God;
I have made the Lord God my refuge,
that I may tell of all your works.