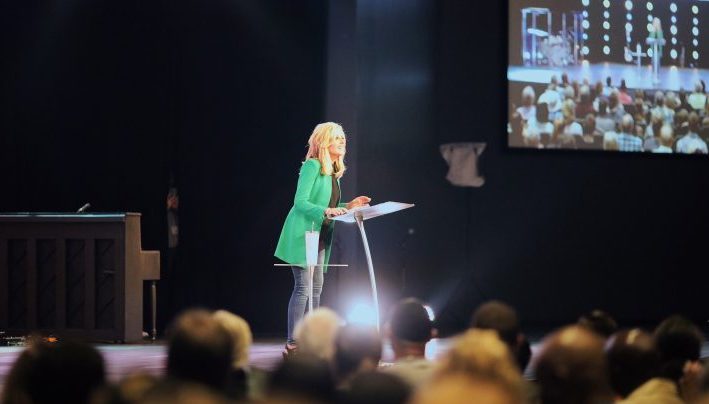 Dear Egalitarian: Even Some Men Are Not Qualified

With all the hubbub about Beth Moore and her doubling down concerning being qualified to preach, social media has erupted with pragmatic reprimands. From the laymen to the pulpit, it seems like the giant elephant in the room has grown too big for evangelicalism to ignore. But while it may be easy to poke the pachyderm concerning women as pastors/formal leaders in the church, my attention is drawn to another corner of the room — the men. It has always been a small contention of mine that we do not do a biblical job vetting our potential leaders in the church. In the military, more specifically the Air Force, the rank of Chief Master Sergeant is as rigorous as it is competitive. Sure, there are politics involved. But the thing to keep in mind is that your whole career is under scrutiny before you are deemed “worthy” to be robed with such an honorable mantle. Not just anyone is picked. Only 1% of the entire Air Force is compromised of “Chiefs. They are to be the elite. The crème de la crème. A leader of leaders! And just about anything can disqualify and discriminate them from being promoted (as long as it is legally allowed).

Though the LORD’s criteria for a suitable leader is different from the military’s, I would say being a formal preacher and teacher within the church is a much higher and nobler standard. When it comes to the leaders in our churches, we don’t want just anyone to take on that role, especially a pastor. Whenever I hear of some getting upset that we are “discriminating” against women, I chuckle. Why? Because even some men are not qualified! Let that percolate for a bit.

There is an array of qualifications that must be considered before we allow any man to teach/preach in our pulpits, let alone a woman. Whether they are going to be elders or formal teachers, it would be foolish for any congregation to say that we shouldn’t discriminate seeing that the word of God divvies up a healthy dose of (dis)qualifications. Let’s look at five areas where men are the most susceptible to disqualification.

In 1 Tim 3:1-7, right after the dreaded chapter 2 where Paul expounds upon the prohibition of women to have a formal teaching/leadership role over the local church, Paul gives these potential (dis)qualifiers.

The saying is trustworthy: If anyone aspires to the office of overseer, he desires a noble task….not a lover of money.

In other words, there has to be an internal call! And let’s face it, this cuts out the majority of candidates. A lot of men want to be famous. They want to be honored. And yes, they want to be heard and acquire a following. But they don’t want the accountability and responsibility that goes with such a calling. Furthermore, Peter exhorts his fellow elders to exercise oversight to shepherd the flock of God, not under compulsion, but willingly and eagerly as God would have you to do (1 Peter 5:2). I don’t know too many who understand the gravity of this office that would so hastily judge themselves faithful here. Notice also how Peter and Paul point out that we are not to be motivated by the “love of money.” One temptation when leading people is to lord it over them and abuse our authority (1 Peter 5:3). And not just in a domineering way, but also in the same way David did with Bathsheba by taking a woman that didn’t belong to him. But there are many who see the ministry as a get rich quick scheme and are concerned more about their own profit than the profit of others. Because it is the males who typically are most concerned with providing for the family (and rightly so), it is men who will have the most temptation to see preaching this as a means of shameful gain.

Because of the above, there are not only many who will not aspire to be an elder, be there will be many more who will aspire for the wrong reasons.

Therefore an overseer must be above reproach…sober-minded, self-controlled, respectable, hospitable, able to teach, not a drunkard, not violent but gentle, not quarrelsome…

This barrage of qualifications should cause anyone who thinks they have the “equal right” to be teacher/leader to throw in the towel. Some of these character traits can be convicting even for the above-average man, let alone a potential elder. But here are three areas where most men fail, and where God calls us to be qualified. The home is probably the single, greatest litmus test for anyone who is going to be a public figure within the body of Christ. If you want to get down to the nitty-gritty of whether or not someone is (dis)qualified, get to know them in their own home. You can eat with them. Run errands with them. Talk to their neighbors. Inquire about them to their co-workers and supervisor. Oh, but what a dangerous thing it is to see how his family responds to him. For this reason, Paul says we are to be:

These aren’t easy qualifications to meet. And the blaring caution at the end of 1 Tim 3:5 should make any man tremble before he haphazardly promotes himself to lead and care for God’s church.

Moreover, he must be well thought of by outsiders, so that he may not fall into disgrace, into a snare of the devil.

Next to his family, how is an aspiring leader of God’s people thought of by the lost? How well does he live among the dead? It is not so much that he will never be reviled since that is a natural reaction to godliness, but is there evidence of hypocrisy or deceit? And could his behavior fan the fire of their claims? Our reputation among unbelievers can easily disqualify us from our “noble task.”

This is why Paul emphasizes that we must be well thought of by outsiders. Like being above reproach, we are to model such godliness that it would be impossible to bring credible evidence of wrongdoing against us. And our model should be so obvious before all, that if an unbeliever tried to bring a false accusation that the accusers would feel deep shame because they know it isn’t true (1 Pet. 2:12,15; 3:16). And perhaps this would even provoke those who hate God to even defend you! However, notice that this isn’t just about being a good-ole-boy. But it is about genuinely being “well thought of” by the lost.

The main consequence that Paul is trying to prevent is disgrace. In other words, reproach (see #2 above). More specifically, disgrace upon the gospel. Where I have personally witnessed this happen most is when the professing Christian behaves in a way that is grievously hypocritical, which, consequentially, destroys their testimony. Falling into this type of scandal diminishes a credible Christian witness, and is indeed a trap of Satan. It is a tragedy when any Christian is ensnared in this way, let alone an aspiring leader. And unfortunately, too many men fall into this sort of trap, thus disqualifying themselves.

He must not be a recent convert, or he may become puffed up with conceit and fall into the condemnation of the devil.

If there is one area where many men (and churches) have to reexamine themselves heavily, it’s here. I’m not giving an age requirement. Nor is it wise to put out a dogmatic model of “how soon is too soon.” But I can confidently say that a multitude of men would be/are disqualified (though temporarily) from entering the eldership, let alone have any influence in our local churches if we take this requirement seriously. And if you haven’t noticed with the recent Kanye West extravaganza, and with Joshua Harris falling away, we haven’t learned from our mistakes. We just keep giving young man after young man (and women) platform after platform. Whether it’s by sharing their books, their podcasts, their music, their blogs, etc., we need to be more cautious about the kind of influence we allow young men to have. Falling into pride and conceit is a real problem for many. Thus, this is a fundamental requirement to be cognizant of when “qualifying” men.

I think it is important to note that some of these areas can be areas of maturity. Not being ready in some of these areas may not permanently disqualify someone, but it should cause us all to pause and consider. Moreover, we should evaluate all these areas together as a whole. Not as a means to pick apart someone’s life, looking for any little excuse to disqualify them. But as a means of grooming legit leaders, teachers, pastors, elders, and deacons in the church. We should give space and grace for fruit to grow, but we should no longer be naive to think that just anyone is qualified.

So if you’re upset that women can’t be an elder, pastor, or formal leader/teacher over men in the normal life of the church, don’t be. Every man can’t be either. And that is the way God intended it.

Matthew 12 gives us a quotable quote: "Therefore I say to you, any sin and blasphemy shall be forgiven people, but the blasphemy against the Spirit shall not be forgiven." Is this a sin that Christians can commit and lose salvation? How do you know if you've committed...