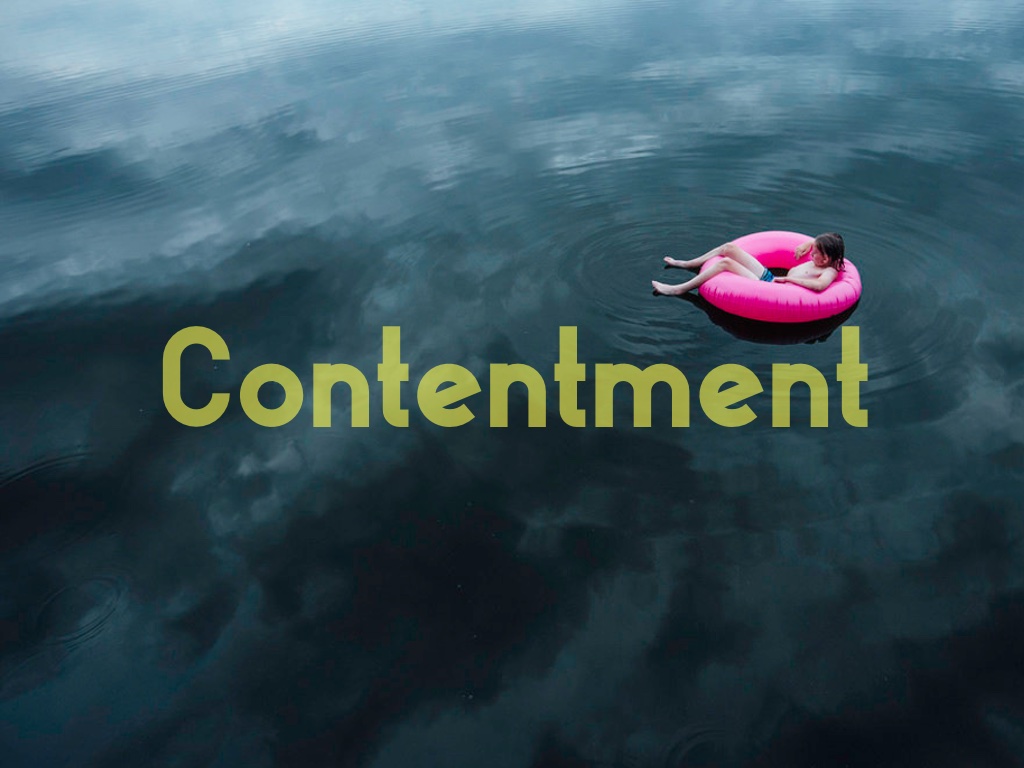 God will work when He pleases, how He pleases, and by what means He pleases. He is not bound to keep our time, but He will perform His Word, honour our faith, and reward them that diligently seek Him.

As a Bulls fan and Illinois-boy, Michael Jordan, of course, is my favorite athlete of all-time. I remember where I was when he won his fourth championship on Father’s Day (at my sister’s house in Aurora, IL), his “Flu Game (on my parent’s bed)” and the “Final Shot (again, at my sister’s house).” I was sort of old enough to follow his second three-peat closely, as well as his comeback attempt with the Wizards (unfortunate). After that, he just sort of disappeared from the scene. Then ESPN released an incredible article in 2013, Michael Jordan Has Not Left The Building by Wright Johnson. Here’s an excerpt:

There’s no way to measure these things, but there’s a strong case to be made that Jordan is the most intense competitor on the planet. He’s in the conversation, at the very least, and now he has been reduced to grasping for outlets for this competitive rage. He’s in the middle of an epic game of Bejeweled on his iPad, and he’s moved past level 100, where he won the title Bejeweled Demigod. He mastered sudoku and won $500 beating Portnoy at it. In the Bahamas, he sent someone down to the Atlantis hotel’s gift shop to buy a book of word-search puzzles. In the hotel room, he raced Portnoy and Polk, his lawyer, beating them both. He can see all the words at once, as he used to see a basketball court. ‘I can’t help myself,’ he says. ‘It’s an addiction. You ask for this special power to achieve these heights, and now you got it and you want to give it back, but you can’t. If I could, then I could breathe.’

Discontentment debilitates. The paragraph above has always stuck with me because it’s so…sad. Still, after all these years, all the accomplishments, all the “glory” as the world defines it, Jordan can’t and won’t find rest and repose. Competition and the NBA was a broken cistern — it was water that left him thirsty again.

But this writhing, craving addiction for more isn’t confined to the secular world.

James MacDonald wanted more, so he gambled, connived, and sought glory for himself. The awful, stomach-churning sexual abuse scandal within the Southern Baptist denomination is born out of an intense and wicked desire for something other than what God has provided through the marriage relationship. The envy and covetous spirit promoted through secular music, television, and social media has found a home in the very place where it should be mortified! So, in order to survive and bear fruit in ministry ourselves, whether pastors, Sunday school teachers, or nursery workers we, like Paul, want to know what it means to be content and learn the secret of it (Phil. 4:11-13).

Thomas Watson wrote, “O’ behold the excellency of contentment! ‘If God is mine,’ says the contented spirit, ‘it is enough; though I have no lands or tenements, his smile makes heaven; his loves are better than wine. I have a little in hand — but much in hope; my livelihood is short — but this is his promise, even eternal life!'”

The best and most logical place to start in our study of this jewel — the glorious treasure of Christian contentment — is in the nature of the eternal, Trinitarian Godhead itself. The Father has loved and contented Himself in the beloved Son for all-time—before the world began (John  17:24). He announced through the prophet Isaiah that Jesus is the chosen One in whom He delights (Isaiah 42:1), and proclaimed “This is my beloved Son, in whom I am well-pleased (Matt. 3:17; Matt. 17:5).”

“Well-pleased” and “delights” are wonderful synonyms for “contented in.” In other words, the Father doesn’t need to save anyone due to his own loneliness, lack of glory, or boredom. He wasn’t lacking that cherry on top, nor was his grace deficient. He was 100% content in Himself and the marvelous, dazzling beauty of His Son, who has always been at the Father’s side (John 1:18).

Michael Reeves writes in his book Rejoicing in Christ, “First, if there is nothing more precious to the Father than him, there cannot be any blessing higher than him or anything better that him. In every way, he himself must be the ‘very great reward’ of the Gospel (Gen. 15:1). He is the treasure of the Father, shared with us…Jesus has satisfied the mind and heart of the infinite God for eternity…If the Father can be infinitely and eternally satisfied in him, then he must be overwhelmingly all-sufficient for us. In every situation, for eternity (emphasis mine).¹

At His base, our God isn’t searching, thirsty, insecure, or wanting more — He has Himself. He’s not looking for the next adventure, he’ll never face a mid-life crisis, and He doesn’t need another challenge. God is content, He’s perfectly satisfied in what He has and what He is.

The World In Minor Key

Ecclesiastes 1:2-6 says: “‘Meaningless! Meaningless!’ says the Teacher. ‘Utterly meaningless! Everything is meaningless.’ What do people gain from all their labors at which they toil under the sun? Generations come and generations go, but the earth remains forever.”

Like Michael Jordan, Solomon gained the whole world; but in gaining the world he discovered its music was written in a Minor Key. The earth has the poison of vanity pumping through its veins: everything in it will die under the curse.

Are you facing a midlife crisis? Are you unsatisfied in your marriage? Maybe you can’t rest and repose in this moment because of your thirst for the next. Perhaps you aren’t content with your home, your job, or your influence and are always looking up for the next ladder rung. If any of these describe you, I beg you to resolve in your heart to look more at the Trinity today: you have been brought into this Trinitarian love and satisfaction by your union with the Son through faith. All the precious promises about your past, your present, and your future have been provided in Jesus.

Before I close, I have to address two other issues regarding a lack of contentment in the Christian.

1. When we want or crave more, it’s because we believe we deserve more than we actually have. This is spiritual pride that views Jesus like a butler rather than Lord. We’ve lost sight of the Gospel: Christ died for the ungodly. We deserved wrath but got mercy; we deserved eternal squalor, but we got infinite riches. We earned punishment, but Christ earned our righteousness. This is enough to make a Christian content — if he will meditate on it.

2. When we covet or envy others, we are telling God that He isn’t enough and His Providence is faulty. This is what Satan has done and is doing. We are acting like those who are confined to his wicked kingdom and are now using our bodies as weapons for his own cause (Romans 6:13). God gives exactly enough at exactly the right time, and no one has the right or authority to question His goodness. God has even given Himself to us, and trust me, He is plenty.

So you see, contentment is rare in our world, but those who do find it find it in Christ. Please, rest from all your labor and striving for more, and find your contentment in our Trinitarian God. Your joy, your marriage, your friendships, and your ministries depend on it.

See all posts in this series: