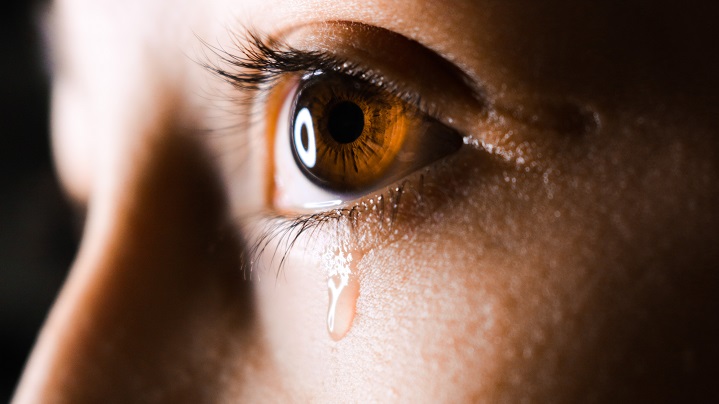 The idea that a shared experience is necessary for someone to be truly able to help another person is a pretty commonly held belief. It seems to be a truism that someone who has “been there” is able to empathize with an affliction you are suffering in a way others may not. But the idea that a person isn’t qualified to speak truth into your life because of a lack of common circumstance is deeply flawed, at least when taken to its logical ends.

Allow me to paint a common picture for you. I’ll use a couple of fictional names, Dale and Caleb, for my example. Dale is having a lot of suffering in his life. It could be self-inflicted or purely from an external source — it doesn’t matter for this example. Caleb listens to Dale bemoan his suffering and attempts to give Dale some wisdom from God’s Word regarding how to endure suffering.

Caleb notices that Dale’s attitude is not one of godliness with contentment, but that Dale is complaining about the circumstances the sovereign Lord has put him in. And even though he recognizes that Dale is suffering, Caleb cares enough about Dale and Dale’s holiness that he wants to provoke Dale to good works. Because Caleb knows that for Dale to sin, even in the midst of a trial which is not his own doing, is never an appropriate response! (1 Peter 2:22) But just then Dale stops him. “I don’t want advice,” he says, “I just needed to vent. Besides you don’t understand what I’m going through because you’ve never been there.” Caleb sits back, disappointed. He knows Dale is suffering and has expressed his compassion toward him. And somehow, his spirit is vexed at the thought that Dale will not listen to his biblical advice.

This happens regularly. Christians try to counsel each other with God’s Word through encouragement, admonition, or exhortation — to find that their Christian brother or sister rarely heeds the exhortation, sometimes even discourages the encouragement, and almost universally balks at the admonishment! And no one says, “I simply do not agree with the Word of God,” but rather, what they say is, “You don’t understand the situation.”

What’s Wrong With This Picture?

Everyone in the embrace of a sin dismisses Biblical rebuke by claiming to be misunderstood. (Added 9/27/2013)

There are two problems which I want to highlight which I think are common to man. The first one is the inability for people to accept correction. This is, in fact, a general problem we all must struggle with in our flesh (Gal 5:17), but more specifically: when we are going through a trial we tend to think people ought to leave us alone as if we now have an excuse to sin, especially little ones like whining or being irritable.

We should perish this thought immediately. When we are going through trials we are just as much responsible for our sin as when we are not. In fact, many trials bring to light the sin that still resides in us so that we may repent and turn from it. Take notice of the glorious example of Christ as set forth by the Apostle Peter.

1 Peter 2 21 For to this you have been called, because Christ also suffered for you, leaving you an example, so that you might follow in his steps. 22 He committed no sin, neither was deceit found in his mouth. 23 When he was reviled, he did not revile in return; when he suffered, he did not threaten, but continued entrusting himself to him who judges justly. The second problem is that the excuse we make for why we avoid the godly counsel is that the person giving the counsel doesn’t understand our plight or situation. This is total hogwash. Dear Christian, consider the implications of this belief:

It breaks down into silliness rather quickly when we assume that counselors have nothing to say unless we believe they can completely empathize. Another thing I noticed, and Dan Phillips’ quote points to this — when someone doesn’t want to hear it, there is literally no amount of actual shared experience that will satisfy them anyway.

The fact is that we are all so unique that we can always find differences between us and other people! Do not let this be an excuse to avoid listening to good brothers and sisters try to help you!

But God actually does know the pains and struggles of each and every person, and God’s Word is sufficient in those situations — exactly because we desire to be counseled by someone who understands. God actually knows our pains and difficulties. And Jesus Christ is a high priest who is not dis-compassionate to our weaknesses. (Hebrews 2:17-18) No one understands like Jesus, whose Spirit authored the Holy Scripture. So when your Christian friend approaches you with Scripture and you are tempted to tell your friend that he or she does not understand, step back. Maybe he or she does not comprehensively understand, but God does, and God’s Spirit is leading them (Gal 5:25). Respect the courage it takes in our overly sensitive culture to even bring correction to someone, let alone do it at such a tender time. Commit to growing in godliness whatever your circumstances.

God’s Word and Christ Himself are able to pierce to your heart, knowing your thoughts and intentions. When God’s Word is brought by someone to you, trust that God Himself wants you to learn from it. Your friend may fumble around and do a poor job consoling you; you are not alone in that endeavor. Even well-meaning friends fail. (Job 16:1-2) But consider that if you believe you have surrounded yourself with good Christian counselors whether you would do well to listen to them at the times you feel least like doing so, and I think God will bless those efforts and you will find yourself growing in His likeness.

Note: It is possible to have crummy friends; I didn’t say everything someone says to you is accurate, nor well-timed or well said. And if you are someone who is bringing correction to someone in their trial, please do so with a spirit of love and humility. This will look very different from how you approach someone when under normal circumstances where a sharp rebuke may even be appropriate.