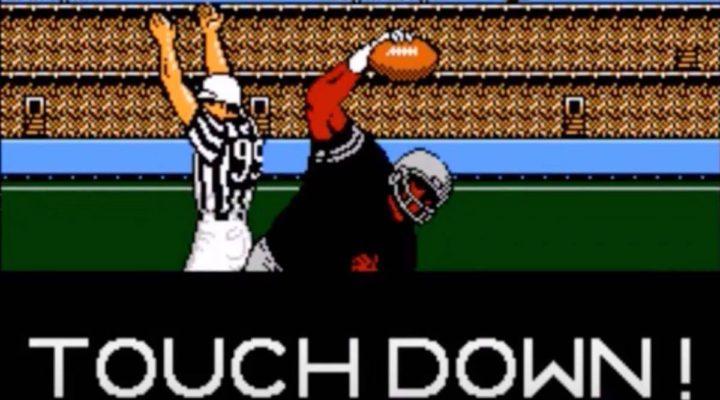 The Fleeting Glory of Man Due to the popularity of American football and baseball in the good ole USA, there is effectively no argument among gen-Xers that Bo Jackson was the greatest athlete to ever live. If you grew in the 80s and 90s, you saw his legendary feats. I say legendary because the things Bo Jackson did truly read like the tall tale of Paul Bunyan. He was a man of renown — and for good reason. In the words of Ali, “it ain’t braggin’ if you can do it.”  And Bo Jackson earned the right to boast a little (I speak as a man). I mean, this man broke a bat like a twig! Travel to YouTube and search Bo Jackson and you will find highlight videos and interviews to impress the sports fan inside you.

This guy was so good that when he was put in a video game and “rated” he was virtually unstoppable.

So when I saw this video on YouTube where Bo Jackson needs to explain who he is to a little guy of our younger generation, it made me think about man’s fleeting glory.

Everyone descended from Adam is destined to die because of our inherited sin-nature. This is outlined in Romans 5, and Garrett has some good thoughts on that chapter in the link. So when we read in Psalms 90:9 “For all our days pass away under your wrath; we bring our years to an end like a sigh.” and again in Proverbs 31:30 “Charm is deceitful, and beauty is vain, but a woman who fears the LORD is to be praised,” I think it is appropriate to recognize what every legend like Bo Jackson eventually comes to terms with—our glory and renown we may enjoy among men, however magnified at the time, is seriously fleeting.

Like a vapor that diffuses throughout the broader air, any notoriety or glory we attain eventually fades. Of the billions of people who have ever lived…statistically few of them have ever even had a biography written about them. An even smaller percentage had that biography read by a significant number of people.

Most of us enjoy the benefit of inventions made by men or women whose names we don’t know. Our High School Prom queens from 20 or 30 years ago wouldn’t turn many heads today, and the greatest athletes of all time can’t compete with men half their age by the time they are 50.

If you watch the video above, you can see that even after Bo Jackson provides this kid with his athletic resume, the kid doesn’t seem particularly impressed anyway. We all sorta like the heroes of our own generation.

I think there is a bit of inherent vanity in it all. That is, I think we enjoy seeing heroes, but a part of us wants to be the hero. So hearing even Bo Jackson tell of his accomplishments leaves us a bit empty. And who doesn’t want to believe that their generation wasn’t the greatest one? I’ve been a Browns fan all my life. A life that started over a decade after Jim Brown left pro-football. Yet, I’ve argued vehemently that he is better than Payton, Sanders, Emmit Smith, or others simply because Brown played for Cleveland, the team I grew up rooting for.

Our pride wants to be glorified and we somehow share in the glory of our favorite teams when they win, just as we share in their defeat a bit when they lose.

So What Should We Do?

Knowing that the things we do for the Lord’s sake last forever and that those things done for the applause of man and for our own glory will pass away, we should press forward in holiness. We should see even the greatest joys of this life as fading away and know that one day our health will fail, our outward beauty will be surpassed by a younger generation, our records will be broken, our name forgotten, and our wisdom eschewed by those who need it most. But we can do kingdom work and know that our God in Heaven will not forget our labors for his sake while we seek the Heavenly city.

And the world is passing away along with its desires, but whoever does the will of God abides forever.
1 John 2:17

I think it is okay to enjoy an athletic match or bask in the tone of your favorite singer. God has given us people who are gifted in many ways that reflect his glory and we can enjoy those gifts being used. But we should remember not to exalt people too highly for these temporary gifts they’ve received. We should recognize that they are mere men who need the same grace we’ve received, and we should be more attentive to give double honor to those who labor for us in the Church of God (1 Timothy 5:17; Hebrews 13:7,17).