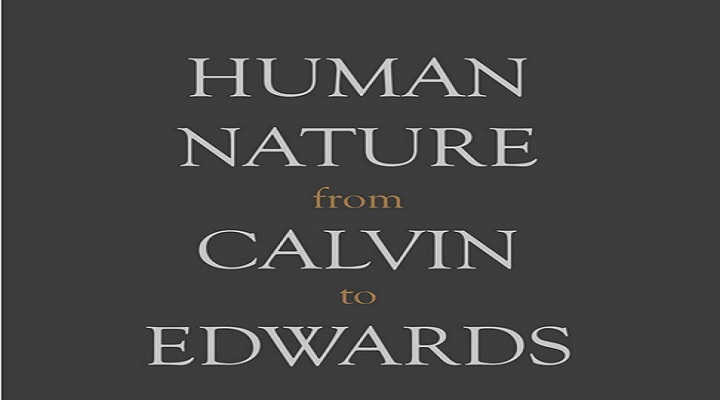 from Calvin to Edwards Paul Helm served at Regent College as the J.I. Packer Professor of Philosophical Theology. He previously taught history and philosophy of religion for King’s College of London. His other works include Eternal God: A Study of God without Time:,  John Calvin’s Ideas, and Calvin: A Guide for the Perplexed. He was also a contributor to From Heaven He Came and Sought Her and editor of Divine Commands and Morality.

What exactly does it mean when we talk about human nature? If, as the Bible teaches, all people are created in God’s image, then how do we explain ungodly behavior? Was the imago Dei destroyed when Adam sinned in the garden? If the image of God remains, is it fully intact or distorted in some way? What constitutes a human being? Are we only physical beings with bodies that become worm food when we die and that’s it? Are we body and soul? Body, soul, and spirit?

Theologians and philosophers have wrestled with these questions for thousands of years. Some have recognized reason, desires, affections, and the will as components of human nature. But what do those terms actually mean? For example, what is meant by the idea of human reason? In this book, Paul Helm gives us a guided tour of historic Reformed thinking on these questions.

The book is divided into 9 chapters and 3 appendices, followed by a bibliography and index. Helm begins Chapter 1 with a look at the idea of “faculty psychology” and how it was influenced by Patristic and Medieval writings. Next, he examines the thinking of John Calvin and his Italian counterpart Pietro Martyr Vermigli on anthropology. Chapter 3 deals with the nuances of “Body and Soul”, followed by what the soul is capable of and how it operates in Chapter 4. Moral considerations come next in Chapter 5, the “Intertwining Self” of Chapter 6, and then Faculty Psychology’s relationship to Reformed Polemics in Chapter 7. In the final two chapters, Helm asks if there is a place to go “Beyond Faculty Psychology” via John Locke and Jonathan Edwards, before concluding with “The Last Word” in Chapter 9.

There is some bonus material found in the appendices. Bavinck fans will be pleased to know his psychology is explored. Next is “Locke’s Critique of Faculty Psychology” and the final section on “Faculty Psychology and Contemporary Philosophy.” A standard bibliography and index are included, but unfortunately, there is no Scripture Index.

The Reformers on Human Nature

The author is careful to note that when the Reformers talked about “reason”, they did not mean exactly what we think of today. In their view, “reason” has to do with “belief-forming and belief-endorsing activity” and not “reason” in the Enlightenment and Post-Enlightenment sense of a process of weighing through evidence apart from divine revelation (xix). This is an important distinction to keep in mind for those who want to claim the Reformers were in a particular camp as Christian apologists. It might be too simplistic to paint the Reformers as committed presuppositionalists, classicalists, or evidentialists, For one thing, they apparently were not thinking in those categories.

Helm is very careful to present the Reformers as important thinkers, but not necessarily completely original innovators. They were clearly indebted to earlier theologians like Augustine, Aquinas, and Anselm (who Matthew Barrett called “The A Team”.)  For example, Augustine tried to draw connections between the human soul and the Trinity, eventually arguing that we possess memory, understanding, and will (4-5). Was Augustine onto something here? Are God and man both three and one in different senses?

In his section on Calvin and Vermigli, the author unpacks the ways that they respected each other and were in agreement in many areas. At the same time, they seemed to have differing relationships with philosophy. Plato’s influence on Calvin was obvious in his references to the body as a “prison house” of the soul, while not going so far as to say that the soul is an uncreated artifact of divinity (29). Calvin was suspicious of philosophers in some ways, while Vermigli was apparently more charitable (43-45).

When it comes to questions of free will and the fall, Calvin denied that human depravity is “natural” (34-35). Borrowing language from Scripture, Calvin affirmed that man was created “upright” (cf. Ecclesiastes 7:29). The problem for us is that, this side of the fall, a “shapeless ruin” is all that remains of human reason apart from divine grace (35).

Helm also includes a look at what John Owen had to say about human nature. Determining Owen’s thoughts on these questions can be a challenge since he apparently only did so incidentally and not in a systematic way (156). Helm concludes that Owen recognized distinct but connected aspects of human faculties including the will and affections. So for example, a regenerated soul will not just understand light and reject darkness on an intellectual level, it will welcome that light (158).

A large portion of the final sections of this volume deal with Jonathan Edwards. Love him or hate him, Edwards should not be ignored. Helm points out that on the one hand, Edwards was in the stream of Reformed orthodoxy as an approving reader of Turretin, van Mastricht, and others (211). On the other hand, in his early years, Edwards interacted with and was apparently influenced by philosophers such as Locke (an Arminian-ish Anglican) and Descartes (212). Locke affirmed the authority of Scripture and was rightly suspicious of those who claimed direct revelation from God and their “enthusiasms” (224). Edwards appropriated Locke’s idea of “enthusiasms” in some areas, but denied that they were “spiritual” per se, and rejected supposedly new revelation (227). Drawing from Locke but not following him blindly, Edwards ultimately came to see the human soul as a personal being, upheld moment by moment, in and through the power of God (238).

Human Nature from Calvin to Edwards is an important work and I am recommending it with some qualifications. This is not a light or easy read. If you are not already familiar with at least some psychological, theological, and philosophical categories, then this is not the place to start. There were several passages that I had to slow down and reread several times in order to grasp what Helm was getting at. In some areas, I still don’t think I got it. At the same time, not a moment of the wrestling felt wasted.

Some readers will be bored to tears by this book, while others will find it fascinating. It would be best to see this volume as a reference to dip into. If a student or ministry leader wants to know what a particular Reformed thinker had to say about a particular aspect of what it means to be human, then this book can serve a valuable resource. While this is not a devotional work per se, I think the author would be most pleased by those who are driven to worship the God who so carefully and wonderfully created us in his image. Soli Deo Gloria.