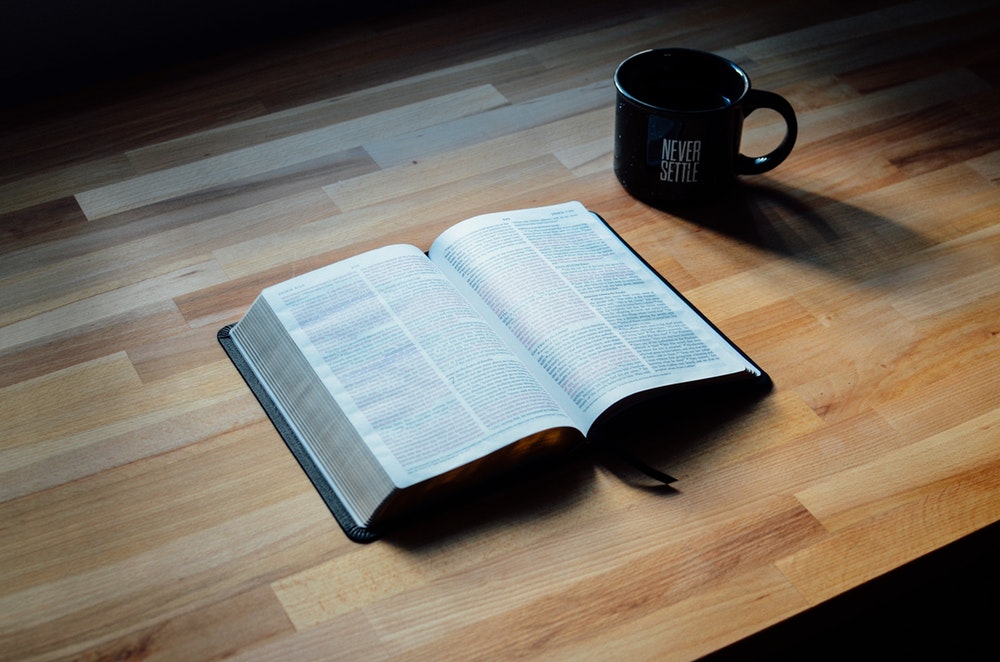 How I Became a Reformed Baptist – Part 3 When my wife, son, and I moved to Taylorsville, KY, we were ready to conquer the world. The church there loved us well, and we made lasting friendships.

My other mission that summer began once I discovered Southern Seminary had a strong Reformed heritage. I set out to understand that theology a little better in order to disprove it. I even read James White and Dave Hunt’s book and actually agreed with Hunt. How could anyone believe such weird stuff? I have journal entries where I would read a passage of Scripture and say “Ah ha! Reformed Theology can’t be true because of” … this or that verse. I never really debated anyone or got into any online Twitter arguments (seeing as Twitter hadn’t even reached its toddler years!). I just happily rested in my own conglomeration of presuppositions that I had picked up in conversations, sermons, or Bible studies over the years.

I can’t stress enough how I held to conservative views on the Bible, but I was not always submitting myself under its teachings. I had reached a level of “arrival” in my understanding of the Bible — I would have admitted to you that there was more I needed to know — but also deep down I felt like I knew enough to be the minister God wanted me to be. After all, I was just going to be working with youth the rest of my life anyway, right?

Maybe that doesn’t sound all that powerful to you, but God used that in a mighty way to bring conviction to my heart. You see, while my Bible reading was better than it once had been, it wasn’t near where it needed to be. I had been a Christian twelve years but had never read through the whole Bible, even once. I was still too overconfident in all of the things that I knew. I wasn’t humbly sitting under Scripture like I needed to be. That was about to change. I committed that day to read through all of Scripture.

The Bible was challenging me, and some of the core convictions I had held so dear began to be transformed by the power of God in His Word. Over time I began to see that these crazy people who believed in “Predestination” weren’t so crazy after all. They were just believing what the Bible taught!

Oh this was wonderful! How great and glorious was God! How He was ordering the whole universe for His own glory! How He had providentially arranged my own life, step by step, all by His marvelous grace. In a way, it felt like I was born again, again. I began to realize that God was bigger than I had ever admitted in the past and that His Word truly was the way that we are to know Him and His ways.

My view of man began to decrease as my view of God grew.

I’m not suggesting here that other discussions I had during those days weren’t important. They definitely were. But it was the Bible that actually attacked my once-held presuppositions and began opening my eyes to see the truth.

Honestly, many conversations I had during those days were with people who didn’t believe what I was now seeing in Scripture and tried to talk me out of it. But I was convinced that I was seeing the truth right there in black and white on the pages of Holy Writ.

So, in the Fall of 2008, I became a Baptist who believed in predestination as put forth in the acronym TULIP. This didn’t come about because I read any person or even understood what TULIP meant, and then went to the Bible to back it up. This came about as a result of just reading the books of the Bible and then seeing that there was a theology out there that summed up the things I was seeing in Scripture. But at this point, I wouldn’t quite say I was “Reformed” yet, as I believe this entails much more than a soteriological position. Thankfully, God continued to shape me through the Bible.

Over the next few years I grew to understand that being Reformed was much more than a commitment to God’s sovereignty in salvation. It also meant a commitment to the sufficiency and authority of the Bible, the local church, healthy evangelistic practices, a proper understanding of conversion, faithful discipleship, holiness of life, faithful worship in the church, family worship in the home, and the list goes on and on. Whatever the Bible says, that’s what we must believe and do. I did go through a typical “cage stage,” but by God’s grace, it was brief.

My friend Nathan Nalley introduced me to John Snyder (Behold Your God) and I got to see evidence of what a healthy church really looked like (not to mention the countless hours of conversations Nathan and I had about these truths). I began listening to the Ligonier app, as well as faithful preachers like Voddie Baucham, John Piper, David Platt, and John Macarthur. I read books like Family Driven Faith, and Dever’s 9 Marks of a Healthy Church. I began to realize some of our models of youth ministry and even the church at large didn’t fully square with the Bible. God showed me in His Word that a true commitment to the Scriptures literally affects everything in life, family, and ministry.

One of the hardest things about embracing this truth is that it caused great conflict in the first church I pastored in 2010. I was young and naïve enough to believe that if people could just see what the Bible says, they’d embrace it too! By this time I was becoming aware that Reformed Theology was our legacy in the SBC, but that we had lost our way over the last century. If only God’s people could see this truth like I was seeing, then they’d believe it too! I was wrong and learned much in that first pastorate.

We lost good friends and experienced some tough times. We went to bed crying on more than one occasion. (Shout out here to some of the people from the church who God used to help sustain us during those days: Prissy Wallace, the Hargroves, Craigs, Carters, the Nalleys, and the late Bobby Ashcraft – Not to take away from any others who God used during that time).

We lived with my parents for 8 months. Steph gave birth to our 3rd child, 3 weeks early during that season. But through it all, God was gracious.

In fact, the story of my life has been one big testimony to God’s unmerited favor. He has shown me grace upon grace in Christ, in my salvation, in my marriage, in my understanding sound theology, in my children, in ministry, and in every place in between. And I am confident that the grace that has brought me safe thus far, will also lead me home.

My last post will talk a little about what I think of ‘labels’ and how they can be helpful and maybe not so helpful at times.