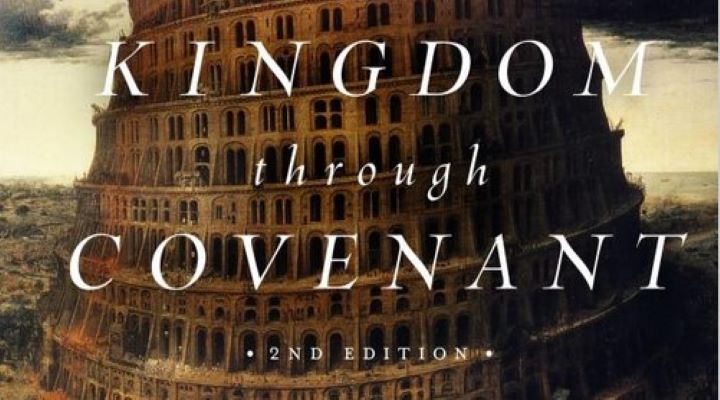 Peter J. Gentry is Donald L. Williams Professor of Old Testament Interpretation at Southern Baptist Theological Seminary and director of the Hexapla Institute. His other books include How to Read and Understand the Biblical Prophets and co-author of The Mother of the Infant King, Isaiah 7:14: alma and parthenos in the World of the Bible: A Linguistic Perspective.

Stephen J. Wellum serves as professor of Christian theology at Southern Baptist Theological Seminary and editor of The Southern Baptist Journal of Theology. He is the author of God the Son Incarnate: The Doctrine of Christ and The Person of Christ: An Introduction (forthcoming).

How should Christians read their Bibles? Specifically, how did God intend for us to understand what Christ accomplished in redemptive history? Two of the main camps in this discussion have been Covenant Theologians and Dispensationalists. If you follow the debates and personalities involved in all this, you know there can sometimes be more heat than light. I recommend my friend George Alvarado’s discussion with Andrew Rappaport on the Things Above Roundtable as a model for how to thoughtfully engage with these questions. In Kingdom Through Covenant, authors Peter Gentry and Stephen Wellum have argued for a “via media” or middle way between Dispensationalism and Covenantalism, eventually landing on the term “Progressive Covenantalism” to describe their view of the covenants. In this review, we will look at their recently released second edition of this important work.

Background of the First Edition

In 2012, while the “Young, Restless, and Reformed” movement was in full swing, two professors at the Southern Baptist Theological Seminary released a massive volume called Kingdom Through Covenant. The book forced the broadly reformed or Calvinistic to reconsider their assumptions about whether dispensationalists or covenantalists were reading their Bibles more accurately. The book was largely successful, and the publisher and authors even released a more concise, introductory book covering the same ground called God’s Kingdom Through God’s Covenants: A Concise Biblical Theology.

So why release a second edition of the larger version? The authors explain that they wanted to offer clarifications on areas where they were misunderstood, as well as corrections of their own errors (13). Gentry demonstrates humility in admitting that their exegesis in some areas was unsatisfactory. For example, their rendering of Ezekiel 16 as “affirm/ uphold a covenant.” They also explain why they went with “cut a covenant” with passages from Deuteronomy (13). The authors have completely rewritten their chapter on Daniel 9, addressing “The New Covenant in Daniel’s Seventy Weeks” (599-643). This second edition also allows for interaction with scholarship which had not been released at the time around the first edition (14-15). Wellum explains his revisions to Parts I and III, asserting that some critics of the first edition got hung up on terms like “replacement” or “via media” and ascribed views to the authors that they reject (16). These reasons alone warrant the production of this second edition and I am grateful the authors put the work into making it happen.

In Part I, the authors begin by laying out the significance of covenants when engaging in Biblical and Systematic Theology (31-50). They move on to how the covenants are addressed by Dispensational and Covenant Theologian (51-105), followed by the interpretive challenges when harmonizing the covenants (107-158). Part II is the meat of this book, as Wellum and Gentry do the hard work of expositing the relevant Biblical texts themselves, beginning with the Ancient Near Eastern and biblical views of covenant (161-177). In Part III, the authors present a summary of the biblical text (647-712), an explanation of Christ’s fulfillment of the covenants (713-766), and what they see as implications of their position related to Christology and life as a Christ-follower (767-798), and the role of the church and eschatological considerations (799-840). The authors also include an analysis of berit, the Hebrew term for covenant, in a lengthy appendix (841-904). There are ample General and Scripture indices (905-959). There are several helpful figures and tables throughout the book.

As I shared earlier, the authors have more than justified the existence of this second edition. Their arguments drew enough praise and criticism that an update was needed. Unfortunately, there was a major missed opportunity. I was disappointed that Wellum and Gentry give little to no attention to Baptist Covenant Theology when they took on this second edition. It seems only logical that two professors at the premier Southern Baptist seminary would want to engage with Baptist Covenant theologians.

In the time before and after the production of the first edition, we have seen several works on Baptist Covenant Theology, including historical and systematic treatments. While there is a brief mention of the 1689 Second London Baptist Confession (73) and a reference Greg Nichols’ 2011 work Covenant Theology: A Reformed and Baptistic Perspective on God’s Covenants (676-677), the printed General Index of Kingdom Through Covenant- 2nd Edition does not list other major Baptist Covenant Theology scholars like Richard Barcellos, Jeffrey Johnson, James Renihan, or Samuel Renihan. I ran a digital search of the version on Amazon and found 7 references to Barcellos and Reformed Baptist works like Recovering a Covenantal Heritage from Reformed Baptist Academic Press. Wellum and Gentry acknowledge Reformed Baptists as one of many varieties in this discussion but pedobaptist covenant theology is their “main focus” (73). I worry that this perpetuates the myth of a false dilemma between classic Pedobaptist Covenant Theology and Dispensationalism. To be clear, I am happy this book exists, and I foresee it as a vital resource to have in a theological library.

In Kingdom Through Covenant – 2nd Edition, Gentry and Wellum have given us a much-needed update to their seminal work on the biblical covenants. Whether one finds their arguments convincing or not, theologians who argue for or against covenant theology or dispensationalism will eventually have to consider the claims made by the authors. Recommended.