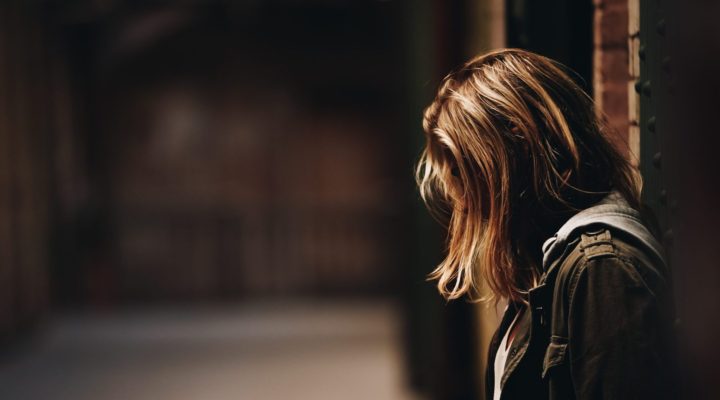 What is the Problem? We draw people to the Savior by proclaiming God’s holiness whenever we have the chance. The contrast between God’s holiness and man’s sinfulness is designed to cause men to tremble in fear before the Lord and repent and believe in Christ. To avoid declaring God’s holiness to people is an error of the highest degree. Not only do you misrepresent God when you do this, but you also deny your hearer of the very words God uses to crush people’s pride so that they may come to His Son by faith.

One of the ways God judges people is by ordaining their circumstances in such a way that they experience victimhood so that Christians become afraid to approach them about God’s holiness. For example, when a person has been abused (physically, sexually, or even verbally) they become quite injured. Horrible men (and women) carry out atrocities against their fellow image-bearers regularly in this sin-cursed world. That these horrific acts result in terrible damage to the victims is indisputable. Weeping and compassion are required if children of God are to minister to this hurt world.

But sometimes in our desire to show compassion and be gentle with folks who are hurting we go too far and are afraid to tell them that they too have offended a holy God by their sin. Because news of God’s wrath abiding on us is often very tough news to hear, we instinctively withhold this information from someone who is already hurting or has been victimized by more outwardly depraved sinners than they are. But is this the best way to help someone who is hurting?

How Should We Think About This?

Let’s look at this situation from a few angles and try to work out some godly thinking in this area.

First, victims of even horrible wickedness on this earth are also perpetrators of sin against our holy God.

Secondly, victims often become very self-righteous. That is, they always have a worse person to compare themselves to when they consider their own sin. So they sometimes find it difficult to think of themselves as the bad person in a story.

Thirdly, when we present to someone who has suffered horribly that they are an offense to God, their reaction often betrays the fact that they hate God. They may even blame God for their circumstances. Rather than run to Him for forgiveness for their own sin, they are mad that He didn’t prevent their difficulty in the first place.

Fourthly, and this is one of the hardest pills to swallow: if you add up all the suffering on this earth that wicked sinners have put each other through and could somehow measure it, the aggregated “total” of evil we have done to one another doesn’t even begin to scratch the surface of the evil we’ve perpetrated against God. The punishment we deserve from a holy God for our sin against Him is far greater than the afflictions we’ve suffered at the hands of other sinners.

That is to say: even the worst suffering imaginable on this earth falls short of the wrath we have earned for ourselves. To put it differently, when unforgiven sinners fall into the hands of the living God they will BEG to be put back with their earthly captors, no matter how bad they seemed at the time.

We can draw a couple of conclusions from these truths. First, victimhood is sometimes a circumstance that keeps people trusting in themselves and keeps them from seeking God. And second, appeasing someone else’s rebellion against their creator, even in the face of real victimization is not loving. When you do this, you are making “being liked by them” more important than spending eternity with them.

This is compounded in the USA in 2020 by a culture of victimhood. We now live in a world where everyone can find something to be offended about—we are all victims. The same difficulties we face when trying to present God’s holiness to those who are truly victims now present themselves with nearly everyone we meet. To add fuel to the fires of difficulty, most Americans feel like it’s the church or someone religious who abused them.

How Then Should We Live

We must recognize that human beings are truly capable of grievous evil and that offering help to those who are hurting is an essential component of loving our neighbors. I hope you didn’t read this post and think that the point was to beat victims down harder than they’ve been beaten. But we need to be able to discern who is truly a victim and who is simply a snowflake, and we need to be able to judge between different degrees of abuse people have endured as well. A woman who endured an inappropriate sexual remark at a workplace ought to be distinguished from a woman forcibly raped at gunpoint by a stranger. Both need healing and compassion, but we can’t pretend these situations are indistinct! Second, we must remember that the Bible warns us to preach the gospel in season and out of season. The Bible warns us that people will heap up for themselves teachers who scratch their itching ears. And we know that the only real hope anyone has in this world is in Christ. Therefore, we should never hold back from telling people the truth about God and His holiness and offer them the life-saving gospel. It is the gospel that God will use to draw sinners to himself and heal them of their hurts and resentments and free them from bitterness.

And it is the gospel that may also be used to harden the hearts of sinners who will refuse to repent. Either way, we proclaim the gospel. Don’t be guilty of withholding the truth of God from someone because you think it’s not the right season!