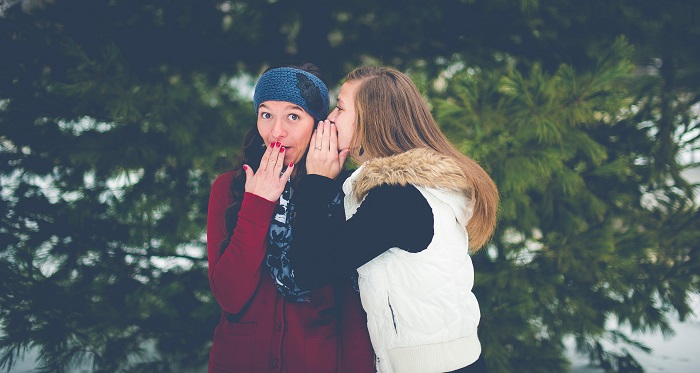 Watch Your Mouth! James’ Counsel for the Verbally Challenged – Part 1

If there is one problem I have with modern Christians, it’s how we use language.

I am not much for conversation – by nature, I have a knack for offending people and that penchant for offence usually means that I have to work two or three times harder than most when it comes to speaking. That usually means I try my hardest not to talk.

Perhaps that makes me the wrong person to talk about taming the tongue – but then again, next to no-one talks about that these days so I suppose someone should, even if it is the kid with the chronic inability to not stick his foot in his mouth.

In an age with an abundance of blogs, podcasts, books and conferences, you’d think the use of the tongue would be spoken about even a little bit. In my experience, Christians generally don’t talk about sins of the tongue for the same reason we talk about a lot of sinful behaviours – it’s not that big of a deal to us.

Gossip, backbiting, murmuring, slander, smart-aleck comments, humour at other people’s expense – they’re just not that big of a deal. As long as you aren’t committing some big sin like fornication or cheating on your taxes or getting drunk – and even that’s not that big of a deal these days – a little looseness with words is no big deal.

Well, I don’t hate to be that guy, but it is a big deal. Christians should be those who take the utmost care with their words. We shouldn’t be marked by the kind of flippant, childish and inane talk that characterizes the world around us. If I may use a controversial but accurate phrase, Christians are above that!

However, don’t take that on my say-so. I want to consider a single verse which God has used to make me think twice about a loose use of the tongue. I’m not perfect at it by any stretch but I am constantly making the grace-driven effort to be better in this area.

For we all stumble in many ways. If anyone does not stumble in what he says, he is mature, able also to control the whole body.

The letter of James is the letter of practical Christianity. It speaks in a pointed, black-and-white, matter-of-fact way that is highly refreshing when compared with most evangelicals today who seem terrified of downplaying grace by actually having the nerve to say, “If you talk the talk, walk the walk!”

One area James does a great job with is the whole area of our words. As Bible commentator Dr. Bob Utley notes:

James begins his discourse on dialogue with a pointed warning in verse 1:

Not many should become teachers, my brothers because you know that we will receive a stricter judgment.

As an aspiring Bible teacher, that verse (rightfully) keeps me honest – those of us who love to teach the Word shouldn’t run too quickly to occupy the office of a teacher. After all, the higher the office, the higher the stakes.

As he speaks to those who would teach, he goes on to note a reality that accompanies those who would speak as much as a teacher ends up doing: those who have the chance to speak the most stand in the most danger of sinning with their tongues.

Now we may read such a verse and think, “Whew…I’m not a teacher so that gets me off the hook!” Well, I wouldn’t shuffle off too quickly. While not every Christian is called to occupy the office of teacher, every Christian has a responsibility to be speaking to other believers with words that, in a sense, teach one another (cf Eph 4:29;5:4) – and in that sense, this warning applies to you just as much as it applies to your pastor or Bible study leader.

Don’t be so quick to open your mouth – you’ll be held accountable for what comes out of it! 2

2 cf. Matt 12:36 – “I tell you that on the day of judgment people will have to account for every careless [lit. worthless] word they speak.