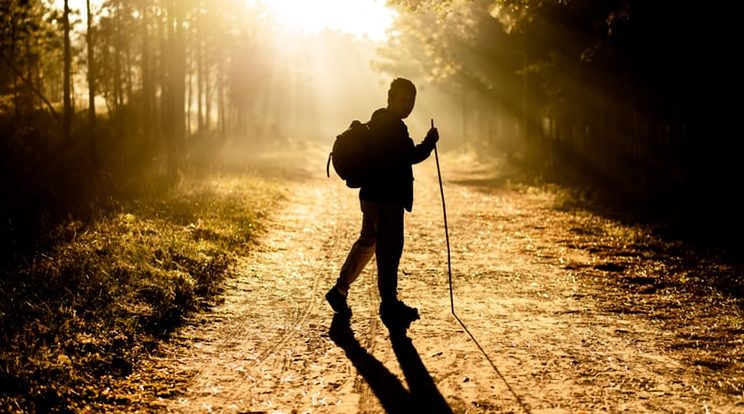 Currently, I am preaching through Genesis 1-11 at Perryville Second Baptist Church. In our 33rd week through the series (no, I am not recommending everyone go that slow!) we came upon the curios case of Enoch in Genesis 5:22-24. This series of posts fleshes out some thoughts on Enoch’s walk with God and how we too may walk with Him. Here is the text under consideration:

In this first post, I want to layout a little overview of Genesis 5. Genesis 5 is not the first genealogy in the Scriptures. That actually comes in Genesis 4:17-24 and highlights the line of Adam through Cain.

Genesis 5 is a new section of Scripture, but its purpose is intricately connected to what has come before it. It is not meant to contradict the previous chapter as though Adam’s first son was Seth, instead of Cain. Rather, it is given to us to show the differences in the godly line of Seth and the wicked line of Cain. It is one of the first places in Scripture (besides Cain and Abel) to show the differences between the godly and the ungodly, between those who walk with the Lord and those who wander from Him.

Genesis 4:17-24 highlights seven generations from Adam through the line of Cain. You have Adam first, and then Cain, Enoch, Irad, Mehujael, Methushael, and finally Lamech. So, the 7th from Adam in the line of Cain is Lamech who took two wives and killed a man for striking him.

While we don’t know everything about every person in this line, what the Scriptures present to us is a line of wandering. A line that strayed from God and went the way of the world. A line that by the time you get to the 7th generation has only increased its wickedness.

And then we get to Genesis 5, which gives us 10 generations. But there is something important about the 7th. Let’s list these names as well. You have Adam first, and then Seth, Enosh, Kenan, Mahalalel, Jared, and Enoch.

While we don’t know every single thing about every person in this line, what the Scriptures present to us here is a line of walking if you will. A line that called upon the name of the Lord (Genesis 4:26). A line that by the time you get to the 7th generation, something strange and unique happens. Enoch doesn’t meet death for God takes Him.

Are you one walking with the Lord or one wandering from God?

The 7th from Adam through Cain is Lamech who is inventing his own rules. He’s taking multiple wives. He’s murdering. He has ignored the ways of God and the rules of God and has set up himself as king. Sure, maybe he gave lip service to God. But we see in his life that he has rejected God’s rule over his life.

I wonder how many professing Christians in our day could fit under this category? More than we may realize. Maybe even someone reading this post. And that is, living a life where self is king instead of Christ. Maybe lip service is given to God, but who reject God’s Word and instead do their own thing – whatever seems right in their own eyes.

The 7th from Adam through Seth is Enoch. Enoch could not be more different from Lamech. Lamech sets up his own rules, but Enoch walks with God. Enoch submits to God’s authority. Enoch knows God personally and intimately.

I wonder if others would characterize your life as one who walks with the Lord? Are you walking with God or wandering from Him today?

One Enoch had a worldly city named after him. The other Enoch was looking forward to the city that has foundations, whose designer and builder is God. Perhaps one tombstone could have read – Enoch, the namesake of the great city of Enoch. A man admired by the world who enjoyed the pleasures, popularity, and prosperity of the world. And on the other tombstone, you could read – Enoch, He walked with God.

Which are you after today? Worldly accolades or eternal reward? Of course, the godly Enoch might not have even had a tombstone since there was nobody to be found!

Enoch’s life is unique here in that only he and Elijah the prophet are called up to God in this way. But Enoch’s life is not unique in terms of God’s purpose for humanity. You were made for communion with God. To walk with Him. To know Him. To glorify Him and enjoy Him forever.

You weren’t just made for living and dying but for walking with the Lord in holiness as you love Him and His ways.  I wonder if you are one who walks with God?