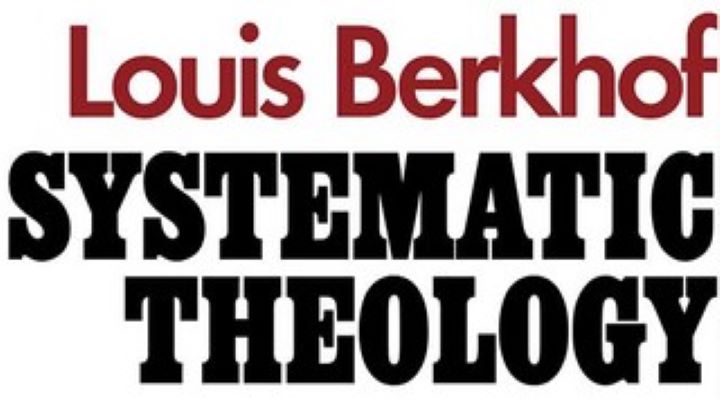 Louis Berkhof (1873-1957) is widely recognized as one of the premier Reformed theologians. His family immigrated from the Netherlands to Grand Rapids, Michigan in the late 1800s. He served as a pastor and was a graduate of Calvin Theological Seminary and Princeton Theological Seminary. Berkhof was the author of over 20 books including The History of Christian Doctrines and Foundations of Christian Education along with Cornelius Van Til. 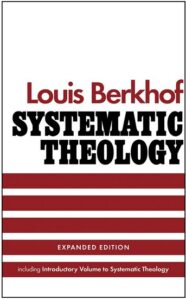 With this new expanded edition of Berkhof’s Systematic Theology, Banner of Truth has included his Introductory Volume to Systematic Theology. The complete text of both books is included and the editors made the wise decision to simply keep the original pagination. In other words, the page numbers start over after the Introductory Volume ends and the original Systematic Theology begins. Readers will benefit from the introduction by having a greater context for Berkhof’s formulation of theology and a greater understanding of how he reached his conclusions.

Dogmatic in a Good Way

Why pursue systematic theology? Berkhof’s reasoning was clear and convincing as he writes, “God certainly sees the truth as a whole, and it is the duty of the theologian to think the truths of God after Him (3).” In Part II of his introductory volume on “The Nature of Dogmas,” he rightly points out that “dogma” is not unique to theology.  As he puts it, “There are not only religious dogmas, but scientific, philosophical, and political dogmas as well (6).” Rather than “dogmatic” in the sense of being rigid or harsh, Berkhof promoted dogmatic theology as being appropriately clear about the truth of God’s revelation.

Berkhof saw three primary elements involved in dogmas (20-24). First, there is the social element, next the traditional element, and finally the element of authority. He affirmed the role of tradition, as properly defined. The author saw both liberalism and fundamentalism as failing to appreciate and make proper use of the historic creeds and confessions of the church (21). Liberalism breaks with the past and denies that the creeds hold any modern doctrinal value and fundamentalism’s motto “No creed but the Bible” is simply a variation of the same error (21-22).

Citing Hodge, Berkhof defined the Reformed view of the task of dogmatics as “(setting) forth in scientific form absolutely valid truth, and to embrace the entirety of Christian doctrine (49).” He briefly follows up with Bavinck’s equally helpful statement that “Dogmatics has exactly the task to reproduce intellectually that content of revelation that bears on the knowledge of God.” I appreciated the many areas like these in which Berkhof interacted with his predecessors in the faith while also going beyond simply regurgitating or rejecting their thoughts.

Moving on to the main text, Systematic Theology, Louis Berkhof was nothing if not thorough. He organized the work into 6 parts. First is the Doctrine of God, also known as theology proper (3-172). Next, the deliberately worded “Doctrine of Man in Relation to God (175-303).” Third, Christology is covered in “The Doctrine of the Person and Work of Christ (307-421).” The outworking of what Christ accomplished follows with “The Doctrine of the Application of the Work of Redemption (425-572).” Berkhof transitions to Ecclesiology in Part Five’s “The Doctrine of the Church and of the Means of Grace (575-688).” Lastly, is “The Doctrine of the Last Things (691-774).” A standard Bibliography (775-787) and Author and Subject Indices are included but sadly, no Scripture Index (789-807).

Berkhof characterized the Reformed view of God’s revelation as being in direct opposition to Thomas Aquinas’s scholasticism. Berkhof argued that Aquinas promoted “a system of scientific theology (built) on the foundation of natural revelation (23, emphasis added).” The Reformed denied what Berkhof called Scholasticism’s “dualism” and a belief in “the ability of human reason to construct a scientific system of theology on the basis of natural revelation pure and simple.”

Divine simplicity receives some attention in Berkhof’s Systematic Theology when we come to Chapter VI and The Divine Attributes (40-51). Much more could be (and has been) said about simplicity, but Berkhof is at least clear about what he does say. He characterized simplicity as the affirmation “that God is not composite and is not susceptible of division in any sense of the word (50).” For the author, God’s attributes or properties such as righteousness, truth, wisdom, and love, “because of their absolute perfection (are) identical with His being (51).”

I have written before about the intersection of systematic theology and the doctrine of adoption. I appreciated the fact that while Louis Berkhof did not go into exhaustive detail on adoption, he at least touches on the subject. He included adoption in his chapter on Justification (530-547). In his formulation, justification has a “negative element” in the fact that it involves the remission of sin based on the completed work of Jesus Christ (534). On the other hand, God’s adoption of redeemed sinners is a “positive element” along with their receiving the right to eternal life (536). Berkhof writes, “By virtue of their adoption, believers are as it were initiated into the very family of God, come under the law of filial obedience, and at the same time become entitled to all the privileges of sonship.” The doctrine of adoption is in direct contrast to modern ideas about everyone being God’s children since, “one cannot well adopt his own children (536).”

Louis Berkhof’s Systematic Theology – Expanded Edition is a must-have for any serious student of theology. Banner of Truth has given us a handy single volume of Berkhof’s most significant works. Highly recommended.