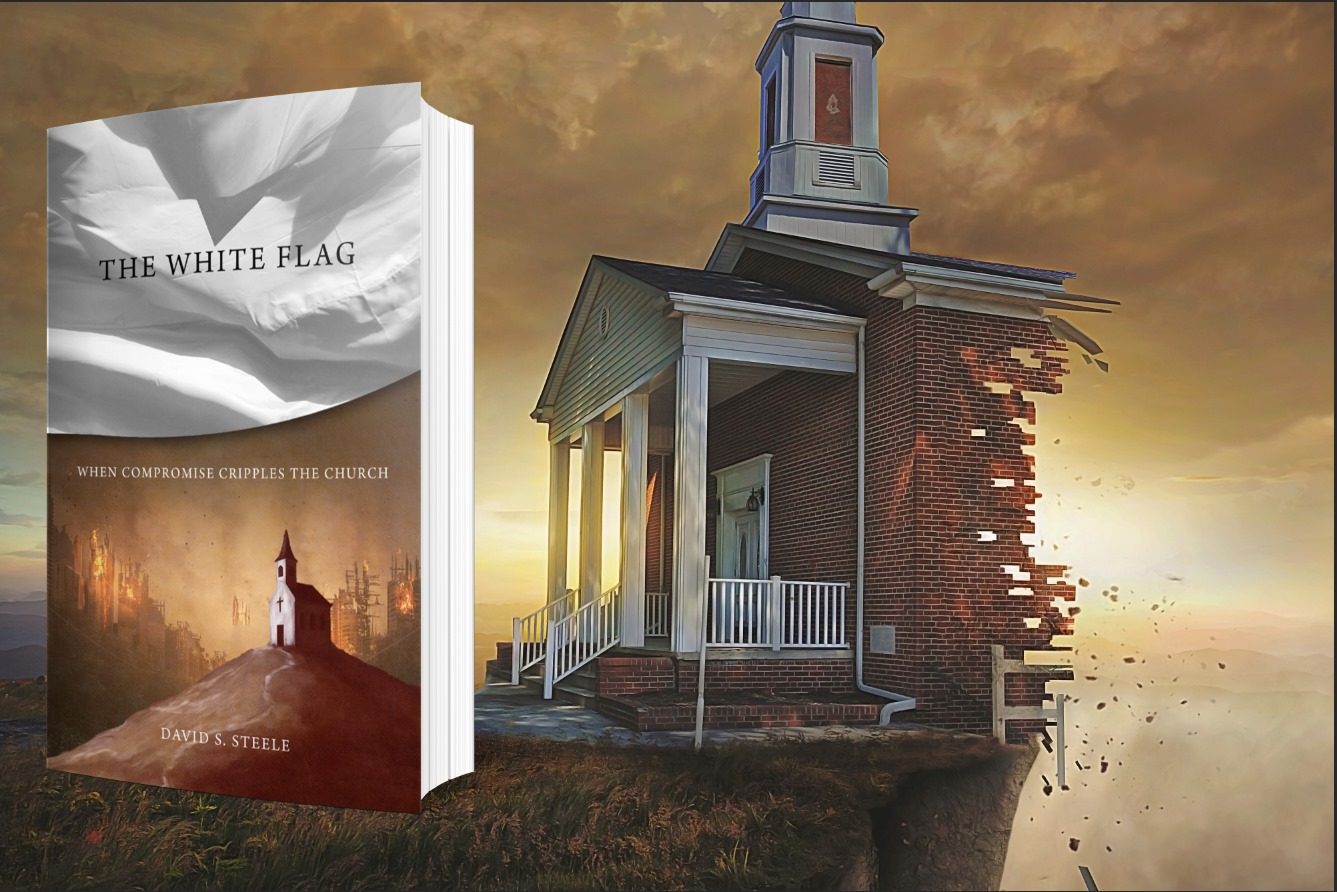 The Myth of Peacetime Christianity

One of the things I got to do over the Summer of 2019 was read David Steele’s new book The White Flag: When Compromise Cripples the Church and write its foreword. I commend this book to TAU readers. In today’s post, I’m simply posting the foreword for the book. See the end for ordering information.

Foreword to The White Flag

Peacetime Christianity does not exist. Not yet anyway. Not as long as we wage war with the world, the flesh, and the devil. Until Jesus comes back, the battle rages and there are no days off.

Not everyone sees it this way, of course. I remember in my first pastorate when a deacon told me that most days in his life, he spent about two minutes or less in prayer and if ever anything really serious came up he would devote a little more time to it. He and another man actually reprimanded me for suggesting that two minutes in prayer wasn’t enough. It was not my desire to put a time limit on prayer, but for us to realize something that is crucial to walking with Christ: there is no such thing as peacetime Christianity.

The problem, of course, is so many live a peacetime Christianity in the midst of an all-out onslaught against the truth. Can you imagine a soldier in the midst of the fierce battle of Iwo Jima writing a letter about how great the weather was that day? Or what about a heart surgeon in the middle of a triple bypass beginning his fantasy football draft? Too many professing Christians are living casual lives almost oblivious to the compromise happening all around them, even in their own hearts, homes, and local churches.

In steps Dr. David Steele with this book, The White Flag: When Compromise Cripples the Church. In this book you now hold, Steele sounds the alarm on the critical state of so many local churches today which are raising the white flag of surrender to a wicked and corrupt culture instead of standing firm in truth and calling sinners to repentance and faith in Christ. It is critical that Christians today see the war for truth all around them and wake up from their slumber of capitulation. “We must,” as Steele writes, “repudiate lazy, lackadaisical, passive Christianity.”

As the author lays out the reality of the spirit of our present culture, the reader will be reminded that not only are there those outside the church seeking to destroy the truth, but there is arguably an even greater threat from those inside the church who intentionally or unintentionally twist the truth. Pay careful attention to Part 2 as we are shown how too many within the church are seeking to dismantle God, disregard doctrine, denigrate the work of Christ, disregard Christ’s judgment, and demolish the Christian mind.

In each of these areas, too many professing believers are watering down the truth of Scripture. Sometimes this is not done intentionally but results from a chain of pragmatic choices that only hoist the white flag of compromise ever higher. And regardless of intentionality or not, there will be serious consequences for those who impugn the character of God, make light of his truth, scoff at Christ’s work, neglect his coming judgment, and numb the Christian mind. The key is this: there is no neutrality! If we are not intentionally seeking to actively combat these errors, then we have placed ourselves on the wrong side of this war for truth.

When you see a medical doctor for a serious health issue you are facing, you most likely want one who will not only tell you the truth, but is also willing to go through the details of both how this happened, and what the solution is. This is exactly how Dr. Steele writes in the pages ahead. With skillful precision and an honest, yet loving bedside manner, you will be shown the truth of how the church has slipped into such a state of compromise. But you will also see the way out. Yet, I need to warn you: lowering the white flag isn’t for the faint of heart. You must be willing to stand boldly upon the holy, authoritative, inspired, inerrant, and all-sufficient Scriptures. You must reaffirm your commitment to the perfect life, substitutionary death, and victorious resurrection of Christ. You must be serious about personal holiness and you must be zealous to proclaim the gospel to all people, calling them to repent of their wretched sinfulness and to flee the wrath to come by placing their faith in Christ alone as their only suitable and all-sufficient Savior.

You must understand the robustness of the Christian worldview and be willing to be a contributing soldier in the present war. You must desire to be discerning in all things and willing to graciously, yet firmly, confront those who are in moral or doctrinal error in the church. But you must also remember it’s all worth it! Christ is coming soon to rule and reign with his people forever. Never forget that and in the words of Francis Schaeffer: “Keep on!”

What you will find in the pages ahead is a gospel-rich, doctrinally-sound, Christ-honoring, historically-relevant, Scripturally-saturated, intellectually stimulating, well-illustrated, and functionally useful book. Dr. Steele will step on your toes at times. He may cause you to bemoan the age in which we live. But you will be emboldened to strap on the sword of the Spirit and do battle against the forces of evil.

I bid thee well, oh reader! And if providence would have us meet somewhere down the line, may we both have a much greater resolve to never raise the white flag of surrender because we have been so masterfully and lovingly exhorted by our dear brother, David Steele. With that, I leave you to read this book for yourself.

You can preorder the Kindle version now. Physical copies should be available by September. Follow David on Twitter to keep up to date!