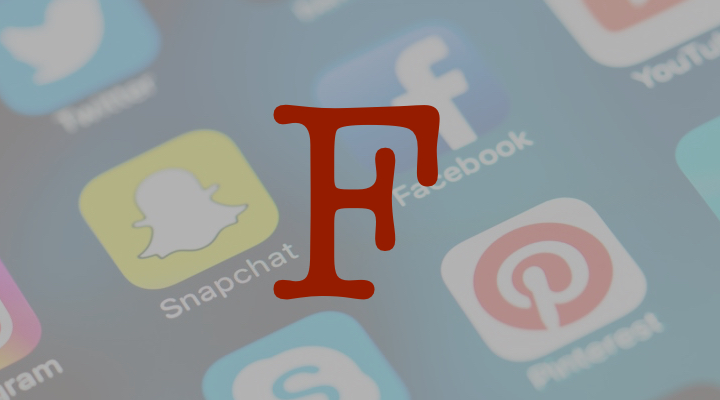 I certainly hope the next generation uses social media more effectively for the cause of Christ than we currently are.

I was scrolling through Facebook the other day, as I am unfortunately wont to do. The scrolling has gotten out of control at times (you know the feeling), so the only solution is to shut my phone off and hope that, if I need to be reached, the other party will send me a carrier pigeon or just text my wife. Actually, if you have to get ahold of me, send a text to my wife or call or whatever — don’t send a carrier pigeon, please. I am a little nervous around birds these days. Can’t trust them.

A good friend, we’ll call him “Karl,” made a really salient point on Facebook worthy of sharing; I want to share it with you, not simply because of its saliency, but because it led me to reflect a bit on my generation and its passionate yet uncomfortable relationship with what we call social media. You know the sort: Facebook, Twitter, Instagram. Now the youth (anyone under 30 from my point of view) are using something called TikTok.

What if believers in Christ could be this way online?

“Always be humble and gentle. Be patient with each other, making allowance for each other’s faults because of your love. Make every effort to keep yourselves united in the Spirit, binding yourselves together with peace.[…] This will continue until we all come to such unity in our faith that we will be mature in The Lord, measuring up to the full and complete standard of Christ. Then we will no longer be immature like children. We won’t be tossed and blown about by every wind of new teaching. We will not be influenced when people try to trick us with lies so clever they sound like truth. Instead, we will speak the truth in love, growing in every way more and more like Christ…” (Eph 4:2-3, 13-15).

My friend Karl is right on the money. Bullseye. Right between the eyes. And you feel it, don’t you? I know I’m not alone here. Every time we log onto Twitter or find our favorite Reformed Facebook group, there’s a palpable, nasty undercurrent of uncharitableness, sniping, slander, and gossip. I’ve participated in it, and even enjoyed it!

We’re stuck in a rut, and we’ve allowed the world’s way of interacting on social media to seep into our psyche. We’ve been influenced by the culture, rather than by Scriptural principles. “Owning the Libs” has become “Owning the Southern Baptists.” We’re too much like the world, millennials. We’ve blown it.

Even when we finally free ourselves from the quicksand — when we’ve finally gotten above the fray — our “likes” start dwindle, our “retweets” stall, our influence wanes, and perspiration forms on our foreheads. We’re becoming…unknown!

So we throw on our goggles, hold our nose, and hop right back in.

To be sure, there are a few that haven’t soiled their garments and have remained true to the cause. Men like Dustin Benge, Grant Castleberry, and Eric Dodson, among some others. These men exercise patience, are self-aware, and they faithfully live out their purpose and calling on the socialsphere. They, unfortunately, are the exception, and not the rule.

Who Can We Blame?

The nasty undercurrent is there, and I know you feel it. You might not be able to describe it, but it’s depraved.

We can’t blame Pelagius or the Counter-Reformation for the “Christian Twitter” dumpster fire. We can’t throw the “Emergent Church” movement under the bus. It’s not Purpose-Driven-Rick-Warren’s fault either. Reformed Twitter, Reformed Facebook, and Reformed Instagram is largely a disaster and we have nobody to blame but ourselves, Millennials. We’ve all contributed to it. We’re to blame.

God providentially handed us this awesome and powerful tool in High School and College. I had years to practice and perfect my use of it. It’s a shame: we all could’ve become so efficient in our evangelism and discipleship; and so pleasing to the Lord.

He called us to “shine like lights in the midst of a wicked and perverse generation” online, but what did we do? We were wicked and perverse. My generation of believers had an opportunity to fill the internet with God-glorifying, Christ-exalting content and how did we use it? We were Us-glorifying and Us-exalting. Millennials had a real opportunity to lead the next generation and previous generations of Christians in social media outreach and testimony, and, instead of passing the test, we’ve largely failed.

My prayer is that we Millennials repent and lift ourselves out of the nastiness for good; that it would become extremely normal to read edifying, encouraging posts — while sniping and misrepresentation falls out of style like a fedora.

Persecution may do the trick, actually. When life gets hard because of our common stand for Christ, we’ll truly need each other. Unity will become vital to our survival. Silly disputes and preferences will melt away in the heat of Christian suffering.

But I can praise the Lord, even as I recognize how far I’ve fallen short online: the cross has paid for my failure to love as I’ve been called to love and be holy as I have been called to be holy. My sins are forgiven, my wicked heart has been atoned for, so there is still plenty of hope here. Millennial Christians, too, have the Holy Spirit, who is jealous to produce fruit in each and every corner of our lives.

Remarkably, we still have an opportunity to take the lead here: let’s pump these platforms full of Gospel truth and Biblical convictions — while still remaining above reproach.