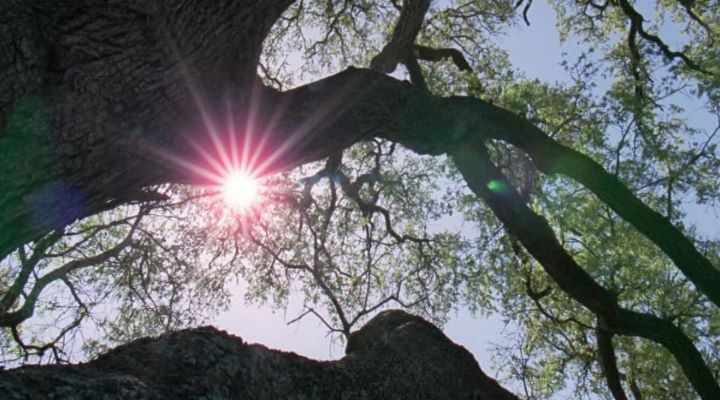 The Living Logos and True Mythos: A Response to “Satanic Panics and the Death of Mythos”

Aisling McCrea has written a fascinating article on Satanic Panics and the Death of Mythos over at Current Affairs. In it, she uses the “Satanic Panic” of the 1970s and 1980s as a jumping-off point to explore the tension between truth and myth and even the smothering effect of analytical fandom. It is a compelling read and I encourage discerning readers to consider what McCrea describes and the areas where she accurately diagnoses modern American Christianity. In this article, I want to expand on and respond to some of the ideas she wrestles with.

Every Single One of Us, the Devil Inside

I won’t presume to speak for my co-writers at Things Above Us, but I turn 50 this year. That makes me old enough to actually remember the 1970s and 1980s, including the panic caused by fears of the occult. Kids at school whispered stories of a friend of a friend of a friend’s second cousin who claimed that the tiny pewter Dungeons & Dragons figurines were demonic talismans and would let out faint screams if they were thrown into a fire. In many ways, the level of panic was worse than what Aisling McCrea describes. Yes, D&D was a part of all this, but it let’s not forget it also included Ouija Boards, “backmasking” on metal albums, and Satanic cults.

To be fair, the culture was still reeling from the Manson family and Jonestown’s Kool-Aid drinkers. There is some truth to the line that the greatest trick the Devil ever pulled was convincing the world that he didn’t exist. At the same time, we have to recognize that the very real horrors a culture may still be reeling from do not justify the overreaction, rush to judgment, and opportunism that inevitably follows.

Fundamentalists and Evangelicals and Literalists, oh my!

McCrea lays the blame for all this on what she judges to be “evangelical” Christians’ love for logos and rejection of mythos. Before we get to the interplay of logos and mythos, we need to address McCrae’s primary targets. One of the most overused, misunderstood, and slippery monikers of the past century has got to be “evangelical”, followed closely by “fundamentalist.” “Evangelical” has served as shorthand for “non-mainline Protestant” but is Joel Osteen an evangelical? Is John MacArthur? Is Chris Pratt? Is Kanye? As others have pointed out: if “evangelical” is now that wide of a catch-all, how useful a term can it possibly be?

As for “fundamentalist”, the modern usage of the term belies its origin. In the early 1900s, mainline Protestants and unbelieving biblical scholars began to coax Christianity away from the foundational beliefs taught in Scripture. You can have your “god”, a “Jesus”, and some nice moral teachings, you’re just going to have to let all that supernaturalism go. A virgin birth? An actual, bodily resurrected Jesus? We know so much better now. Or so the argument went from the so-called “Modernists”.

A group of orthodox theologians, lead by the Princeton giant J. Gresham Machen, responded to the modernists with a defense of the fundamentals of the Christian faith. Yes, the Bible teaches that there will be disputable matters (cf. Romans 14), but there also have to be certain non-negotiable distinctives for any group to exist. Machen and others were known as “Fundamentalists” for that reason, but the term is now associated with separationist, legalistic, KJV only types. Think of the townsfolk Kevin Bacon schools in Footloose. The irony is that this was not at all what Machen and his fellow scholars were after. “Fundamentalist”, like “Puritan” before it was twisted into an epithet detached from its original intended meaning.

McCrea argues that “fundamentalist forms of religion”, cling to sacred texts as true and reject what does not conform to them. Citing Douglas, she helpfully frames this in categories of “clean” and “unclean.” That’s all well and good but intellectual honesty requires us to recognize that all groups do this. Who is in and who is out? Who gets to decide? Recall that in 2017, thousands of women organized to march in opposition to then-presidential candidate Donald Trump, yet pro-life women opposed to Trump were rejected from participating. For the organizers of the 2017 Women’s March on Washington, support for abortion was a non-negotiable, and failure to affirm the sacrament of abortion is anathema. Every group has to have some kind of standard for orthodoxy. The question is simply one of recognizing a standard.

More than 10 years ago, Patton Oswalt incisively lamented the ways that geek culture was mainstreamed by the internet. Circe 2010, we could all become what the Japanese call “otakus”, obsessive collectors and aficionados of whatever obscure thing we may be into at the moment. We want everything now. And it’s only gotten worse.

The type of media consumption that rightly McCrea critiques may help explain Christopher Nolan’s appeal for some. Some might assume that Nolan films are made for explainer videos. But even with Nolan there are some transcendent moments that don’t depend on intricate plot mechanics. The Joker’s expression slowly changing in The Dark Knight as he realizes the people of Gotham refuse to blow each other up. The gravity-shifting hallway fight in Inception. The rotating docking sequence in Interstellar.

In Aisling McCrea’s piece, she uses mythos to encompass “all non-literal or non-rational parts of our understanding of what is true: rituals, customs, superstition, storytelling, art, and transcendent experiences.” She goes on to affirm the need for mythos to give deeper meaning to everyday life and shape to the mess that our lives can be. In many ways, I have known and recognize that need. A happily nonsensical, spontaneous comment blurted out by my special needs son can inject me with joy and make the struggles of the other 90% of the time seem worth it. Finally pulling that sock out of the pump in my broken washer can fill me with a sense of accomplishment the rest of the day failed to bring. (Thank you, YouTube University.)

In my movie geek days, I was blessed to find mythos many times in a darkened theater. I would chase the high of the first time I saw Malick’s Thin Red Line and Tree of Life. What was the point of that alligator? Why does that guy have his back to us, running his fingers through the grass? Why are we constantly looking up through the trees and into the sunlight? And then it would click. “Oh, that is the point.” You quickly discover that it is nearly impossible to manufacture those moments. The “Explainer” videos on YouTube that McCrea laments don’t have the grammar to respond to Malick. It would be futile to make or sit through an “Everything Wrong With …” styled takedown of A Hidden Life.” Malick’s Christian worldview allows him, and I would argue, drives him to find those transcendent moments.

While I disagree with McCrea that the worldview of Richard Dawkins and his fellow “New Atheists” is not necessarily false (it is), I do think she gets it exactly right by pointing out that is incomplete. As she puts it, atheism is “unequipped to deal with the more complex and unanswerable questions about our world.” Sure, many will deny or waiver on God’s existence and attributes but they suppress the truth in unrighteousness (cf. Romans 1:18). Reject the Creator and you misunderstand and misrepresent His creation. Consistent, rigid atheism smothers poetry. The solution is not to pit mythos against logos or vice versa. A full-bodied Christian faith grounded in Scripture will recognize all of it, including the gospel narratives, as what Tolkien calls “true myth.”

I have no desire to defend everyone who claims the name of Christ or the ways in which they have defended their faith or failed to do so. Biblical Christianity is not subject to the false dilemma Armstrong presents. It does not pit logos against mythos. No Bible teacher I ever learned from, in my church or seminary, has ever flatly claimed the Bible is “literally true.” Such a wooden rule would require me to believe God is right-handed (cf. Psalm 118:16), Jesus’s body was made of wood and hinges (cf. John 10:19), and there is an eye socket in my chest cavity (cf. Ephesians 1:18). The Bible is true, but we interpret it as it is written. Poetry as poetry, discourse as discourse, narrative as narrative. So to be clear, when we come to narrative, we affirm that what is described actually happened in time and space.

As for logos, consider the opening lines to the Gospel According to John (cf. John 1:1-5).

John’s Gospel explicitly identifies Jesus Christ as the Word or “Logos” (cf. John 1). Jesus was both eternally with God the Father and was Himself God the Son. John’s inspired choice of the Greek term logos, associates Christ with the ordering, regulating principles of existence. All creation was made through Christ, while he himself was uncreated. The life possessed by Him is the light of all humanity.

The Apostle Paul was not content to let the resurrection deniers of his day have the last word. As he rightly argued,

“… if Christ has not been raised, your faith is futile and you are still in your sins. Then those also who have fallen asleep in Christ have perished. If in Christ we have hope in this life only, we are of all people most to be pitied.” (cf. 1 Corinthians 15:17-19).

The empty grave of Jesus Christ cannot be truly “meaningful” if it never actually happened in time and space. Do you think your righteousness can pay the interest on your debt? I have my doubts about it. If you have not repented of your sins (you know there has to be a standard) and trusted in the risen Lord Jesus as your Savior, do it now. The good, the true, and the beautiful await you, but more importantly, peace with God.