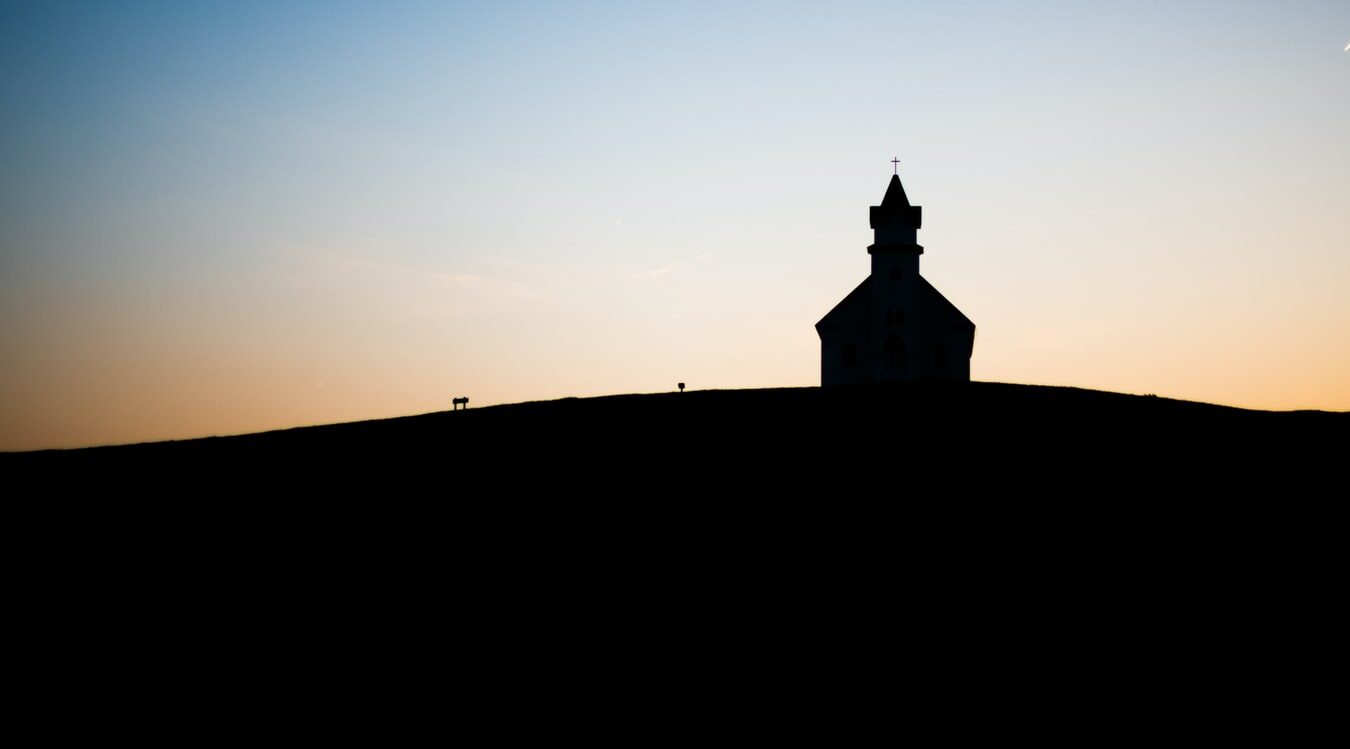 I may write a follow-up post on the nature of associations, but in today’s post, I just want to lay out 5 reasons that churches ought to cooperate. Dr. Gregg Allison says this:

[C]hurches are to establish and promote strong associations with other churches for the sake of mutual accountability, sharing of resources, cooperative high-impact ministry, assistance in identifying and resolving intrachurch problems, and the like. Such linkage, though strong, does not establish any structure of authority above the local church level; such authority resides in the plural-elder-led congregational government of each individual church.[1]

At the outset, it is important to reiterate that Baptist polity prevents one from going so far as to say a particular church has to join a particular association. However, from the biblical and historical evidence, it is undeniable that local churches of similar doctrine and practice ought to cooperate. The purpose of Baptist associations can be summarized in five main reasons:

Display of Union with Christ

First, Baptist churches ought to cooperate because it is a natural outflow of our union with Christ. Earl Blackburn writes, “Associations of churches are biblical and more than that, they are blessedly useful in extending the work of Christ’s kingdom and partially fulfilling the Saviour’s prayer in John 17:20-23.”[2] The unity Jesus prayed for will not be perfectly exhibited on this side of glory due to remaining sin, but Baptist churches have an opportunity to see this unity displayed in part as they partner together. Pastors Chris Bruno and Matt Dirks note, “When churches work side by side with one another, they are reminded of their union with one another in Christ.”[3] Though church members maintain distinct and meaningful membership within their respective churches, when multiple churches partner together, it is a tangible expression of what Jesus prayed for prior to His crucifixion. When local churches intentionally isolate themselves they are actually pushing against this request the Son put before the Father.

Secondly, Baptist churches have historically sought to cooperate together for mutual aid and edification. The Apostle John wrote to 1st Century Christians to not be surprised at the world’s hatred for them (1 John 3:13). 2,000 years later and the world still hates Christians. Thus, local churches stand in need of demonstrable encouragement from one another. This edification includes prayer for one another. Paul instructed the Ephesians to make “supplication for all the saints” (Ephesians 6:18). The 1692 General Assembly of Particular Baptists in London desired, “That the Churches may not forget to cry mightily to the Lord for the Spirit of Prayer and Supplication.”[4] Churches ought to edify one another in taking one another’s needs and situations before the Father.

A Baptist pastor recently wrote that “being in a small/rural area in Alabama can be like an island of discouragement. But there are many of us in this situation. I can only remain faithful to the Lord of grace and trust in His providence.”[5] Because of the world’s hatred toward Christians, churches and pastors can feel isolated and discouraged. When local churches intentionally cooperate in fellowship with one another, it edifies the brethren and reminds each church that they are not alone in their zeal for holiness and their mission in this world. Furthermore, it is sometimes necessary to express this edification tangibly in the form of financial support as we saw in 2 Corinthians 8-9 or in the Fund to help churches pay ministers set up by the 1689 General Assembly in England. Conrad Mbewe also cites James 2:14-16 in encouraging churches that see their sister churches in need not to turn a blind eye.[6] Brand and Hankins write, “If the New Testament churches cooperated with one another to provide relief in times of financial hardship and in the expression of love, so can we for those who stand in need of help in our day.”[7]

Thirdly, missions are a recurring theme both biblically and historically for churches cooperating together. Churches should partner together, using John Owen’s words, in order to “advance the light of the gospel.”[8] We saw the money collected by the General Baptist Assembly in England and the Philadelphia Baptist Association for church planting. Even before this, in 1654, the Western Association in England appointed “our deerly beloved brother Thomas Collier in the name of our Lord Jesus and of his churches who were one in it, to the worke of the ministrey to the worlde [sic]”.[9] It is a Christ-honoring endeavor when local churches pool their money in order to support missions.

Now, in using a word like “missions” it is critical that we define what is meant. Kevin DeYoung and Greg Gilbert rightly articulate the church’s mission when they write, “The mission of the church is to go into the world and make disciples by declaring the gospel of Jesus Christ in the power of the Spirit and gathering these disciples into churches, that they might worship and obey Jesus Christ now and in eternity to the glory of God the Father.”[10] Or as Charles Spurgeon preached, “[I]t is the absolute duty, as well as the eminent privilege, of the church to proclaim the gospel to the world.”[11]

Conrad Mbewe argues that the Great Commission is such an important and encompassing task that it demands local churches cooperate in order to fulfill it. “Inter-church associations become vital if we are going to take the gospel to the uttermost parts of the earth. We cannot do all the work alone.”[12] Or in the words of Jonathan Leeman, “Though Christ has placed the apostolic authority of the keys into the hands of local assemblies, churches should work together to fulfill the Great Commission because they call upon the same Lord and share a common apostolic confession and commission.”[13]

One local church might not be able to fully fund an endeavor to carry out Christ’s mission to, for example, a place like Kenya. But multiple churches of like faith and practice can and ought to partner together to fund the proclamation of the gospel to the nations when providence and prudence dictate such a partnership. Pastors Chris Bruno and Matt Dirks illustrate this by writing, “There are people in each church with particularly strong spiritual gifts, wisdom, and skills gained in ministry or secular jobs, along with uniquely suitable schedules. There may not be avenues in each local church for each of these unique strengths to be used (which means they may remain undiscovered), but a partnership might be what finally frees some people to use the gifts God has given them.”[14]

Fourthly, local churches ought to intentionally partner together in order to deal with doctrinal, cultural, or even at times, ecclesiological controversy. The gifting of God’s people is such that there are men and women in various local churches who have a keen eye for understanding certain complex issues. These resources ought to be shared among the churches when dealing with doctrinal, cultural, or ecclesiological issues that are bigger than one local church. We have already seen that the 1689 London Baptist Confession of Faith addresses this issue in Chapter 26, Paragraph 15. An assembly of churches has no power over local churches, but it exists for advice and counsel. A local church is both prideful and foolish that refuses to seek counsel when dealing with complex issues. A contemporary example would be the current Social Justice controversy. Not every local church has the intellectual resources to tackle such an issue, but multiple churches do, and they should collaborate to face this generation’s great issues. Another example of why churches ought to cooperate is for recourse for individual church members. For example, David Dykstra notes that the 1689 Baptists “were saying that the individual church member is so important than any injury done to him by a mal-administration of church authority may become a legitimate item of discussion in a meeting of assembled messengers of the churches.”[15] So, because Baptist churches so value the individual church member, cooperation among churches is a one way a group of churches can help individual church members from being railroaded by a particular local church in a church discipline issue.

Fifthly and finally, theological education has been a historic principle for cooperation among Baptist churches. The Fund of the 1689 Assembly could be used for education in the original languages for even laypersons. In 1692 “the Broadmead Church in Bristol and its elder Edward Terrill…provided the funds necessary for the establishment of the first Baptist training college in England–Bristol Baptist College.”[16] Less than 12 years after the formation of the Southern Baptist Convention in 1845, Southern Baptist Churches were on the precipice of forming their own Seminary in Greensville, S.C. In a letter dated July 28, 1857, John Broadus wrote about his desire, “To provide an institution which shall at once furnish thorough and extensive training to those who want it”.[17] Broadus, like Baptists before him, saw the value of theological training. Yet, he was also careful to say, “I should be quite unwilling, if it were possible, to see it required of our ministers to have any particular amount of education, general or special.”[18]

Thus, Baptists have prized liberty of conscience and local church autonomy, but have also valued providing resources for theological education for those who are willing and able to further their education for ministry or missions. It is simply impossible to expect every local church to have every resource necessary to formally train men for ministry. Yet, when local churches pool their resources, they have historically been able to provide robust and theologically rooted education for those desiring to be better equipped to shepherd God’s flock.

[6] Conrad Mbewe, Foundations for the Flock: Truths About the Church for All the Saints, (Hannibal, MO: Granted Ministries Press, 2011), 257.

[12]Foundations for the Flock, 222. He also writes, “Gospel work must aim at winning individuals to personal faith in Christ or it is not gospel work at all,” 297.