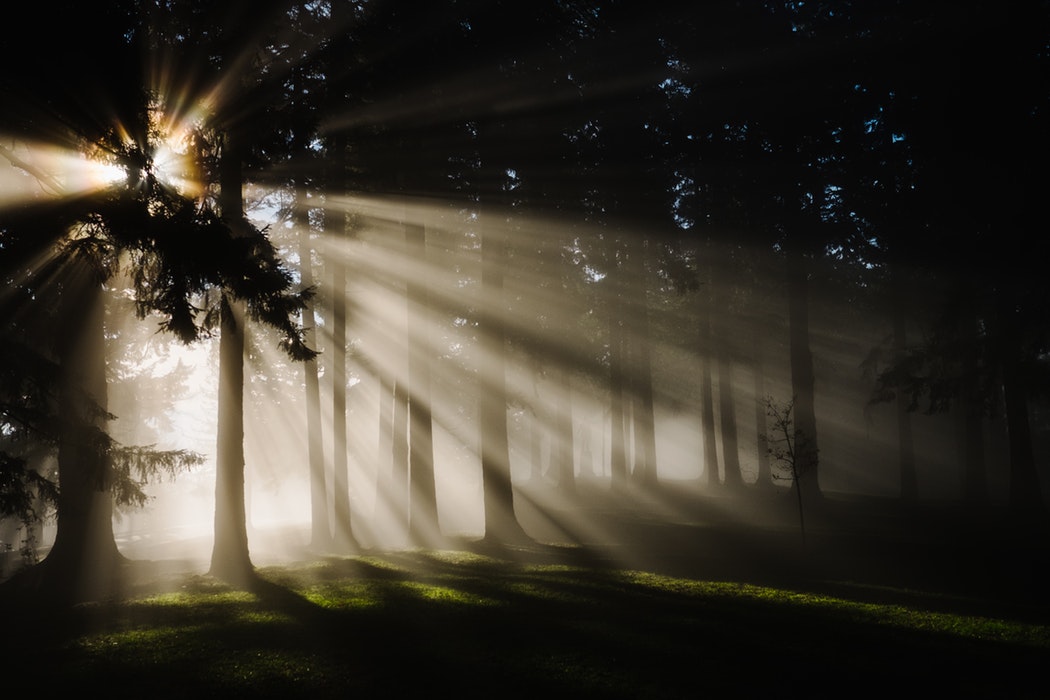 The Line of the Promised One

If you had never heard of the book of Ruth before and then read it for yourself one day, you’d be forced to say it ends rather surprisingly.

I’m not talking about the marriage of Ruth and Boaz, although that’s surprising enough in itself. I’m talking about how the book actually ends: with a genealogy (Ruth 4:18-22). And while it’s not one of those long genealogical lists like we find in 1 Chronicles, the fact that this book closes with 10 generations of men might be somewhat perplexing.

That is unless we understand a major thread of the Old Testament.

Perez (Ruth 4:18) is the son of Judah. In Genesis 49:10 we are told the scepter will not depart from Judah, who is the great-grandson of another prominent Old Testament figure, Abraham. When Abraham was only Abram (that’s for another blog post), God made him a promise too: “In you all the families of the earth shall be blessed (Genesis 12:3).

So, we have the scepter never departing from Judah who is in the lineage of Abraham who has been promised that all the families of the earth shall be blessed in him. But to really understand the promises we have to back up even further.

In Genesis 3 Adam and Eve eat the forbidden fruit of the Garden of Eden. This is the most catastrophic chapter in all of the Bible. Mankind is plunged into sin, misery, and death. But in the midst of this rebellion there is a promise made by God as He is speaking to the serpent:

God made a promise. The promise is that the seed or offspring of the woman would deal the head bruising death blow to the Evil One.

What’s significant here is that we can, in a way, understand the rest of the Old Testament by how it builds on this promise. The books from Genesis to Malachi are not just a bunch of disconnected, moralistic, Aesop Fables. There is actually a central thread woven into the fabric of the Old Testament.

And as the story unfolds, we have the book of Ruth.

Ruth happens during one of the most wicked and rebellious times for God’s people in human history simply known as the period of the Judges (Ruth 1:1). As we read the book of Judges we wonder, “will God continue with His promise or might He wring His hands of it all and wipe away humanity?”

And then comes Ruth. In the immediate context, Naomi has a problem. She followed her husband Elimelech to Moab and there she became a widow and was bereaved of her two grown sons. The problem for Naomi is she has no offspring. And now she is old, bitter, helpless, and hopeless.

And then the larger problem looming is this: Where is the offspring God promised in Genesis 3:15? Where is the serpent crusher, sin killer, sovereign king? He appears to be MIA.

But the beautiful thing about the book of Ruth is that it will take the smaller problem of Naomi not having an offspring and the larger problem of God’s promised offspring still not on the scene, and it will answer them both.

Through Naomi, God is going to bring a foreign woman back to Bethlehem, marry her to Boaz, and produce a son who many Christians might not even be able to name, and yet he is essential to our salvation: Obed. Why is he so essential? Because without Obed you don’t get Jesse and without Jesse you don’t get David, and without David, the line of the Promised One ends.

In the midst of cultural chaos, sin, and rebellion, the Lord is still on His throne and still fulfilling His good promises.

And so, as we conclude the book of Ruth with these 10 names (Ruth 4:18-22), the larger picture comes into focus. Yes, contextually, the author is getting us to David. But beyond that, we begin to see a glorious unfolding of what God is going to do about our sin problem. He’s not abandoned His promise to send a serpent crusher. Be patient and trust Him.

Of course, in the New Testament, we have another genealogy. In Matthew 1, we see that Matthew completes the story. He takes his readers from David to Christ. It’s not a stretch to say that the book of Ruth prepares God’s people for His coming Messiah.

In fact, do you remember the whole reason Naomi returned to Bethlehem? It’s because she had heard that the “LORD had visited His people” (Ruth 1:6). In Luke 7 there is another widow, who is not named, who also has lost a son. In this story Jesus raises her son from the dead and the people exclaim “God has visited His people!” (Luke 7:16).

Jesus is the Redeemer we need. Jesus is the One who was born of a virgin (Ah, the seed of a woman!). He was the One who fulfilled the Old Testament Law and promises. He is our consummate prophet, priest, and king.

Jesus is the One who came to make His blessings flow far as the curse is found. His ministry was a taste of reversal of what went wrong in Genesis 3. The angst and the longing and the desperation of God’s people through the ages have been answered in Him. The Promised One is here in Jesus!

He knew no sin but died the death of sinners. No one took His life. He laid it down. The Bible says He became sin for us. God imputed, (God placed on Him), our sin. On the cross, God poured out His wrath on Christ against sinners.

God’s virtuous hatred, the full brunt of His righteous rage against the wickedness of sin and the vileness of sinners unleashed its fury on the God-Man, Jesus, as He hung suspended between heaven and earth.

He died a sinner’s death and was laid in a borrowed tomb. But just like in Ruth how God brought life from death, Jesus was not defeated by the grave. He rose again! And in His resurrection, you know what He did?

He bruised the serpent’s head.

How glorious God is in continuing the line of the promised one all the way to Jesus! God can be trusted. Christ’s work is what we need. Rest in Jesus today: The serpent crushing, sin-killing, Sovereign King.