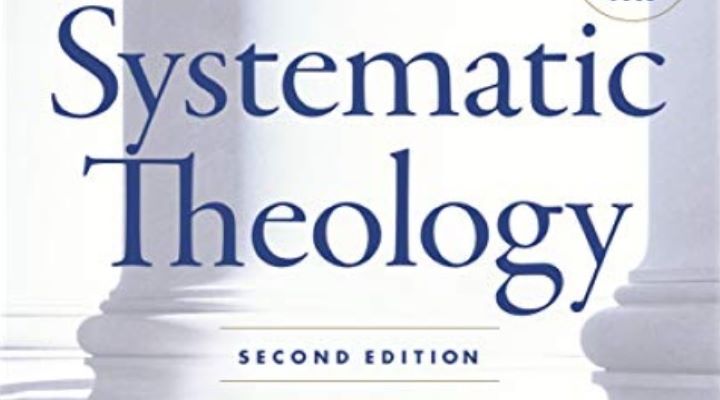 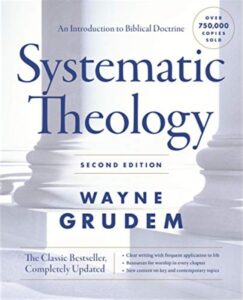 Wayne Grudem serves as Phoenix Seminary’s distinguished research professor of theology and biblical studies. He is known for his defense of inerrancy, complementarianism, and God’s sovereignty in election. His other works include Christian Ethics: An Introduction to Moral Reasoning and Politics – According to the Bible.

In 1994 the evangelical world saw the publication of Wayne Grudem’s Systematic Theology. The book introduced many Christians to the field of systematic theology and proved to be an incredible success. Systematic Theology was scholarly yet accessible and clear yet winsome. Each chapter also ending on a devotional note with discussion questions for reflection and a hymn. The book also had its detractors, many arguing that Grudem held to teachings that should be rejected by confessionally reformed Christians such as eternal functional subordination of the Son (EFS) and continuation of the sign gifts.

What will readers find new to this Second Edition of Systematic Theology? The author lays out 16 different areas with updated material (xv). These include updated biographies, Scripture quotations changed from RSV to ESV, a new critique of Molinism’s “middle knowledge” (Chp. 16), and critiques of the New Perspective on Paul and Justification (Chp. 36). Perhaps most significantly, Grudem has updated the sections addressing God the Son’s relationship to the Father (Chp. 14) and “miraculous gifts of the Holy Spirit” in Chapters 52 and 53. As I mentioned earlier, the first publication of Systematic Theology was a best seller and will be familiar to many readers, so in this review I will be focusing on some of the updated seconds new to this edition. 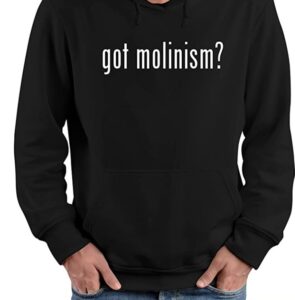 Grudem’s interaction with Molinist claims of God’s so called “middle knowledge” shows up in his chapter on God’s Providence (420-469.) He places the theory of middle knowledge among the possible Arminian responses to the objection that Arminianism creates a God who cannot know the future. The author explains that proponents of Molinism such as William Lane Craig have argued for middle knowledge as a third way that can bridge the gap between Calvinists and Arminians. Craig’s position is nothing if not interesting since Molinists and Arminians typically represent two different schools of thought regarding God’s sovereignty and the human will.

Essentially, Arminianism teaches that God looks through the corridors of time, sees who will believe, and then “elects” them to salvation based on foreseen faith. Oversimplifying again, Molinism teaches that God sees all the possibilities of possible worlds he could create, including who would believe, and then creates that world in which the elect will believe. God’s “middle knowledge” refers to the details of what would happen in each possible world. I think Grudem rightly groups Molinism in with “Arminianism”, at least as a category, since both ultimately claim that an individual’s libertarian free will, not God’s sovereign choice, is the deciding factor in who will be saved (456).

Grudem provides four primary objections to Molinism. The first two are basically the same, that middle knowledge is a concept not taught in Scripture. The Bible speaks of God’s sovereign predestinating election (cf. Ephesians 1:3-4; Romans 8:29-30; Acts 13:48) but as Grudem puts it, “I know of no passage in the Bible that says God created the kind of world that he did and arranged the kind of circumstances that happen in the world so that certain people would freely choose to be saved and others not (460).” His third objection is that God’s ability to determine circumstances, or what Molinists sometimes refer to as “counterfactuals,” is inseparable from the millions of human choices involved along the way. As an illustration of this point, the author shares his own personal and family history that lead up to his life as a theologian. Finally, Grudem rightly points out that Molinist claims of middle knowledge are not consistent with the essential claims of either Calvinism or Arminianism (464).

Wayne Grudem is no stranger to the quagmire surrounding debates over what has become known as “Eternal Functional Subordination” (EFS) or “Eternal Relations of Authority and Submission” (ERAS). Grudem lays out his views on the matter in Chapter 14 which addresses the doctrine of the Trinity (269-337). He addresses EFS directly, under a section titled, “Does the Son Eternally Submit to the Authority of the Father? (301-319)” Grudem is firmly in the EFS camp, which answers “Yes” to this question and he thoroughly explains why.

Opponents of EFS have argued that it contradicts historic Christian teaching and is heterodox at best. Theologians including Matthew Barrett prefer to speak in terms of the person of the Son being eternally from the Father, not eternally submissive. See for example, Barrett’s recent book Simply Trinity. Grudem is clear in his affirmation of eternal generation but adds, “the Son’s submission to the Father’s authority is appropriate to and flows from the eternal generation of the Son by the Father (302)”. He cites passages from Scripture to support his position, including John 6:38; 8:29; and 14:28. He also provides several examples of eternally delineated roles within the Godhead, such as that the Son never sends the Father, the Father does not mediate between the Son and his people, and so on (303-304). It is doubtful that anyone who at this point has their mind made up on EFS will be persuaded by the opposite view. At the same time, I appreciated that while Grudem is not shy about acknowledging and interacting with his recent interlocutors, he clearly welcomes the discussion and his tone is irenic for the most part.

Justification and the New Perspective on Paul

Grudem wades into the debates surrounding the so called “New Perspective on Paul” (NPP) in Chapter 36 on Justification: Right Legal Standing Before God (896-908). He provides a brief but helpful recap of the development of NPP claims before getting to the NPP’s most well known advocate, NT Wright and his books, What Saint Paul Really Said and Justification, released in 1997 and 2009 respectively (896). Wright argued that much of Church history has misunderstood justification. Rather than God declaring a sinner legally righteous according to the finished work of Christ, Wright claims that initial justification is God’s declaration of who is a part of his covenant community and people will ultimately be judged “on the basis of the entire life.” Point by point, Grudem demonstrates that Wright’s view promotes an incorrect definition of and basis for justification, a denial of imputation, and a false understanding of First- Century Judaism and the gospel itself (898-907). He concludes by insightfully acknowledging part of the appeal of the New Perspective on Paul. The NPP allows for a softening of the sharp edges found in the exclusivity of Christ that confront Judaism and Roman Catholicism. As Grudem puts it, the biblical truth “that justification is by grace alone through faith alone in Christ alone” can be a difficult, often uncomfortable, one to hold to (907, emphasis original).

Wayne Grudem’s Systematic Theology has rightly become a modern classic. Readers can benefit from this book as an introductory source. I also think the author would agree that his listed resources for further reading should be used as a springboard to lead into deeper waters. To be clear, there were some areas where I differ author, including EFS and continuation of the miraculous gifts. At the same time, there was much more that I found right and true, leaving me comfortable recommending this book as a helpful resource overall.