I received a card in the mail from Legacy Church on the east side of Columbus, OH.

I posted a couple of tweets with screenshots as you can see below. I received one particular reply which I am responding to here.

I want to give Lisa Manning the benefit of the doubt. Even though I don’t think she’s asking an honest question (I believe she’s making a point in the form of two questions if you include her hashtag). I want to respond graciously, explaining a few of my own thoughts.

First of all, let’s take a look at this statement:

What if one person gets saved or changed their life because they change their thinking?

Lisa correctly identified that I do not agree with the concept of the mailing I received. I do not think that man’s problem is that our thinking is negative, thus “pulling us from our goals and potential.”

So, my response to the second part of Lisa’s question, “what if someone changed their life because they changed their thinking?” is that, unless someone’s thinking was changed from whatever that person thinks to thinking God’s thoughts, I’m unconcerned. We know God’s thoughts according to His Word. 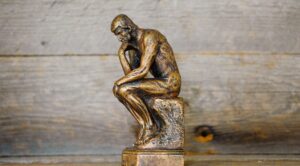 1 Cor 1:11 For who knows a person’s thoughts except the spirit of that person, which is in him? So also no one comprehends the thoughts of God except the Spirit of God.12 Now we have received not the spirit of the world, but the Spirit who is from God, that we might understand the things freely given us by God.13 And we impart this in words not taught by human wisdom but taught by the Spirit, interpreting spiritual truths to those who are spiritual.

I’m not necessarily hopeful if a person changes their life because they change their thinking, if that change is made apart from salvation in Christ and the renewing of the Holy Spirit, (even if those changes are positive changes). It is not the church’s purpose to help people better their lives simply by better thinking. It is her purpose to preach God’s Word to people and let them fall under the conviction of the Holy Spirit where the only real helpful change to a soul occurs (Phil. 3).

What If One Person Gets Saved?

Next, let’s consider the first part of Lisa’s question. What if a person changed their thinking and got saved? This sounds great on the surface.

In fact, don’t we always say, “such and such sacrifice would be worth it if it helps just one person?”

But taking this question in context, Lisa is recognizing that I am opposed to the use of crudeness or vulgarity on a church mailing. Notice, she tacitly admits this is tasteless because she doesn’t defend the use of vulgarity as a good and righteous practice. Rather she proposes that despite this filthiness of speech (as it were) that maybe someone will be attracted to the church who ends up getting saved. This is a case of the end justifying the means. 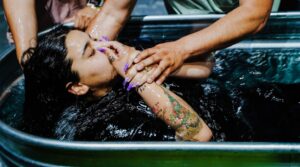 God is the God of the ends and of the means. And we are to be subject to his will in every respect.

Allow me to substitute different verbiage to see if her argument makes logical sense. See if you can spot the fallacy. Let’s say we have a stripper pole at a church meeting, find some beautiful ladies willing to share what God’s blessed ’em with, and invite men from the area to come and enjoy “God’s creation.” Sounds despicable, doesn’t it?  (This has actually been done in the name of Christ)

But what if one person gets saved?

“What if one person DOES get saved?” What bearing does it have on the morality of the act?

The point is this, someone hearing the gospel and getting saved is a wonderful act of God’s mercy — but whether or not that occurs has no logical bearing on whether your method of getting the gospel to them was legitimate. That is, God will save His elect by the gospel seed planted, even when we may be in error in our methods of spreading that seed.

I would go so far as to say that if you are willing to sin, follow methods NOT prescribed by God for dispensing His Word, or use language NOT becoming of a Christian (Eph 4:29) in order to get the gospel to someone, then you are likely not a child of God, and you are just practicing a religion you call Christianity—with a god you call Jesus. But those who love God obey His commandments, and when they don’t, they repent. Presumption is sin, and when we presume we can use any ungodly method to achieve a godly result, we show ourselves to be rebels (1 Samuel 15:23).

Am I a Pharisee?

So does all that make me a Pharisee? Recall the hashtag on Lisa’s tweet. The implication here is staggering to me because of what Pharisees were in Scripture (outside God’s kingdom). Lisa’s tweet goes from an honest question (What if someone was saved?) -> to a hashtag that effectively labels me as outside the kingdom of Heaven. Pharisees were called whitewashed tombs, filled with dead men’s bones by our incarnate Lord! 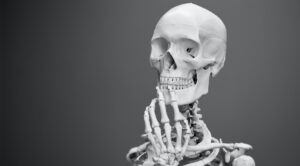 This is a big deal to me because Lisa seems to come from the easy believism camp of Christianity — which is nearly indiscernible from Universalism. My point is this, she seems to be almost a universalist, but she draws a comparison from me to the very people Jesus called a “brood of vipers!” (Mt 23:33)

Of course, maybe Lisa didn’t mean her hashtag to be so literally analogous to biblical Pharisees as I took it. Maybe she was just asking me if I was being legalistic or if I was unrighteously judging (John 7:24).  I will leave that to you, the reader to decide. But remember, if you judge me to be unrighteously judging for passing any judgment at all, you are caught in your own trap.

In conclusion, we need to be a holy people in a wicked and perverse generation. We need to do things the way God has instructed in His Word and trust Him with the results. And we need to keep in mind when we judge others whether we ourselves are not committing the same errors we are correcting them for.

And finally, don’t visit a church that thinks a card like that is “outreach.” Find a church that preaches and teaches from the Holy Scripture and strives to live together in a community where each member is provoked to love and good works.