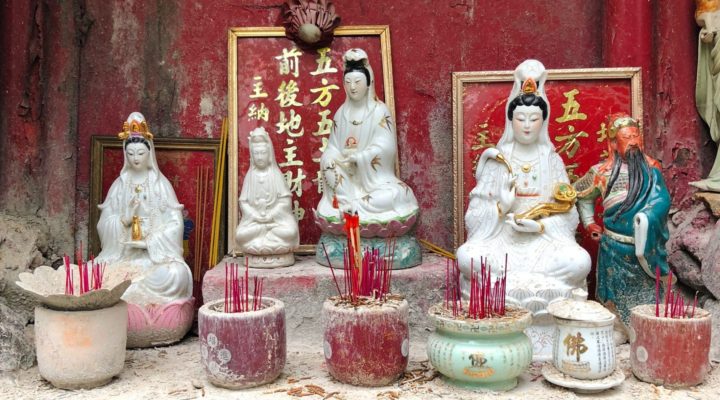 For those of you who know me, Psalm 96:3 is an obvious verse that I would find refreshing. I am an evangelist and preacher and declaring Christ to the nations has been my endeavor for more than a decade. The theme of Psalm 96 is that God has done so much for the Israelites that they cannot help but sing His praise. There is no shame when declaring the glory of Yahweh because He is so obviously real. You see, one of the fears we have when standing up for God’s honor with neighbors, family, or in the public square is the fear that we will be mocked or reviled for believing something so many people think is obviously not reality. But people who have been delivered from their enemies (Psalm 54:7) need very little convincing. Little children will defend the existence of Santa Claus with vehemence. For them, the evidence matches their faith. Presents truly do appear…and seemingly from magic. There is no shame in believing because of what they have experienced.

How much more so should those of us who have been transferred from the domain of darkness to the kingdom of His Son declare the glory of the God who delivered us? Among how many peoples are you willing to tell of God’s marvelous works?

1 Peter 2:9 ESV  But you are a chosen race, a royal priesthood, a holy nation, a people for his own possession, that you may proclaim the excellencies of him who called you out of darkness into his marvelous light.

We are told why we should declare the glory and salvation of God literally everywhere in Psalm 96:4. It is because of God’s greatness. He is greatly to be praised. Parents rightly praise their children. In fact, my 3-year-old son just brought me water, and I said, “Good job.” How much more should we be ready at all times to sing the praise of our Great God? Everything He does is beautiful and well done.

Ecclesiastes 3:11 ESV  He has made everything beautiful in its time. Also, he has put eternity into man’s heart, yet so that he cannot find out what God has done from the beginning to the end. But while we are to sing His praises and declare his glory and salvation among all the peoples of the Earth, we also are reminded that it is the fear of the Lord that is the beginning of wisdom. The psalmist reminds us that God is to be feared above all other gods.

The Baptist catechism for children tells us there is only One God in question 6. It is foundational to Christianity that it is monotheistic. So what are we to make of verses referring to “little g” gods? The following verse gives us a clue:

Psalm 96:5 ESV  For all the gods of the peoples are worthless idols, but the LORD made the heavens.

The point of these references to other “gods” isn’t to teach some form of polytheism. There is One True God. But we have fashioned in our hearts and minds a multitude of other gods that we worship. When God refers to “little g” gods He is referring to the objects of our worship that are not He Himself. Our idols.

And God’s point is that we should fear Him rather than any of these things the world has created and called “gods.” Remember the context: the declaration of the salvation of Yahweh and a proclamation of his glory and praise. These other gods in the world demand worship and praise, too. Thus, it is fitting that we must fear either God or “little g” gods, but we cannot serve nor fear both of them at once. If we fear the idols of this world, we will not fear God…and our actions will show that.

Now we’ve reached what I think is the meat & potatoes of the first half of this psalm. It’s like we’ve worked backward logically from what we ought to be doing (declaring the praises of God) to the foundation or the “why” we ought to be doing it (because God created). Verse 5 tells us that all the gods of the people are worthless idols.

The idols of the people have no value whatsoever. If something is worthless, it’s as if it is worse because it exists than if it did not. If I have worthless junk in my home, it actually prevents me from using my home efficiently, for example. Worthlessness is not simply a neutral concept. It is a disparaging term. Creation is meant to be more than just neutral—it ought to be useful. This is why worthlessness is a sin in humans (1 Kings 21:10).

Romans 3:12 ESV  All have turned aside; together they have become worthless; no one does good, not even one. Photo by Pop & Zebra on Unsplash

Psalm 115:8 has something to teach us about idols: “those who make them become like them; so do all who trust in them.” Since all the gods of the peoples are worthless idols, it follows that everyone who follows them becomes worthless. It is an unavoidable downward spiral unless a person is regenerated by the Holy Spirit and granted faith in the gospel.

So turn away from idols (1 Thessalonians 1:9) and turn through faith to the living God, Jesus Christ. The contrast we are given in Psalm 96 is that these idols which are ultimately created by human hands and the machinations of our hearts are infinitely different from God—who made the Heavens! Yes, when you encounter difficulty you have a choice: you can turn to something worthless (idols) or to the God who has all power to even create from nothing! You may choose to lean on an idol and get no more help or support than a placebo can offer, or you can turn to the God who has the strength to do all that He wills.

Job 42:2 ESV  I know that you can do all things, and that no purpose of yours can be thwarted.

And in case you are a Christian and you think that this is a rebuke to the peoples of the Earth who don’t know Christ, I submit to you that Christians sometimes chase after, sacrifice for, and are even guilty of worshiping idols at times. Christians seek comfort, counsel, and help in time of need outside of God’s revelation, the Bible. Christians turn to worldly means of deliverance from sin through non-Christian things like AA meetings, the Enneagram, new-age spiritual practices like Yoga and unbiblical meditation, self-help books and programs that promote pop psychology ideas that are not grounded in Truth and countless other worthless idols that our fellow man has produced. Flee these things and trust in Christ alone for your salvation and sanctification!

In part 1 of this series, I challenged anyone reading this to commit to memorizing Psalm 96. I hope if you have not started that endeavor you will start now. If you want my recommended smartphone app for Bible memory: here is a 20% discount code for it.

If you want to hear the sermon I preached, you can hear it here on my Be A Berean podcast.

See all posts in the Psalm 96 (Yahweh Reigns) series: