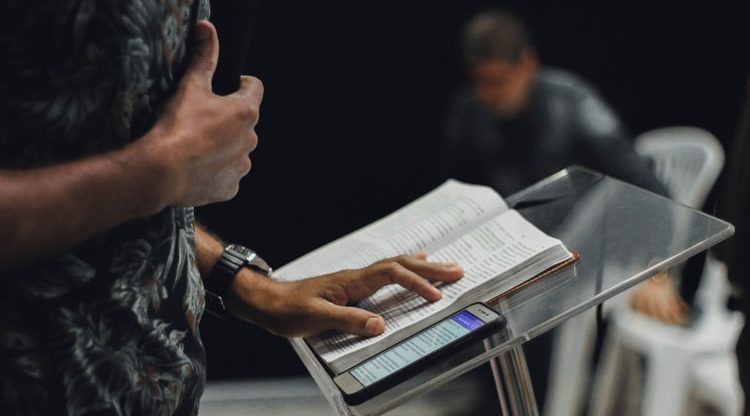 In my GBTS class on ecclesiology the other night, Dr. Jeffrey Johnson told us the story of John Calvin’s pastoral ministry in Geneva during the plague of 1542. I was able to check out Harry Reeder’s work in John Calvin: A Heart for Devotion Doctrine & Theology (edited by Burk Parsons) to learn a little more.

Reeder reminds us that not only was Calvin “brilliant and intense” but that he also had a “heart as a pastor/shepherd” (p. 65). He did not only care about writing and preaching sound doctrine. He also cared for people.

Perhaps what proved Calvin’s heart for people more than anything else was during this plague of 1542. Reed writes that,

Calvin personally led visitations into plague-infected homes. Known that this effort likely carried a death sentence, the city fathers intervened to stop him because of their conviction that his leadership was indispensable. The pastors continued this heroic effort under Calvin’s guidance, and they recounted the joy of multiple conversions. Many pastors lost thier lives in this cause. Unknown to many, Calvin privately continued his own pastoral care in Geneva and other cities where the plague raged… When believers died, he preached poignant funeral homilies with passion and personal concern. (p. 65)

It is unfortunate that so many are playing games in pulpits today (or behind the Ikea tables). And this can be true of otherwise orthodox men too — men who can pass the seminary exams, exegete really well, and preach like Spurgeon. But if there is no concern for the souls of your people, woe to you indeed (Hebrews 13:17).

What do we make of the pastors in Geneva visiting sick folks, witnessing to those on the precipice of eternity, and failing to maintain their social distancing?

I think their legacy speaks for itself. They genuinely cared for souls more than notoriety, self-preservation, or the applause of men. What about you?

This is not an attempt to encourage pastors to be careless with unnecessarily exposing themselves to plagues or viruses. The point is when the plague comes, where is your heart? Is it for self-concern or soul-care?

After all, the Chief Shepherd came not to be served, but to serve, and to give His life as a ransom for many. Of course, you can’t give your life like He gave His. You have your own sins that need to be atoned for, so you must rest in Him too.

Yet, you can shepherd the flock of God that is among you (1 Peter 5:2), serving Christ as you serve His people. Not my flock! Not the mega-church’s flock down the street. The one among you. Love that flock. Christ sure loves that flock. So, you must shepherd that flock. Give your life for that flock. Perhaps that won’t actually require you to put yourself in physical danger. But if it does, so be it. Love their souls in such a way that you not only preach to them the truth but you live out among them what you preach.

Preparing for the Plague

It’s too late for making these decisions now during something like COVID-19. You see, a pastor must give his life regularly during the “normal times” so that when the plague does come — whether that’s a literal plague, or persecution, or some type of disaster or catastrophe — he simply continues his habit of soul care, now just turned up to 11.

What I mean is, if we are playing games with souls before tragedy, we can’t really expect things will change when the city shuts down. If we don’t care about folks on the sunny days, then we won’t really care about them on the rainy ones.

And if we aren’t concerned for souls, we are just playing games. Better to quit now and go sell insurance.

These are unique times, brothers. Love your people well to the glory of God. Maybe one day, historians will write about your heart for souls too. More than likely, they won’t notice.