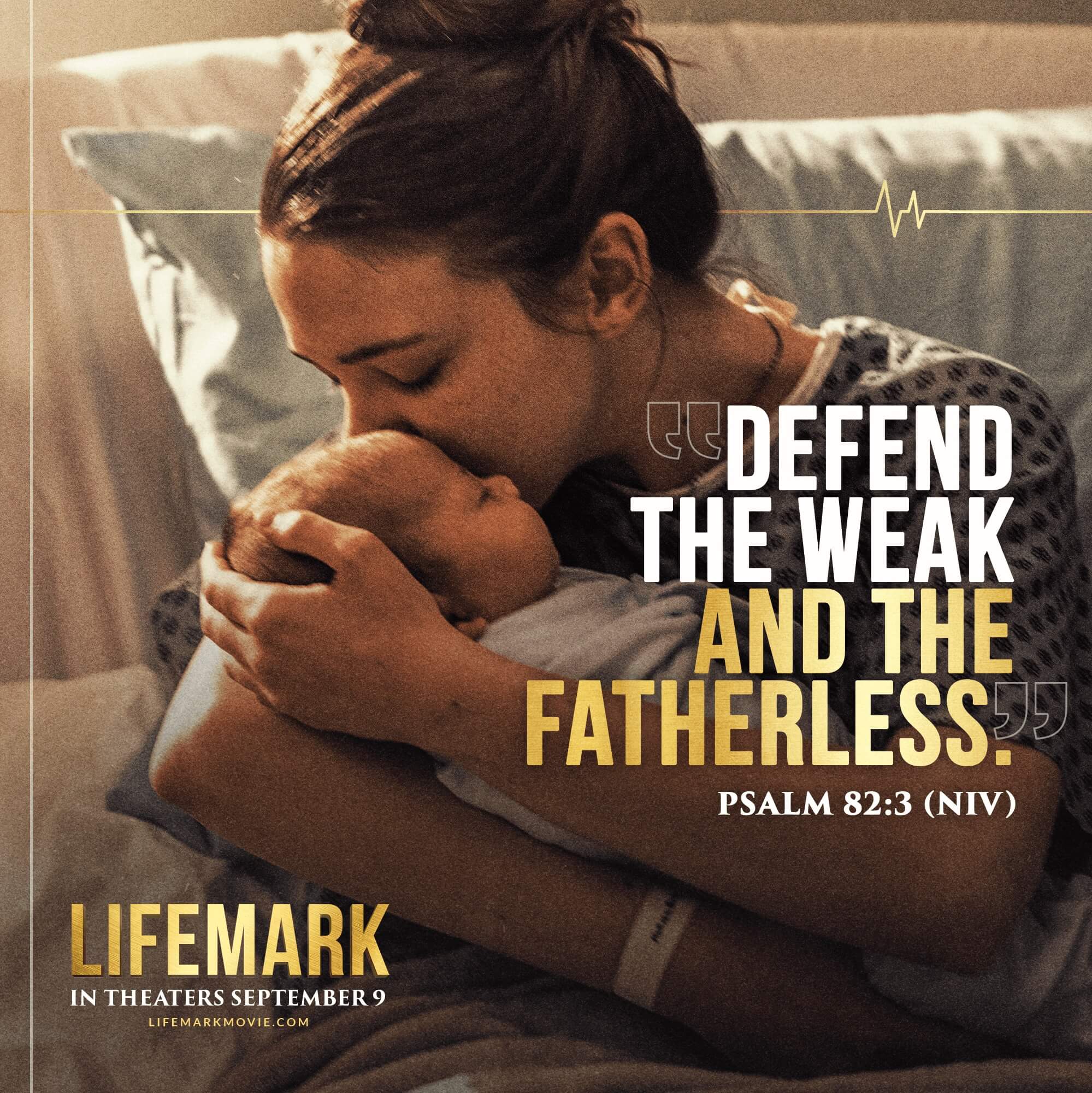 David’s comfortable world is turned upside down when his birthmother unexpectedly reaches out to him, longing to meet the 18-year-old son she’s only held once. With the encouragement of his adoptive parents, David embarks on a journey of discovery that leads to a staggering truth from his past. From executive producers Kirk Cameron and the Kendrick Brothers—creators of War Room and Fireproof—comes LIFEMARK, inspired by an incredible true story that celebrates the gift of life. Keep scrolling to see the official trailer, my review and information about the giveaway you can win.

What You Can Do

You can go see LIFEMARK in theaters starting September 9th! LIFEMARK is a story of hope, of overcoming the obstacles life throws at us, reveling in the art of faith, grace, and perseverance. This encouraging and inspirational film is based on a true story!

As a blogger, I am offered opportunities to review books and movies, and other items in advance of their release in exchange for an honest review. Sometimes, the media company asks for a commitment to promote the movie before allowing you to see it. I’ve been bitten by this before in a bad way, so generally speaking, I do not do that. But in the case of Lifemark, I was really interested in seeing it myself and couldn’t quite figure out how they could foul it up, so I opted in. As a result, YOU have a chance to win a $10 gift card. But first, my thoughts: 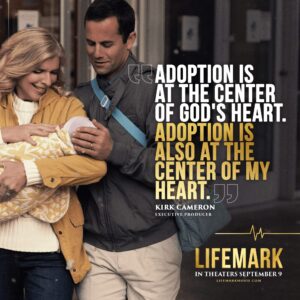 Let me begin by saying, this is a GOOD movie. The flow of things went well overall. I’m a Christian movie guy, and I’ve grown used to the low-budget cinematography we’ve come to expect therein, but this movie avoids those pitfalls. Since the movie spans a couple of decades, they did an adequate job aging some of the characters that appeared in both of those times. I thought the acting was good, and the story itself was laid out in a suspenseful yet gratifying way. You can watch this movie with your kids and there is nothing objectionable like cussing or sexual content to worry about. Just be ready to cry if you have a heart.

It strikes some chords

Lifemark is a movie about a young man who was adopted at birth and is finding his way in life and figuring out his identity when, at age 18, he begins a quest to meet his biological parents. The feelings expressed by all the characters are raw and real.

A bit of a personal note. I was adopted and never met my birth father. I also adopted a daughter who is now in her 20s. I eventually went on a quest to find a long-lost family myself and was surprised by what I found. I can testify to understanding LOTS of the emotions and concerns expressed in Lifemark. I’ve been on both ends of this deal. Your experience may not be exactly what the story of Lifemark is telling, but it’s genuine and tear-jerking.

I am also a regular minister at a local abortion clinic. Without spoiling too much, you can imagine a movie about an unwanted pregnancy must include at least some message about abortion. Seeing that my presence at the clinic could have an unseen impact was encouraging to me.

Swing and a miss 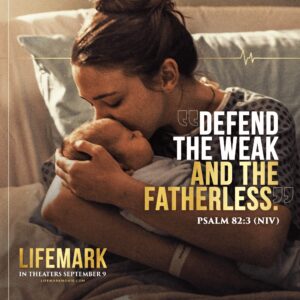 My biggest concern about the Kendrick brothers is their gospelless storytelling in recent years. I was saved shortly before Fireproof was released when Kirk Cameron insisted on presenting the biblical gospel. Courageous followed nicely. In each case, the gospel wasn’t presented by a street preacher or even a church sermon in the movie, but as a natural flow of the dialogue. I can only speculate why, but the last decade has seen the Kendrick brothers partner with many suspicious characters who are on the fringe of Christianity (like Priscilla Shirer) and the message of this movie was watered down in a way that Roman Catholics, Mormons, or nominal Christians could enjoy without the challenge of an actual gospel presentation.

I am not saying every movie has to have the gospel all the time, but a movie about a Christian family who adopts seems like a pretty easy opportunity. They even talk about church in the movie, show the characters worshiping with a Bible, and the word “God” is used repeatedly. What is lacking is any mention of Christ (except for one scene where someone thanks Him). For me, a movie that ends the credits with To God Be the Glory ought to kiss the Son through proclaiming His salvation in a clear way.

I still think this movie is worth seeing and should spark a lot of conversation within families and with friends and neighbors.

For a chance to win One $10 Amazon gift card, enter a comment below and make sure to include your name and email address when prompted and I will randomly select a winner from qualified entries around 9/19/2022. (Note: Giveaway is limited to U.S. winners only)

Many thanks to WTA Media for providing a sample of the product for this review. Opinions are 100% my own.