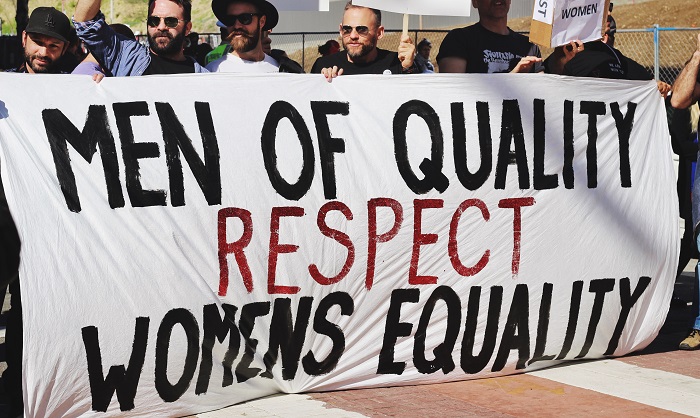 It seems we have ventured into a time in Christianity where every time we write about or exhort women, it must be qualified in such a way as to soften any offense or blow to the reader or hearer. We live in a time of ‘soft chauvinism’ in the way we treat women in the church. I have no desire to re-affirm my consistent love toward women in general, ladies in the church, and the females in my home, in order to win your ear with this post. What I expect you to do, dear Christian, is to read what is written and decide if you believe it can be logically deduced from biblical principles or if it is, in fact, nothing more than straight Bible teaching. A man is not required to say everything that can ever be said on a topic every time he speaks or writes about it. The fact that you clean the bathroom doesn’t imply that you think your dirty kitchen is already clean. I hope you get my gist.

With that in mind, here are three ways I believe we actually demean women under the guise of kindness or sensitivity. On the surface, we think we are being compassionate and understanding, but if we look deeper, we can see that somewhere our sinful pride and tendency towards self-preservation prevents us from simply saying what ought to be said. In each case, I will show that when we engage in these behaviors, we actually are treating women like they are stupid or simply creatures who lack the self-control to honor God with their actions.

We exercise a form of chauvinism which is non-obvious, hidden behind a mask of gentleness which is nothing but cowardice.

In areas where people still believe there are distinctions between men and women, it’s obvious that women have been designed as the more emotional creature when compared to men. Though there are some exceptions, of course, women are more likely to express emotions, more likely to share their emotions with others, and are less likely to want to “get over it” in order to move on to the next task.

This, of course, makes women wonderful wives and mothers. When I am sick and want attention, it doesn’t bother me in the least that my wife seems to empathize with everything around her. When my son falls and scrapes his knee and I stand over him saying, “Get up,” it’s his mother who is utterly skilled at offering compassion for his pain. I want to take my kids’ pain away; my wife is willing to bear the burden with them.

Women and their emotions, when used for God’s good, are wonderful. But when women become controlled by their emotions to the point that there is no rationality behind their decisions, there’s a problem. When anyone (but we’re talking about women now) is unable to express good wisdom behind why they are asking you to do something, they are acting more like an animal than a person. One of the great gifts God has given us which sets us apart from animals is the ability to reason. Listen to Jude:

Jude 1:10 ESV
10 But these people blaspheme all that they do not understand, and they are destroyed by all that they, like unreasoning animals, understand instinctively.

Regarding false teachers, but applicable to anyone driven by their feelings apart from sound reason, Jude warns us that those who do these things are like unreasoning animals. Romans 1:21 reminds us that futility in our thinking is a sign of reprobation and sin. Dear sister: have you allowed the up-and-down swings of your emotions, possibly even those which are natural and physical, to become the driving force behind your decisions? Do you allow things like your menstrual cycle to be your excuse to be irritable (which is sin)?

Dear brother: do you give in cowardly to your wife or daughter, excusing sinfulness in them?

Women are not animals. They are intelligent, thoughtful, rational beings who need to be exhorted to properly interpret their emotions in light of God’s objective truth. When you treat a woman as if she cannot do this, you discriminate against her, assuming she is more like an animal than a rational human being.

According to Psalms 84:10 ESV, “For a day in your courts is better than a thousand elsewhere. I would rather be a doorkeeper in the house of my God than dwell in the tents of wickedness.” There is a sense in the Old and New Testaments that every task we perform for the Lord Jesus Christ ought to fill us with joy and significance because of who He is. And this is true.

The point is that for a majority of people who serve Jesus Christ, the tasks that lie before you are simply not fun. They are self-abasing, humble tasks (akin to washing the disciples’ feet). Yet, we have developed a way of presenting women with their duties as if we are supposed to be marketers for God. There’s frankly nothing exciting about being a stay-at-home mom and cleaning up diarrhea, wiping snot, spanking butts, and trying to keep a house clean while doing it. Then have dinner on the table, laundry done, and try to look nice for your husband when he gets home from work. Yes, I know women mature and grow to appreciate even a difficult life. But no one chooses these things because they’re glamorous or exciting or fulfilling in and of themselves. These are tasks we expect women to undertake because God said to, not because we can sell it to them.

There’s a reason Paul had to advise the Corinthians against coveting one another’s gifts: it’s because some gifts are more fun and more exciting to exercise. Don’t get me wrong; all the gifts are important and necessary, etc. But they aren’t all equally desired. God chooses doorkeepers; no one aspires to that naturally.

So we are softly chauvinistic when we try to convince women that teaching children is as exciting as preaching to big rooms of men and women. We insult women’s intelligence when we tell them doing the laundry is as great as whatever your husband does. In many cases, that just isn’t so. Most stay-at-home-moms’ jobs (along with most jobs) are things another person could easily do. Women know it takes more skill to teach a class at a college than it takes to time laundry and dinner. It’s not about special skill or fulfillment received because of reaching one’s potential. The role of most Christians is simply to be faithful to a task that is only fulfilling because of whom you are doing it for.

Let’s stop treating women like they are an audience for our marketing and simply call them to obedience to God wherever He has placed them (which is generally—and should be—in the home with children, doing average “stuff”).

Not Immodest or Immoral, Just Stupid

They know the parts of their bodies that attract attention. Every woman who has been sexually active knows how to move parts of her body to imitate sex.

Yet Christian women dress in ways that are immodest, and we are afraid to say anything. Why not show women enough respect for their intelligence and awareness to say, “Hey, I think you are violating the Lord.” It is patently unloving to leave someone alone in their sin, especially sexual sin which is devastating to themselves and to others. Women are not stupid. And when you act like they cannot possibly understand how their bared midriff is dishonoring to the Lord Jesus Christ, you show that you actually believe they are.

The Most Insipid One of All

Additionally, we seem to have a new way to call women stupid (which, let me repeat, they are NOT), and that is to act as if women do not know that pregnancy results in a baby. Don’t believe me? Jump into some threads online and read many conservative Christian responses to the epidemic of abortion in our nation and world.

A PREDOMINANT response is to completely exonerate women of all wrongdoing because they aren’t educated enough to know there is a baby growing inside them.

I reject the notion that women—even young girls—are stupid, as proponents of this view clearly espouse. I think women are intelligent and are more than aware that abortion kills a baby. They may be suppressing this truth in their unrighteousness, but it is an act of brazen chauvinism to proclaim any girl to be that ignorant. I think it is innate to the human condition. What I am saying is even apart from a science class, women are capable of realizing pregnancy means “there’s a baby in there.” Stop hating women by thinking they are incapable of self-control and rational thinking or that they are just plain not smart enough to see what we men see. Let us all start treating women the way Jesus treated them: loving them with kindness, gentleness, humility, truth, and a command to sin no more.

P.S. Note: If what you read above was “Michael hates women and blames them for all the problems in the world, and men never do anything wrong,” might I suggest you cancel your Internet service, sign up for a reading course, and come back when you have enough intellectual honesty and comprehension to maintain civil discourse?