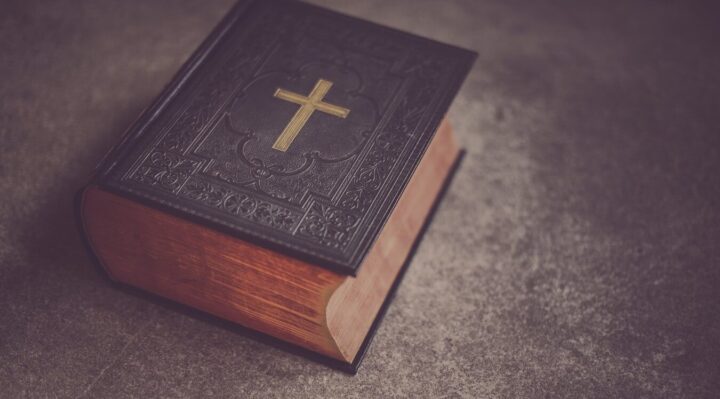 It seems some Calvinists get so concerned about John 3:16 being used as a “gotcha” against the Doctrines of Grace that they can go too far in overcorrecting. Some work so hard to show what all the verse does not mean that they fail to eagerly embrace all that it does mean. Certainly, John 3:16 is no prooftext for universalism or unlimited atonement. But what it does mean should be a beautiful reality to all true believers. Calvinists should love John 3:16 and all that it entails, not being afraid of God’s love for the world and the well-meant offer of the gospel found therein. Still, some will object to these realities.

In this post, I want to work through the Exegetical Objections and Systematic Objections of those who deny John 3:16 teaches God’s love for the entire world and gives us a foundation for an indiscriminate well-meant offer of the gospel.

First, some object to the idea of the word “world” meaning every person in the world. Truly one theme of John’s gospel is that Christ has come not merely for the Jews but also the Gentiles, or “the world”. Thus, some may propose to think of “world” in John 3:16 as “For God so loved both Jews and Gentiles.” This solution, however, would only provide a synonym for the word “world” that functionally means the same thing.

Another exegetical objection might center on πᾶς ὁ πιστεύων and that the focus is not on the “whosoever” but on whosoever believes, meaning, the well-meant offer of the gospel is only good for those who believe, and thus it is not really a well-meant offer for it is the Lord who ultimately grants faith. The focus, however, is not so much on whosoever or believes so much as it is on whosoever believes εἰς αὐτὸν (in Him). The focus is on Jesus. It is not merely about faith in faith but a faith in Christ who is set before a lost and dying world as the only suitable and all-sufficient savior of any person who will come to Him. Yes, it is true that none will come to Him apart from the Father’s effectual call, but this does not negate the Father’s genuine offer of the Son to all and genuine desire for repentance rather than perishing (cf. Ezekiel 33:11). The offer God gives to the whole world of eternal life through faith in His Son is a genuine offer. All those who believe will not perish. And yet, none are willing apart from sovereign grace (cf. John 6:65, Eph. 2:4-5).

Others might argue that πᾶς ὁ πιστεύων limits the entire scope of John 3:16 to the elect only. Again, it is true that only the elect will ultimately believe on Christ. It is also true that this verse does not teach libertarian free will or that all persons have the inherent ability to believe on Christ. Those who say it does miss the very thrust and wonder of the verse! The sinner’s inability lies in his love for the darkness and unwillingness to come to the light. He or she is a slave to sin (John 8:34) and unable to come to Christ because of his or her dead heart and unwillingness. All may come to Christ, but none can come to Christ apart from the Spirit’s work (John 6:63). Positively, then, John 3:16 teaches a love of God that reaches to all persons in the world. The point is, John 3:16 does not call a lost sinner to consider his or her election but to consider the gospel as a manifestation of God’s love for them and that if they will look to Christ in faith, they too will receive eternal life.

John Calvin, commenting on πᾶς ὁ πιστεύων, writes, “[God] has employed the universal term whosoever, both to invite all indiscriminately to partake of life, and to cut off every excuse from unbelievers.” He goes on to say, “Such is also the import of the term World, which he formerly used; for though nothing will be found in the world that is worthy of the favour of God, yet he shows himself to be reconciled to the whole world when he invites all men without exception to the faith of Christ, which is nothing else than an entrance into life.”

Other objections to John 3:16 tend to be Systematic in nature, meaning that God’s love for the entire world does not fit into one’s particular system. Exegesis, however, must form one’s systematic theology instead of one’s systematic theology obscuring sound exegesis. Exegetes must never approach a text like John 3:16 and start off by saying what it cannot mean. Rather, they must seek to faithfully handle the text in order to understand what it does mean and adjust their system accordingly. John 3:16 shows that God does love all persons, as backed up by other passages like Mark 10:21. This does not mean that God loves all persons in the exact same way, but it does mean that He loves all persons enough to give them a well-meant offer of the gospel.

And if John 3:16 is not supposed to be published to the nations, why did John pen it in the first place? John wrote that his readers might believe and have life and so he included John 3:16 in his work in hopes that sinners would see the universality of God’s love, the well-meant offer of Christ to all who would receive Him, and that they would look upon Jesus in saving faith. The verse is not about God loving you if you believe, but that God so loved the world so that everyone who does believe in Christ will not perish.

There is an element of mystery involved in the Holy One’s plans and purposes. After all, the secret things belong to the Lord (Deuteronomy 29:29). Ultimately an exhaustive explanation of God’s desires is not possible since He is infinite, and humanity is finite. Analogy, however, can help Christians grasp hold of the concept of God’s love and free offer of the gospel. For example, a man can genuinely love every child he knows while simultaneously loving his own children in a way that goes far beyond that. So too can God love the whole world in one way, and His elect in a special way.

Or, suppose a man purchases an entire city block worth of housing for the homeless and sends messengers out to let people know that anyone who will come can receive a free house. This is a genuine offer. At the same time, he can also go and specifically load up certain people and drive them to the homes himself. So too can God genuinely offer Christ to a world that does not want Him while also regenerating the hearts of His elect so that they may happily receive Him. If humans are able to differentiate between their love and well-meant offers, surely the infinite God is able to in a way that is consistent with His nature and a genuine expression of His desires. And though everything God decrees He does desire, this does not also mean that God does decree everything He desires. Dr. Bob Gonzalez notes, “God’s decretive purpose does not exhaust every possible state of affairs that God may deem desirable.”[i]