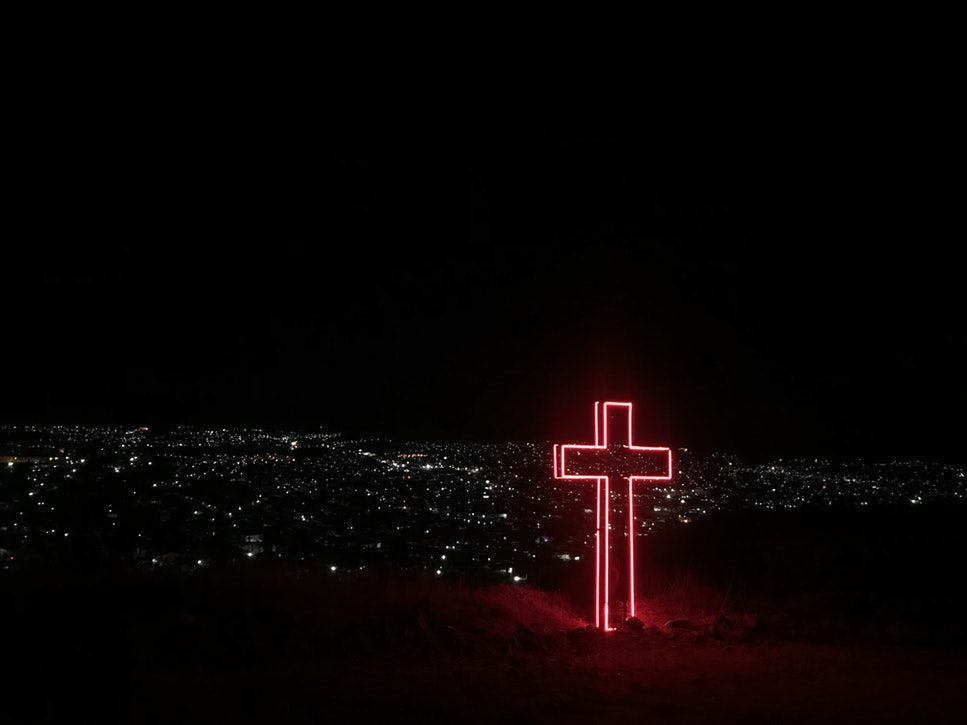 What Kind of Relationship?

The second thing to understand is Judas had a relationship with Jesus, and he is in hell. The point simply is a faith that says ‘I just feel _____’ without being based in truth is worthless. Too many folks in the United States who claim to be Christians do not have a firm grasp of the gospel (if you don’t believe me, check out Ligonier’s State of Theology Survey results). There may be similarities to the true gospel, and  some of the same language, but even Mormons and Jehovah Witnesses employ the same wording in some areas as true Christianity.

The one true Gospel is this: God made man in His image. Our first parents, Adam and Eve, sinned against God. Each human since then inherits their guilt. We are fallen in Adam (Rom 5:12ff). As a result, we are born with a broken and fallen nature. We are guilty and we are corrupt. Furthermore, we choose to act in accordance with our fallen nature and sin against God (Rom 3:10ff). In our natural state, we hate God and want to be God ourselves.

Most people would never admit to hating God but they show so by their continued rebellion against Him. The Bible plainly teaches that our heart is deceitful (Jeremiah 17:9). So, we are guilty rebels who can do nothing to change our position with God, nor do we want to. But God… Two glorious words! But God did not see fit to leave us in this state. He sent His Son Jesus to be born of a virgin. To live a perfectly spotless life on our behalf. Everywhere Adam failed, everywhere we’ve failed, every Law of God we’ve broken, He succeeded.

Jesus humbled Himself by becoming obedient…to the point of death! In other words, He obeyed the Father all the way to the cross. Even though He did not deserve the cross, He went there so that He could absorb the righteous wrath of God on our behalf. It wasn’t enough for Jesus to be perfect for us. He also had to be punished for us so that God could be just and the justifier of rebels. On the Cross Jesus became sin, He became us so that God could treat us like Him (2 Cor. 5:21). Jesus, fully God and fully man, rose again from the dead. He ascended into heaven and is seated at the right hand of the Father.

What must our response be to this news? We must repent and believe it (Mark 1:15). Repentance isn’t saying we are sorry, although it certainly involves sorrow. Repentance is turning from our sin and then turning to Christ in faith. Trusting in His righteousness alone. God will not accept our righteousness because we don’t have any! Our best is filthy rags (Isaiah 64:6). We must rest in Jesus. When we trust in the finished work of Christ by faith we are declared righteous! Justified. Meaning: just as if I always obeyed. I get credit for Jesus’ life because, on the cross, He got credit for mine.

And yes we do have a relationship with Him by faith! This is wonderful! But this relationship is one in which Jesus is continually growing us (Phil 1:6). He is making us more and more like Himself. Are we perfect? No way! Far from it! But we are growing in holiness, fighting sin, hating the world, and treasuring Christ more and more. This, as you can imagine, affects everything about us! It affects the way we think and our jobs, our marriages, our hobbies, our likes and dislikes. A person who claims to be in a relationship with Jesus but continues in habitual unrepentant sin is a liar (Not my words! These are John’s: 1 John 3:6).

As believers in a relationship with Christ, we are now pursuing pure and undefiled religion (James 1:27). There are rules we are expected to follow. Yet, this is the law of liberty (James 2:12). It’s not that we are obligated to obey for our justification but that we desire to obey because are already justified by grace alone through faith alone in Christ alone.

Many many many people claim to love God. But do they love the God of the Bible? Even in the New Testament era people were preaching a false Jesus (2 Cor 11:4). Just because someone says they love Jesus doesn’t mean it’s the Jesus of the Bible. Yes, false teachers will be held accountable for their teachings, BUT each one of us is responsible to look to the Word and see the truth for ourselves. I do implore you to search the scriptures and see.

And one final note on the scriptures. They are our highest and final authority. Not what we feel. Scripture is sufficient. Let us look to the Book!

We must grow in our discernment. Time with the Lord in His Word will grow us in this. We must be willing to share the truth with others in love. Christianity is a religion and a relationship, don’t juxtapose these two realities.