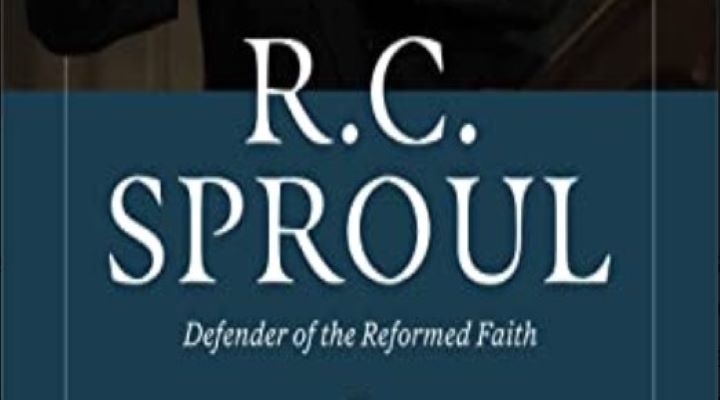 Nate Pickowicz serves as pastor of Harvest Bible Church in Gilmanton Iron Works, New Hampshire. He is a frequent contributor to Tabletalk Magazine. His other books include How to Eat Your Bible: A Simple Approach to Learning and Loving the Word of God, Why We’re Protestant: An Introduction to the Five Solas of the Reformation, and Reviving New England: The Key to Revitalizing Post-Christian America. 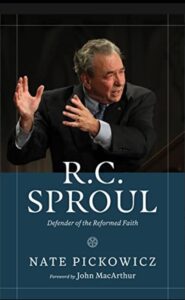 I have to begin this review with a personal testimony. Around 15 years ago, I took a discipleship class on apologetics taught by a lay teacher in my local church. He talked about the many reasons that we can trust the Bible and what it teaches about who God is, the reality of sin, and what Christ has done. The book he chose to teach from was Defending Youth Faith: An Introduction to Apologetics by R.C. Sproul. At that time, I had no idea what “Classical” Apologetics, “Presuppositionalism”, or “Evidentialsim” were but I was fascinated by the way the Christian faith was being methodically, logically, and dare I say, winsomely laid out by this Sproul guy.

Within a few years, I had devoured countless hours of Sproul’s Renewing Your Mind podcasts and read several of his books. I even got to be there at the 2014 Ligonier National Conference. That was the year when, after about the third or fourth audience question about God’s sovereignty, Dr. Sproul growled “What’s wrong with you people?” and 1000 memes were born. All that is to say that God used R.C. Sproul to show many of us the joy that can be found in a vibrant life of the mind focused on the things of God.

R.C. Sproul: Defender of the Reformed Faith opens with a Foreword from Sproul’s longtime friend and self-identified “leaky dispensationalist” John MacArthur. Following his own introduction, Pickowicz spends the first 2 chapters recounting Sproul’s early life, conversion, call to ministry, and challenges in theological education and training (5-36). The author provides a brief Conclusion and Acknowledgements, and Select Bibliography (125-140).

Pickowicz takes an interesting approach to organizing the primary 5 chapters of this biography. Through researching the many seasons of Sproul’s ministry, he discovered that they each focused on a different sola of the Protestant Reformation (2-3). For the purposes of this review, we will look at Sproul’s defense of Scripture and justification by faith alone.

The doctrine of Scripture takes center stage in “The Battle for an Inerrant Bible.” Pickowicz touches on the establishment of the Ligonier Valley Study Center which Sproul loosely modeled after Francis Schaeffer’s L’Abri Study Center (38). As Sproul’s ministry grew, the battle for the Bible heated up once again in the 1970s. He quickly recognized the importance of affirming both the full inerrancy and infallibility of the Bible. With help from many partners, Sproul organized a conference of scholars who all affirmed inerrancy, leading to the drafting of the Chicago Statement on Biblical Inerrancy. The statement was signed by 268 leaders across a variety of evangelical denominations and backgrounds, and it is still recognized and affirmed by many churches today (49.)

R.C. Sproul recognized the necessity of God’s predestinating grace in all things, including the salvation of sinners. As he put it, “There are no maverick molecules running around loose. God is sovereign. God is God (67).” After years of success and growth through God’s blessing on his ministry, Sproul found himself at odds with his own friends and ministry partners.

While R.C. Sproul did not shy away from the Reformed view of God’s sovereignty in election, the rise of the Evangelicals and Catholics Together in the 1980s forced lines to be drawn over the more basic doctrine of salvation by faith alone, sola fide. ECT produced a document that sought unity among Protestants and Roman Catholics, but it did so while minimizing doctrine (78-79). Sproul, along with John MacArthur and others publicly split with their friends J.I. Packer and Chuck Colson over their refusal to remove their names from the ECT statement.  As Pickowicz rightly puts it, “Words mattered to R.C., and he detested ambiguity (86).”

Pickowicz includes some biographical details and minutia in the way of names and dates, but the emphasis of this book is on tracing Sproul’s doctrinal concerns. This is not to say there aren’t some interesting historical details. For example, early in his ministry Dr. Sproul taught evangelism at a local church using D. James Kennedy’s Evangelism Explosion program which I had seen my parents participate in at our local Baptist church (33). I was also surprised to learn that Sproul officiated Tim Keller’s wedding (38). Make of that what you will.

The author’s deep respect for R.C. Sproul is evident throughout this book. Indeed, it is hard to overstate the impact Dr. Sproul had on so many of us. He not only edified with his own teaching, but also pointed back to those who influenced him including Augustine, Calvin, Luther, and Edwards. Ironically, God even used this famous Presbyterian to give me a greater appreciation for my own heritage as a Baptist. As Dr. Sproul famously put it, “Burning hearts are not nourished by empty heads.”

Nate Pickowicz’s new biography, R.C. Sproul: Defender of the Reformed Faith from H&E Publishing is an accessible and concise look at one of the most influential teachers God ever gifted to the church. Highly recommended.