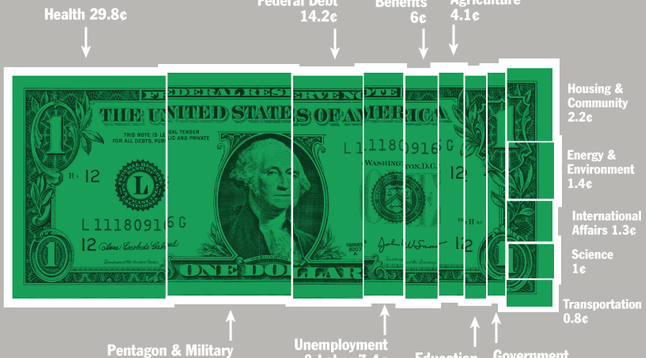 Supported by the Public

Asking for a raise is one of the most intimidating aspects of being employed. An employee subjects themselves to an evaluation of their worth in hopes of garnishing an increase in wages. The wages are ultimately derived from the owner of the company, so the employee isn’t merely asking for more money out of a collective pot that gets magically filled by the economy fairy. They’re asking for money from the company via a larger share of the budget allocated for salaries. You can see how it’s no small thing to ask for an increase in pay.

Christians aren’t forbidden from being gainfully employed and well compensated for their skill, time, knowledge, and sweat. Greed isn’t the necessary motivator for wanting to be paid more. There can be a lot of good reasons you want to be paid more. Whether you’re being greedy or unreasonable can be a topic for another post but for now, I want to discuss the humility that should necessarily be attached to those working in the public sector.

In the public sector, the workers are paid as a result of taxes collected. Taxes are not voluntary. Many people do not want to pay taxes and do not like paying taxes and do not receive a return on investment commensurate to the taxes they pay. This doesn’t mean people should cease paying taxes or that all taxes are inherently evil. Nor does it mean that a

ll government agencies are incompetent, corrupt, or wasteful. This post is not about the measurable efficacy and efficiency of government bureaucracies and agencies. My aim is to urge public employees (people whose income is fully dependent upon taxes) to be humble in their requests for more money and better benefits.

Their income, regardless of how well they do their job, comes at a cost to everyone else. If I get a raise from my employer and it results in the price of our tires doubling, you won’t have to pay for their increase if you don’t want to – you’ll just buy different tires. I can’t compel or coerce you into paying for my raise without first working to produce something you want. That’s not how it works in the public sector.

If I’m not interested in the services offered by a public employee I am still obligated to pay for their salary. If I decide I don’t want to pay for their salary (i.e. refuse to pay taxes) then I will be arrested and imprisoned. Their salary is ensured with the threat of force while everyone else must produce something of value to guarantee their wages. That’s the glaring difference. Again, I’m not trying to bash people who work in the public sector. There are a lot of people doing valuable and essential work and most of us are happy that a small portion of our income pays those people for the work they do. The emphasis here is on humility. Public workers should be humble in requesting raises or complaining about their pay.

When public workers go on strike and demand more money for their work (whether they are worthy of their pay is irrelevant to this discussion) I don’t think they understand what they are asking of everyone else. What they are asking is for more of everyone else’s money to be taken by threat of force. That must humble a person. If my employer could arrest you for not contributing to my salary, I would hope and pray that I’d be extremely gracious and understanding if you had the slightest objection to me getting a raise or if you asked me to justify the necessity of my occupation.

As Christians, we serve our neighbors better when we try to look at things from their perspective and treat them how we want to be treated. If you work in the public sector take a minute and think about how you’d feel if you were coerced into funding a restaurant you never went to. Then think about how you’d feel if employees at that restaurant were paid better than you but were also demanding a raise. We are not being loving toward our neighbor if we’re inconsiderate of the burden our job places on him.