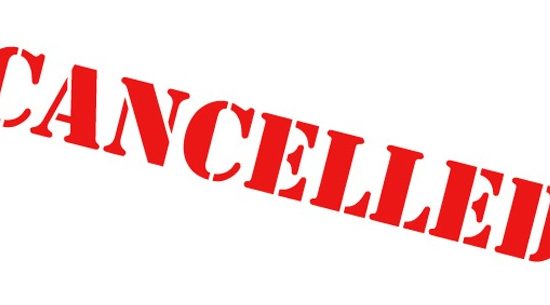 This past week we witnessed one of the ugliest instances of “journalism” I have ever seen. A young man from Iowa stumbled into raising over a million dollars for a children’s hospital in his home state. It’s the same hospital that overlooks the University of Iowa’s football stadium. The same hospital that gets waved to by the entire stadium during the game in what is perhaps the most heartwarming tradition in all of sports. Somehow a journalist saw this incredible story unfolding and decided he needed to ruin it.

The journalist dug through the young man’s Twitter page and unearthed offensive tweets the guy made when he was 16. Certainly the tweets were in poor taste if they were what the journalist said (they’re alleged to be quotes from a popular TV show at that time) but who of us, black, white, brown, mixed, tall, short, etc didn’t say something terrible as a teenager? I don’t think any of us can live up to that standard. As a result of this journalist’s stunning and brave research, the young philanthropist lost a valuable relationship with Anheuser-Busch and had to endure public embarrassment.

The newspaper said what they did was a “routine background check” and not intended to be malicious. Perhaps that would make sense if this guy were running for office. It might make sense if the tweets were even somewhat related to the hospital or if he tweeted how he was going to scam the public into giving him money. His offensive tweets were irrelevant as to the good he was presently doing. Sure it’d be nice if everyone who was doing exceptionally generous and selfless deeds lived their whole life above reproach – that would be wonderful, but it’s not realistic. The newspaper sowed an ugly seed that has roots in bitterness, anger, jealousy, and hatred. “Yes this guy saved children from a burning building, but what if he said something bad 30 years ago? The public must know!”

Soon after the article from the newspaper (which I’m intentionally not naming) was released the journalist who wrote it and performed the “routine background check” was himself found to have written countless racially insensitive tweets. Hundreds of helpful, aspiring journalists on social media wanted to assist the newspaper in performing routine background checks and did one on the journalist. The paper since then has been bombarded with sarcastic comments and has justifiably been vilified for its egregious hypocrisy and unnerving wickedness. Just imagine how ugly one must be to see the most heartwarming story of the year and go out of their way to try to demonize a 24-year-old who accidentally came into a lot of money and then, instead of lavishing himself, does the right thing and donates it!

The encouraging thing to witness was how normal people responded to the injustice. Rather than joining hands with the newspaper in ridiculing someone for something stupid they did as a teenager they rightly criticized the newspaper for being so despicable. I was also encouraged to see God’s word fulfilled yet again. In the above verses, we read that God cannot be mocked and that people who sow unrighteousness (e.g. judging a philanthropist with an untenable measure and trying to destroy him) will reap destruction. They received the penalty for their error as people judged the newspaper by the same standard with which it judged a guy who stumbled into an inspiring act of philanthropy.

I do not know the spiritual condition of the young man who raised all the money. His salvation, while important, isn’t the focus of my conclusion. God cannot be mocked and we are commanded to not grow weary in doing good. I don’t want to let the hatred of a newspaper and the hatred of the media and routine background checkers to discourage any believer from doing what is right. Our Lord and Savior lived His whole life in perfect obedience knowing He would be punished for doing so. That same Lord and Savior is praying for us and will not let the devil sift us like wheat, nor will he let Joe Shmo Journalist pry us from His hands when it’s uncovered we stole lunch money in 6th grade. Pray all the more for opportunities to glorify your Father in Heaven by doing good deeds and also, maybe, delete all the social media posts you made as a teenager.