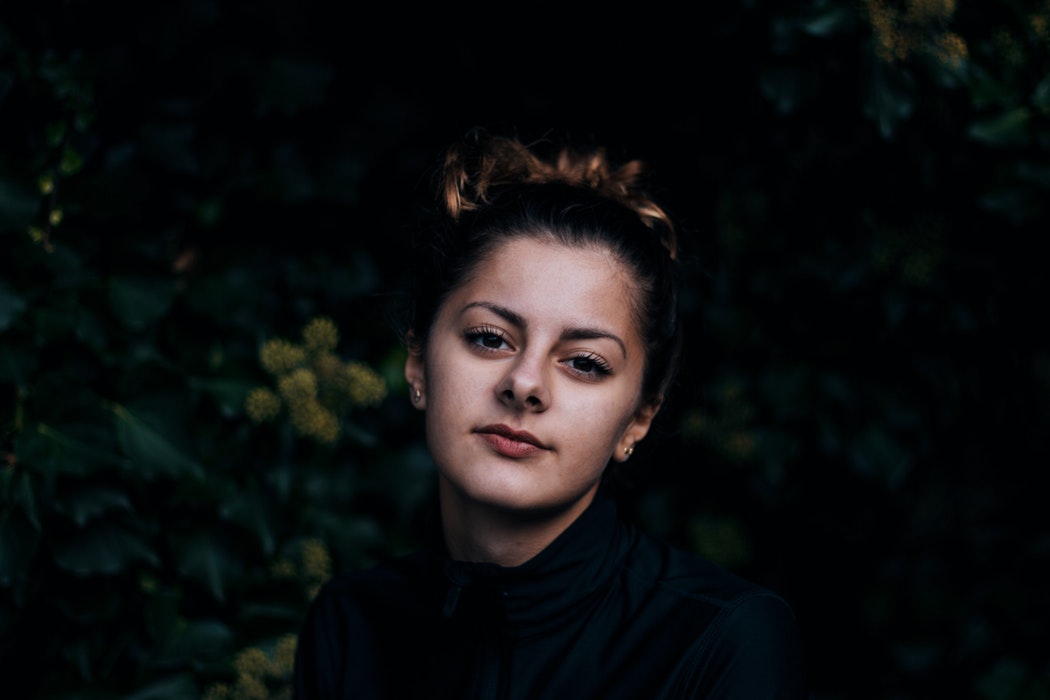 It was funny at first. Little two-year-old Brittany’s parents thought it was so cute as she’d spit out the green vegetable and then viciously rub her hands on her tongue as though attempting to erase every shred of taste completely out of her mouth. Well, it was sort of cute actually. The way she’d furrow her eyebrows, making a face like she’d just put the worst flavor food known to mankind in her mouth.

As she got older, Brittany and broccoli became like Michigan and Ohio State, bitter rivals refusing to find any common ground in which to enjoy one another. There were historic battles at the dinner table as her mother tried to coerce her to just eat one bite. There were even times Brittany sat at the dinner table until bedtime because she counted that consequence more tolerable than eating the broccoli off her plate. The commands couldn’t change her feelings.

Brittany hated broccoli. She hated the smell. She hated the taste. She even hated the way it looked. As she went through her teenage years her parents had basically given in. Broccoli only made rare appearances at meal time, and never did it show up on Brittany’s plate. It was like canceling the football games between Texas and Texas A&M. The animosity was still there, but it was out of sight, out of mind.

Then one day after school, Brittany’s mom explained to her the benefits of broccoli, how it was good for the body, and how studies had even shown it helped prevent cancer. Amazingly, teenage Brittany listened and believed her mother. She agreed that she had been missing out on a great source of nutrition. She resolved to give broccoli another try. A healthy life was worth it.

But her taste buds didn’t get the memo. As hard as she tried, she couldn’t stomach the grossness that was broccoli. Her dad would lovingly remind her how good it was for her, and she politely agreed. But it didn’t change her disgust. She wanted the benefits of broccoli but the taste remained repugnant to her.

Over the years of her early adulthood, Brittany and broccoli had several run-ins. She attended a dietary conference one time and was in full agreement with the nutritional benefits of the vegetable. Still, she hated it.

Then, at the behest of friends, she tried to put small amounts of broccoli inside dips and dishes so as to get at least some of its benefit. Over time, however, she became convinced that she was actually eating worse by putting so much extra junk food in her broccoli dishes. She gave up on broccoli altogether. She hated it, and that was that. Brittany and broccoli would forever be like oil and water, both existing but never mixing.

Or so it seemed.

On a sunny Tuesday evening in May, Brittany found herself enjoying some scenic roads in her brand new convertible. Suddenly, she found herself behind a large flatbed truck carrying a full load of, perhaps you guessed it, broccoli. As they wound their way through the curvy countryside, an unexpected storm sprang up. The thundered rolled, the sky darkened, and rain began to fall in sheets. Brittany tried to put the top of her convertible up to no avail. Rain fell so heavy she could barely see.

Panic seized her as she looked for some place to pull over when the truck in front of her slipped on the road and turned perpendicular on the highway covering both lanes. Brittany crashed into its back as lightning struck all around her. The airbag deployed knocking her unconscious, and the broccoli from the truck buried her up to her nose.

The doctors sent her home after only two days in the hospital. She had minor injuries save the concussion, but she was told to take it easy and notify her primary care physician if she observed any strange symptoms stemming from the head injury.

“Strange symptoms” is an understatement. A coworker came by the evening after she was released from the hospital to make her supper. An unexpected smell wafted from the kitchen to Brittany’s bedroom and caused her to sit straight up. Whatever it was, it smelled absolutely delicious. Her stomach began to growl and her mouth salivate as she made her way toward the stove. What could possibly smell so good?

When she saw it she almost lost her breath. Steamed broccoli. Are you kidding me? She hated broccoli. This would never be. Her mind was playing tricks on her. Oh but it smelled so good! And her friend was so kind to cook her supper. She decided to try it.

Her fork almost visibly wavered as she nervously brought the vegetable to her mouth. She closed her eyes and thought “here goes” as she plunged the broccoli onto her palate and savored the flavor.

It was so good she had three helpings. The first thing she did after supper was called home. The doctors couldn’t explain it and she couldn’t explain it, but one thing was absolutely certain: something had changed. This foul vegetable had turned into a delight for Brittany. And it wasn’t the broccoli that transformed. It has always just been broccoli, doing whatever broccoli does. But Brittany no longer saw it the same. She now tasted and saw that broccoli was good.

It wasn’t the facts of its benefits or the pleadings of her parents that caused Brittany to now love broccoli. A change had to take place. And a change did take place! Mysterious as it was, on that Tuesday in May, Brittany went from being a broccoli hater to a broccoli lover. And she was ok with that. And if you checked in on her today you’d find her and her husband giggling at their two-year-old daughter as she furrows up her eyebrows and sticks out her tongue when she tastes broccoli.

Let the reader understand this modern-day parable, as silly as it may seem.

A person may know the facts of Christ. A person may even “want” Christ for certain benefits He promises, such as heaven. A person may truly understand that without Christ, hell awaits them in eternity. A person may even hear constant commands to repent and believe the gospel. But unless a change takes place in their hearts, they will not love Christ and embrace Him in faith.

They may fake it. They may mix Christ with a worldly lifestyle so as to appear to follow Him. But it’s a ruse. They don’t love the biblical Jesus. They only love the Jesus they have invented in their own mind. If nothing changes, they will meet Him in judgment.

The miracle all persons need is that of regeneration. Something must stir our hearts to go from hating Christ to loving Him. That something is a Someone. And His stirring is actually surgical. It’s a removal of the heart of stone and replacing it with a heart of flesh that sees Christ as the Savior He is. This heart loves Christ and the things He bids us to do.

The regenerate heart doesn’t merely tolerate the things of Jesus; it embraces them with true affection.

Perhaps you’ve had enough resolve to stop doing certain immoral things, but you do not actually love the things of Christ. Perhaps what you need today is transformation. Good news: God is in the heart-changing business. No, it won’t be some stormy day in a freak broccoli truck accident. It will be under the ministry of the gospel. My exhortation to you is to find a gospel-preaching church and go. Pick up a Bible and read (Perhaps John 3). Find a Christian friend and call them and ask them to explain the gospel once again. Call out to God for mercy.

May the Holy Spirit give you new life.

“The love that believers have toward God is not stimulated by a command, but by a new nature.” ~Henry Scougal