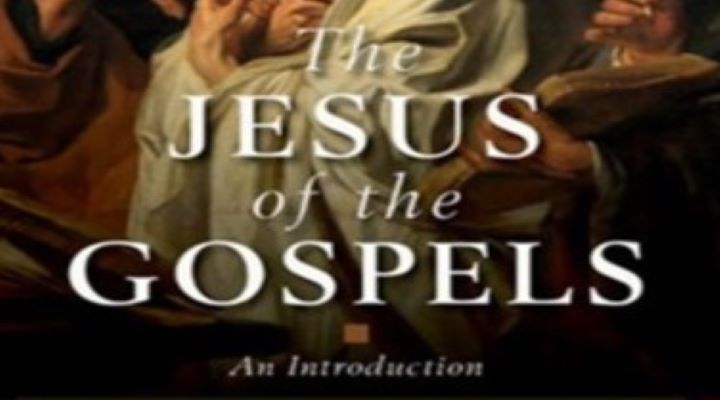 Book Review — The Jesus of the Gospels: An Introduction Andreas Köstenberger is the director of Midwestern Baptist Theological Seminary’s Center for Biblical Studies, in addition to serving as their research professor of New Testament and biblical theology. His other works include Salvation to the Ends of the Earth: A Biblical Theology of Mission in the NSBT series, The Cradle, the Cross, and the Crown: An Introduction to the New Testament, and The Heresy of Orthodoxy: How Contemporary Culture’s Fascination with Diversity Has Reshaped Our Understanding of Early Christianity.

Who Do You Say That He Is?

One of the simplest questions Jesus ever asked his followers was also in many ways one of the most complex, “Who do you say that I am?” (cf. Matthew 16:13-20). Since Christ’s time on earth, there have been many different answers to that question. Was Jesus a revolutionary? A good moral teacher? A nice guy who was good around kids?

New Testament scholar Andreas Köstenberger has been pushing back against the rival claims about the Jesus we encounter in and through the Bible. He rightly draws on the way C.S. Lewis boiled down the issue (13,18). Jesus was either a liar, lunatic, or Lord. Jesus clearly and repeatedly told people he was the Son of God. If he was lying, then he should not be trusted or respected. If he was mentally ill, then he should be pitied but not followed. But if he was who he said he was, then he is Lord and we are all commanded to repent of our sins and trust in him alone for salvation.

Köstenberger writes that he intended this book to come to the Gospels as both a survey and a commentary. In the first chapter, the author lays out where he sees this book in the stream of so-called “Historical Jesus” studies. He provides critical interaction with the major players of German liberal scholarship, often using their own words against them. For example, you will learn that Albert Schweitzer himself admitted that many who pursued “historical Jesus” research ended up saying and revealing more about themselves than Christ (19-21). He was surprisingly critical of the scholars of his day, cautioning against “historical imagination” that seeks to fill in the gaps of Jesus’ life (20).

In the 1800s, Straus and Kahler helped popularize the idea that the “Jesus of history” and the “Christ of faith” could be separated (22). Less than 10 years ago this same condescending idea was being parroted by Reza Aslan while promoting his own “Historical Jesus” book Zealot, which was quickly debunked by both Christian and Jewish scholars. As Köstenberger puts it, liberal scholars end up recreating a false Jesus in their own image. His solution to minimizing, if not avoiding bias is simply to stay faithful to the canonized Gospels (19). We can and should trust that Matthew, Mark, Luke, and John are what God intended for us to have.

Köstenberger lays out the approach that he takes in this book with five theses. First, God has given us “four canonical, inspired Gospels, and the church recognized this by including these four Gospels in its canon.” Second, the canonical Gospels should be recognized as reliable, distinctive, and consistent accounts of the life of Jesus. Third, we should read all four Gospels, not favoring one over the others. (For example, some have affirmed the spiritual depth of John’s Gospel, while downplaying his historical reliability). Fourth, Köstenberger says we should recognize and trust the order of the Gospels as we have them. Even many conservative scholars believe that chronologically, Mark was written first. Is it possible that God intended Matthew’s account to be first? Fifth and finally, Köstenberger argues that we should see the four canonical Gospels as all one Gospel, or what has become known as “The Fourfold Gospel.”

So how should we read the Gospels? In his section on “Reading the Gospels as a Unified Witness”, Köstenberger expands on some of his earlier principles. He makes the fascinating point that the Bible does not give us “The Gospel of Matthew” or “Matthew’s Gospel”, but “The Gospel According to Matthew” (26). What we have are not four gospels from four witnesses. There is one gospel that each of the four witnesses attests to. We can trust that they are attesting to the same gospel in connection with recognizing them as we eyewitnesses to the life of Jesus (27).

At this point, let’s take a look at Köstenberger’s interaction with the gospels. First, I appreciated that the chapters are titled, “The Good News according to …” each gospel writer in keeping with the idea that they all affirm the one true gospel. Each chapter begins with a “Just the Facts” section which gives us three brief factoids to keep in mind. Specific themes are set out in gray text boxes such as when Köstenberger pauses his summary of Matthew to explain the significance of Moses, the Kingdom of Heaven, and the role of the Messiah (55-56, 87, 138-139). The chapters follow an outline format, which I found particularly helpful. The relevant section of the outline is provided every few pages, making it possible to quickly flip through the book to find material on certain passages and still know where you along the way.

The author does not shy away from difficulties like the so-called “longer ending of Mark” or the account of the woman caught in adultery (cf. Mark 16:9-20; John 7:53-8:11). He briefly explains why he believes neither of these passages was original to the text and provides references for readers to go for further study (245-246; 398). Even many conservative scholars have disagreed on this issue, but Köstenberger remains careful and respectful.

When examining Luke, Köstenberger makes a strong case that the major theme there is salvation (250). I have to confess that my own appreciation for the image of Luke as “investigator” has sometimes overshadowed Luke’s point in my reading — bringing salvation to the lost (cf. Luke 19:10). Luke’s thorough and orderly account is in service of providing his readers with certainty that the gospel of Jesus Christ is actually true (cf. Luke 1:1-4).

In his look at John’s gospel and its well known high view of Jesus, Köstenberger explains the ways that John is so unique. As Köstenberger puts it, John does not just repeat what the other gospel writers gave us. John “is going out of his way to present fresh information.” (363). Instead of playing fast and loose with history, John had to be selective because all the books in the world could not tell us everything there is to know about what Jesus did (cf. John 21:25). Köstenberger rightly concludes that as it stands, we have more than enough information about Jesus to make an informed decision about who he was and why he came to earth (434).

The Jesus of the Gospels is a reliable guide to the Gospels from one of the most reliable guides in biblical scholarship. The book strikes an effective balance for laypeople interested in a supplement to their reading of the Gospels. It is clear enough to serve as a valuable resource without being overly technical. Recommended.