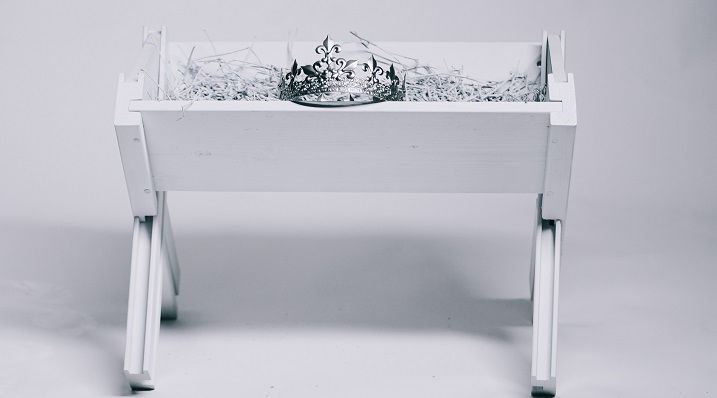 Are We Against Santa or For Truth?

“Do you know what your daughter did?” my in-laws asked me. They were clearly quite concerned and disappointed in her. Knowing my daughter’s behavioral issues, I readied myself for the worst. “She told her cousins Santa Claus isn’t real,” they said.

Phew! I breathed a sigh of relief. My daughter hadn’t done anything wrong. In fact, she had actually refused to lie. But did my daughter actually do what is right? Follow me as I recount this story and give you some food for thought regarding the “Santa Claus” issue. And be sure to read this post, too.

Christian families, particularly in the USA, are challenged every year by questions surrounding how to partake in Christmas celebrations, particularly Santa. Plenty of ink has been spilled about it already. The general consensus I agree with is that celebrating Christmas should never include lying to your children or encouraging them to lie. This is why I defended my daughter when her grandparents expressed their disappointment that she did not perpetuate the Santa story for her cousins. “Stolen innocence” is often the term thrown around for those children who are not told that Santa brings them gifts, along with all the magic. People fear that kids have somehow missed out on a vital part of life!

Hogwash! Some of the same people who will badger you for not pretending Santa is real are also those who will not bat an eye when a 10 year old listens to wicked lyrics on their favorite pop station. They’ll often send 13-15 year old kids into a PG-13 movie where they’ll see nudity, sexual perversion glorified, blasphemy, violence, and all sorts of profanity. Who is stealing whose innocence? The parents who refuse to lie to their children about Santa or those who would expose children to wickedness like what is seen in many video games, movies, tv, or heard on the radio?

Who is stealing a child’s innocence? The parent who says to their child, “No matter what, I do not want you to lie to someone,” or the person who says, “Go ahead and lie to someone (sin against God) so that you don’t ruin their fun in believing in Santa?” The answer is obvious.

So many Christian parents teach their children to say nothing at all about Santa. Others are content to say, “Go ahead and tell the truth, that Santa isn’t real,” and let the chips fall where they may. Some folks are ardently anti-Santa because they believe he is more like an idol than he is like a make-believe character. Because Christmas is inherently a reference to the birth of Jesus Christ, a figure who is: seems to be a bit of an antichrist (in the place of Christ), do you not see that? Although I sympathize with people who are ardently against any Santa Claus in a Christian home, I still have to agree that it’s an issue of conscience for each family how they want to deal with it. Santa (or even the real Saint Nicholas) can just as easily be portrayed as a type that points to Christ as he can be employed as an antichrist. Which of those roles he embodies depends upon how the Christian family portrays him and the Christ child throughout the season.

So when a parent tells their child, “When someone asks you about Santa I want you to tell the truth,” I cannot anymore judge that brother or sister for their stand on that issue than I ought to judge a brother or sister who, without lying, includes Santa Claus in their  Christmastime celebrations. Charity is required in each direction.

Now back to the story about my daughter and her cousins. After defending my daughter to her grandparents and praising her for her refusal to lie, I took her on a walk and talked to her about what happened.

“Why did you tell Peyton and Riley that Santa isn’t real?” I asked her.

“Because he’s not. And I thought you’d be mad at me if I didn’t tell the truth,” was her reply.

“Well, I am glad you didn’t lie,” I assured her. “But did you tell the Truth?” I implored.

“Yes, I did,” my daughter maintained.

“Did you tell Peyton and Riley about Jesus coming to save people from their sin?” I asked.

“Why didn’t you mention that?” I asked her. Eventually I explained to her that my concern was not that she was truthful about Santa, but rather, my concern was that her truthfulness stopped at “knowing something about Santa her cousins didn’t know.” I suspected that my daughter’s motivation for revealing that truth to her cousins was not a love for truth and hatred of falsehood, but more than likely a childish lust to be right and to know something someone else didn’t know.

She wasn’t concerned about capital “t” Truth, (John 14:6), as evidenced by her determination to NOT share the gospel with her cousins (which she definitely understood). So, although I was glad she did not lie, I am not sure she was doing what was truly good. She was in a sense “not being unrighteous,” rather than “acting righteously.”

I believe that we need to temper this tendency in our flesh to argue and feel righteous (because, after all, we aren’t the ones lying) with by a healthy Matthew 7:1-5 humility which acknowledges that being pure and truthful is the goal of the 9th commandment, rather than simply avoiding falsehood. We ought to examine our own motivations for arguing the truth of Santa rather than be so quick to judge others. Our own motives must be pure. And, if possible, you may try an approach that seeks to divert people’s attention toward Christ and His birth, his subsequent suffering and death, and glorious resurrection and ascension and away from any talk of Santa altogether.