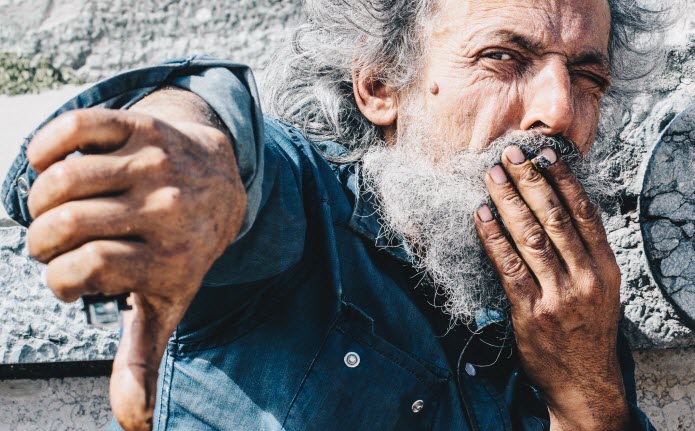 June 22, 2018: White House press secretary Sarah Huckabee Sanders was refused service at a restaurant called the Red Hen in Virginia. By all accounts, the exchange went as well as you’d hope an exchange like this to go: those with Sanders sticking by their friend after they were allowed to stay in the restaurant when she was asked to leave, but still offering to pay for what they consumed, with the restaurant giving them what they had already eaten ‘on the house,’ and individual employees choosing to serve her party against their desires, before the owner stepped in and made the decision.

We All Love a Good Analogy

My concern is the failed comparison that a number of people seem to be making out of this situation to a situation where a baker refused to make a wedding cake for a gay wedding 1. After hearing that Sarah Sanders was refused to be served dinner by the (liberal) owner of the Red Hen, the good people of the internet quickly compared this situation to conservatives refusing service to homosexuals.

One of the most powerful tools in logic is a good analogy. The ability to draw a picture of an abstract concept or a hard to understand idea in a way that people unfamiliar with that concept or idea can understand is a special skill. Using analogies to show logical inconsistency is a good use of logic and analogies.

In 2 Samuel 12:1-4, Nathan employs this technique marvelously by telling the King David a story which, rightly, engenders David’s anger toward a character in the story who had done wickedly. Then, after David expresses his outrage, Nathan explains the analogy by showing David that in his own circumstances, he is analogous to the man in the story who deserved harsh punishment. David understands the point of the comparison and quickly repents, becoming a model for Christians for all time.

As Christians, we all must show our love for the God of faithfulness and perfect logic by doing our best to always use logic in a godly way. This includes not carelessly tossing around accusations of logical fallacies while arguing with others. But it also includes cogent thinking when we make analogies and comparisons used to teach. Every analogy will ultimately fall short, like a last place throw in a shot put competition, but some analogies actually break down because they are not valid comparisons at all. When we employ the “here’s an analogous situation” logic in a discussion, we best be sure that the logical point of the comparison holds true.

Just Tell the Bigot to Bake the Cake

That is to say, there is no discrimination toward a person in the situation we are most familiar with concerning bakers and gay wedding cakes. The baker is simply not providing a service he or she does not, in fact, provide. It’d be like asking a plumber to fix your circuit breakers – it’s just not something he does.

But, in most of the cases I’ve seen, the baker would have still happily served a gay person a cake or any number of other services they do happen to provide. That is, these bakers in question do not refuse to serve homosexuals any service they actually provide. In the case of the Red Hen denying Sarah Sanders to be served, this restaurant is not refusing to perform a service which they do not regularly provide. In fact, as evidenced in this case, they were actually beginning to provide the service. In the case of the Red Hen denial of service, it was purely discrimination based on the fact that Sarah Sanders believes and acts differently from the values held by the employees.

She was not refused a Republican Party celebration or something where the intent of the product went against the convictions of the owner or employees, nor was it a service they don’t normally perform.

In each case, a form of discrimination is occurring, but the actual reasoning behind it is different. That is, the impetus, or driving force, behind the decision is not comparable between the two situations, at least not in the way that many are employing analogies. Ultimately, it is perfectly acceptable (that is, logically coherent) to be bothered by the Red Hen’s discrimination, while still supporting Christian cake bakers who do not perform the service of gay wedding cakes (as long as they’d sell other bakery items to homosexuals). What is not cogent is to tell someone that if they support Christian bakers in this way that they must also support the Red Hen. 2

God is Worth the Effort

Our Great God is the author of logic and we owe it to Him to put in the effort to properly represent him when making logical arguments. We also owe it to every man, woman, and child we hope to influence. He is worth the effort and His creation is, too!

2 Whether a business ought to be legally required to serve people without discrimination is not the question here. You may agree or disagree with whether there should be government regulation or oversight in these areas and the logic of person outrage doesn’t change. But that logic would apply if there are laws prohibiting discrimination. Because there IS a difference between discriminating against someone because of their sexual orientation or because you do not provide a particular service.