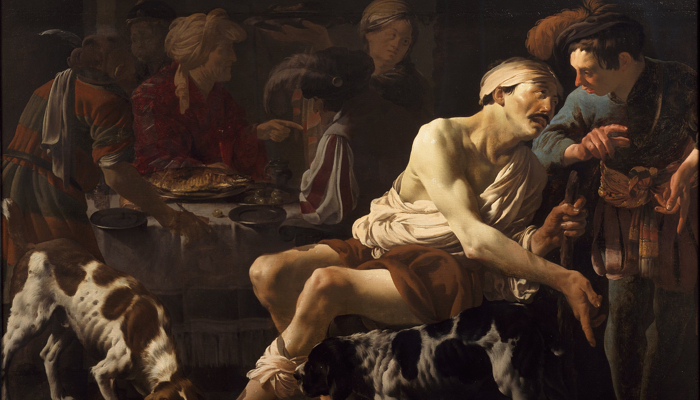 What is Your Life? I recall as a young man navigating my way through the subways of New York City. Under the streets of the city, thousands of people made their way home, to work, or just to go look at the city above them. I would find myself on the train daily as I made my way to school. There, sitting on the subway seat, I would watch many people enter or exit the train upon their stop. About 6 months after getting discharged from the military, I found a job on Lexington Avenue in the City. The area of Lexington Avenue in Manhattan is surrounded by many big bank buildings. Among them, the largest is the Citibank building. I actually got a job in the Starbucks that was located in the lobby of the building which also had a Barnes and Noble. Entering and exiting this building were men and women of banking power who were very well off financially. Walking up the block there was a small church, and, on the steps of the church, many homeless people would sleep on the steps and across from it on the subway grates. The heat from the subway would rise up through the grates and keep the homeless people warm during the winter months.

There on the sidewalk, I would see the high class and the poverty-stricken class. All right there before me. Each man and woman would go on about their day. Some would go off and look for food as others would go and move thousands of dollars. Though there were two classes of people, one thing was certain for both, death. All men are equal when they are placed into the grave as one theologian said. All men share two paths in this life. All men are as a vapor as James writes, they are here but for moment and then gone (James 4:14).

We see a clear example of this in the parable of Lazarus and the rich man in Luke 16:19-31. The Lord would use parables as a way to teach and was quite a common practice used by the rabbis. This parable is quite clear as one reads. There are two men. Two men who live two different lives. Lazarus is a poor man, with nothing. He lays at the gate of the rich man, hoping to get the table scraps. His company daily are a pack of dogs that came to lick the sores. Then, he would be looked down upon by all. The other man was a rich man who lived lavishly and feasted quite well from what the text says. There is no doubt that this man gave to the temple and had a good reputation with the priests and Pharisees. I can imagine that he would have them over his place and make them grand meals as they would promise the rich man that he would enter the Kingdom of Heaven and dine at the table with Abraham.

Yet, death came to both men. Lazarus died and his body perhaps would be brought out to the back gate and tossed into the garbage pile to rot as the rich man was given a beautiful funeral by his friends. The story does not end here after the last person has laid the flowers upon the grave of the rich man. The rich man opens his eyes to find himself in pain and anguish and not relaxing at the table of Abraham. Lazarus is carried to Abraham’s bosom, where he finds eternal rest. In the physical world, the rich man was adored and loved, promised perhaps that he will inherit the kingdom but upon death, he has inherited hopelessness and eternal torment.

Even still in torment, the rich man looks up and asks Abraham to send Lazarus with a drop of water on his finger to touch and cool his tongue. Under the harsh conditions, the rich man still saw Lazarus as a servant, a poor man. He even goes onto to plead with Abraham to send someone back to warn his brothers about this place. He even goes so far to suggest that if someone was sent back from the dead, they would certainly believe. Abraham responds that they have Moses and the prophets, and to let them hear them.

What can we learn from this parable?

There are two roads, a narrow one and a broad one (Matthew 7:13-14). The narrow road leads to life, just as the broad path leads to destruction. What path are you on? Are you depending on good deeds and works to save you? Oh dear friend, the rich man though the same would grant him a seat at the table of Abraham, but it did not. No my dear friends, our hope and our salvation lie solely in the imputed righteousness of Jesus Christ (2 Corinthians 5:21).

What is your life?