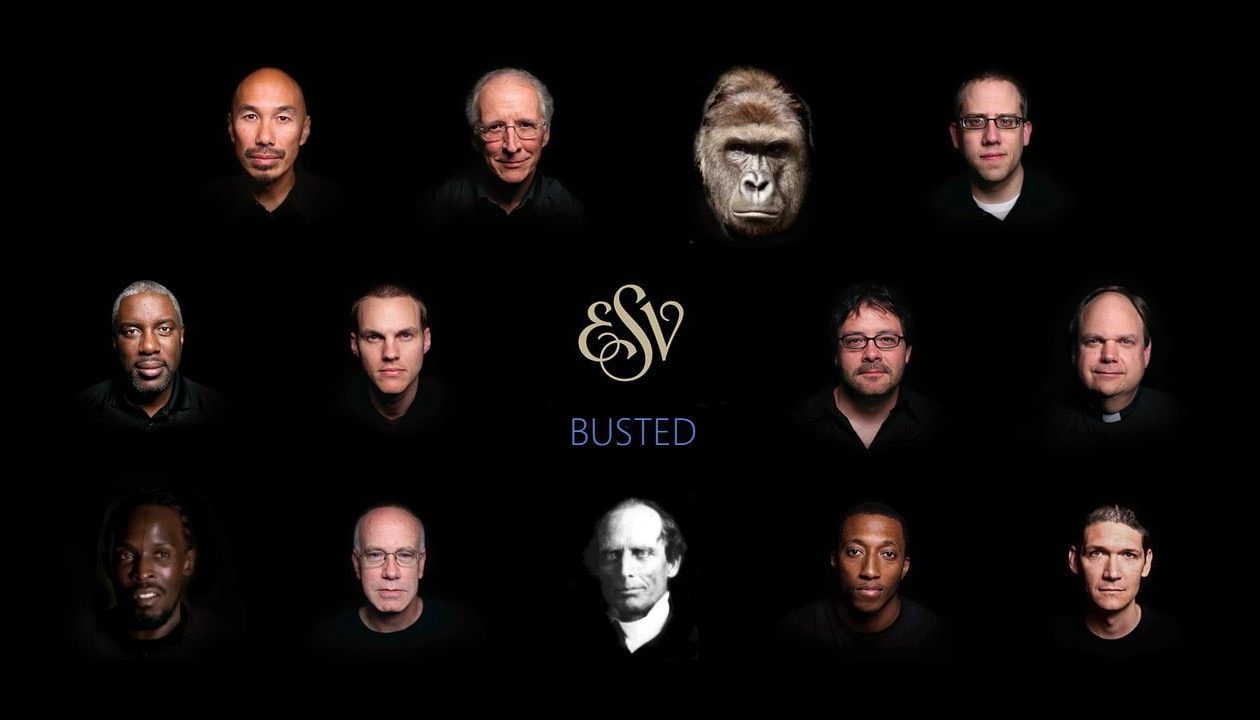 Some Thoughts on the Legacy Standard Bible

If you haven’t seen the news by means of a video update from John MacArthur for his church (skip to 7:20 in the video above), there’s a new translation in the works called the Legacy Standard Bible. It promises being based on the well-loved NASB 1995 translation, translating YHWH as Yahweh instead of LORD in all capitals, and translating doulos as ‘slave’ instead of ‘servant’ as it appears in other translations. It sounds good so far. And hopefully they have better business acumen than the Lockman Foundation, which once stated that this updated version would be ready in the spring of 2018 and is notorious for failing to produce nice paper Bibles, forcing other publishers to license the text and save NASB fans from going to church with mangled trade paperbacks.

Too many bytes have been spilled concerning how we have “too many English translations,” so I need not pile on top of that. I do, however, have some observations and questions. Death of a Version

Readers who became believers prior to 2011 will probably remember the NIV 1984 as the NIV with which they are most familiar, and it was indeed popular. Perhaps others may still be unaware in the first place that the NIV came out with a new edition in 2011. The NIV 1984 is out of print, and the NIV 2011 update is substantial. But it’s not like Zondervan sat on their laurels with the massive success of the 1984 and released nothing until 2011. Do you remember the TNIV—the Today’s New International Version?

For one, the TNIV was a terribly redundant illustration of why Bible publishers should stop putting time references like “today’s” and “new” in their translation names. Here’s looking at you, Modern English Version.

The TNIV was also a commercial flop. Both the SBC and PCA condemned it by resolution at their respective 1997 annual conferences. Together with over 100 stalwarts of Reformed evangelicalism like Paige Patterson, Ronnie Floyd, James MacDonald, Pat Robertson, and Joshua Harris, the CBMW published a Statement of Concern in protest of its many poor translation choices.

Okay, I was half-joking in the above paragraph, but those men did sign the statement alongside names whom you would have expected in 2002: R. C. Sproul, John MacArthur, D. James Kennedy, C. J. Mahaney, and Joshua Harris (welp). And rather than stuffing examples into this post, reading the Statement of Concern should suffice if you’re curious.

The scholars and publishers behind the world’s leading English language evangelical Bible announced Tuesday that they would publish a updated translation in 2011.

“And we’ll make sure we get it right this time,” says Keith Danby, president and chief executive officer of Biblica, once known as the International Bible Society.

Tuesday, Danby said they erred in presenting past updates, failed to convince people revisions were needed and “underestimated” readers’ loyalty to the 1984 NIV.

Maureen Girkins, president of Zondervan, says the “divisive” TNIV and “cherished” 1984 NIV will not be published after the newest NIV comes out. “We need to undo the damage,” she adds.

So Zondervan relented and published an update of the NIV 1984.

But hey, it’s the NIV, and most people walking into LifeWay…er…browsing Amazon for Bibles won’t know that. According to the ECPA, the NIV 2011 was the bestselling English Bible of 2019. Go figure. Despite that the Lockman Foundation has business acumen comparable to that of a food truck that sells ham sandwiches outside synagogues (too harsh?), they apparently are not calling the update “Today’s New American Standard Bible.” While the full text of the update is not yet public, if the translation even has a complete draft at this point, we do have various Facebook posts where Lockman features translation changes. One blogger has taken to documenting these updates, and the news may not be good.

We urge you, brethren, admonish the unruly, encourage the fainthearted, help the weak, be patient with everyone. NASB 1995

We urge you, brothers and sisters, admonish the unruly, encourage the fainthearted, help the weak, be patient with everyone. NASB 2020

This is just my opinion, but I think it’s too late and too difficult now for Lockman to pull off what Zondervan accomplished with the 2011 update. The readership who have stuck with the NASB 1995 seem to be a more discerning bunch. NASB 1995 will die a lonely death like the NIV 1984, but I just don’t think the NASB 2020 is going to have any success on its current course. Actual conversation with my 5-year-old daughter—
Aletheia: “Who is that?” (points)
Dad: “Francis Chan.”
Aletheia: “He looks like you but with no hair.”

One result of that marketing, intentional or not, is that the ESV is probably seen as a translation mostly popular in Reformed circles. At least that’s my personal perception, especially when jokes like “Elect Standard Version” come around. And for sure, it is a formal translation that retains the word “propitiation” as it should. Nowadays, the ESV is the fourth most popular English Bible, only behind the NIV, KJV, and NLT.

If my perception is right here, then we are presently seeing a trend where new translation names become popular in specific circles where they are marketed. Consider the NET Bible, which you might not have even heard of. Because it was largely done by Dallas Seminary professors, I find it’s only popular in non-Calvinist dispensational circles and among those with a strong interest in textual criticism due to its many notes. In fact, it seems to be most popular as a text-critical reference work rather than a Bible one actually sits down with for reading paragraphs, chapters, and books. Some of this is due to what I find to be an unbearable translation style. The NET is also a “fresh” translation with no previous English version on which it was based. It didn’t even make ECPA’s top-10 list in 2019.

But the New King James Version also had strong Dallas Seminary influence from Zane Hodges and Arthur Farstad, both Majority Text advocates. The NKJV enjoyed widespread popularity even among those who have no idea about text-critical issues such as longer ending of Mark, and even now it’s still in print. That “King James Version” part had to be the key, even though the NKJV is by no means “the King James with all the thees and thous taken out.” Even now, the NKJV ranks #5 in sales. Four hundred years of “King James Version” marketing will do that for you. And despite strong Dallas Seminary influence, the NKJV is hardly considered “that dispy translation.”

The Update We Want?

Most reaction on Twitter to the Legacy Standard Bible news is positive, but there are some negatives in terms of whether the translation will be successful commercially. First, John MacArthur and The Master’s Seminary have plenty of haters from different angles. No social media egalitarian is going to be caught dead with this thing. Some Reformed camps will struggle with whether this belongs on the same shelf as their Scofield Reference Bibles. The distinctives that MacArthur highlights in the video look good so far, but the danger of the LSB becoming “that Calvinist dispy translation” is very real.

But I have to ask: if Lockman is taking so long with this update, should the LSB just be named NASB 2020 or whichever year it’s published? The LSB translation group almost certainly is going to do a better job retaining the spirit of the NASB, and it might make more business sense for the Lockman Foundation as well. But of course, the Lockman Foundation doesn’t have any business sense, so don’t hold your breath. Hey, maybe it will be Today’s New American Standard Bible, and we’ll have a good, dark-humored chuckle.

This has been done already. Kind of.

In the some-200-year history of modern English Bibles, you would think someone would have come up with something like the LSB, right? I just have to wonder how close this is going to be to the English Bible I most often read for long-form study.

You might not have heard of this one. The translation style is beautifully formal. YHWH is Yahweh. Supplied words are in italics. Doulos is “slave,” not “servant.” Adelphos is “brother,” not “brothers and sisters.” Uniquely, idioms are marked with corner brackets, which is spectacular. What’s the problem?

For one, actually being printed on paper would be nice. This translation is the Lexham English Bible, and it’s published electronically by Faithlife, the company behind Logos Bible Software. This is a company that obviously does have business acumen, and I can only assume they have made a sound business decision not to have printed the LEB on paper for anyone to buy…yet. The license page on their website says there is a print edition in the works, and despite my Logos hate, it has become my primary translation for long-form reading.

I found another problem after having written the bulk of this post: the LEB translates the Hebrew adam with terms like “humankind,” “human,” and “human beings” when used in a generic sense, whereas others like the NASB and ESV stick with the more traditional “man.” I would imagine this has something to do with a difference of opinion between the Old Testament and New Testament translation committees, but I’ll have to get back to you on this one. Although MacArthur doesn’t mention adam in the above video, I think we already know his opinion on this.

It will be interesting to see how the LSB compares to the LEB and whether the former might have to undergo an early name change. In fact, there kind of already is an “LSB”: the Legacy Study Bible, and it’s the kind of study Bible you’ll judge by its cover when you see it. Prove me wrong. 🙂