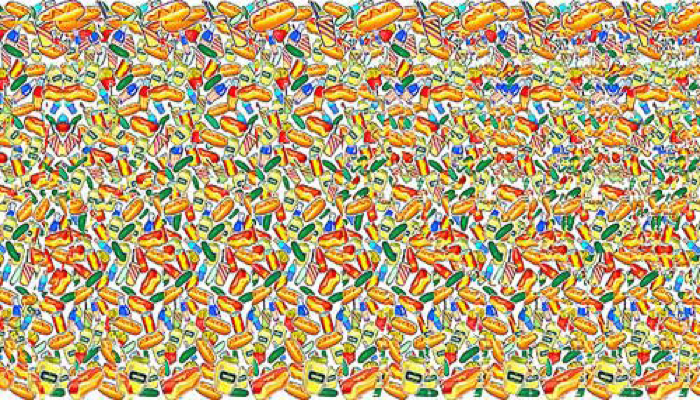 The Origins of the Calvinist Conversion Looks like a bunch of Mike and Ike candy

You know the feeling when something finally clicks? I know you know it. It’s the lightbulb that turns on. It’s the moment you scream, “Eureka!” It’s one of those images you hold close to your face, slowly draw it back to reveal an image, but the first ten times you try it doesn’t work. Then, on the eleventh try, you see that rhino, and it’s the most incredible rhino anyone has ever seen.

The origins of my conversion to Calvinism began roughly seven years ago. I was probably a two-pointer (TuliP) prior to that as I understood man cannot save himself, and that a genuine believer cannot become unsaved. I couldn’t tell you the time or date when I “converted,” I just remember thinking about the Sinner’s Prayer and asking a few questions:

Some of those questions are perhaps a little misguided — maybe I was a bit overzealous in my disdain for that infamously superstitious prayer — but the second question I asked myself was what led me to dig a little deeper. That question was heavy on my mind.

I once worked with an older saint who scoffed at the idea of someone losing their salvation. I recall us discussing the clarity of the John 6:39:

“This is the will of Him who sent Me, that of all that He has given Me I lose nothing, but raise it up on the last day.”

That’s a solid verse for Perseverance/Preservation of the Saints, but is it saying more than that? From that point, I began asking the right questions and studying things a bit more deeply. I was typically one to take the Bible at face value, so when I finally examined the verses on Election and contemplated their implications, it became settled in my mind that God acts and we respond.

Perseverance of the Saints means something different in New Orleans

I have some notes from years ago when I did a Bible study in Ephesians 1. Yikes! It was ugly, friends. 2018 Tim would be shaking his head at that Tim.

God swiftly humbled me and convicted me quite thoroughly soon after that. I really felt like I took the Bible literally and at face value, yet I looked like I just scored a touchdown the way I was dancing around the meaning of the word predestined.

It was not until a few years later that I became a bona fide Five-Point Calvinist. I, like many, was hung up on Limited Atonement. Why and how I became convinced on that point is a post unto itself, so I’ll save that for another time.

As it stands now, I believe with a high degree of certainty that every aspect of man is corrupted by sin and he’s unable to earn a right standing with God. I believe God must make the first move, and that He did, and He did so in eternity past.

I believe Jesus took a specific list of names to the cross, and everyone God intended to save will be saved. I believe grace is unmerited favor, it is placed upon us by God, and we have as much ability to say “no” as Lazarus did when he was raised from the dead. And I believe no one can snatch a believer out of God’s hand.

I have to believe them because I know who I am, and I know that I would never have chosen God had He not chosen me first.