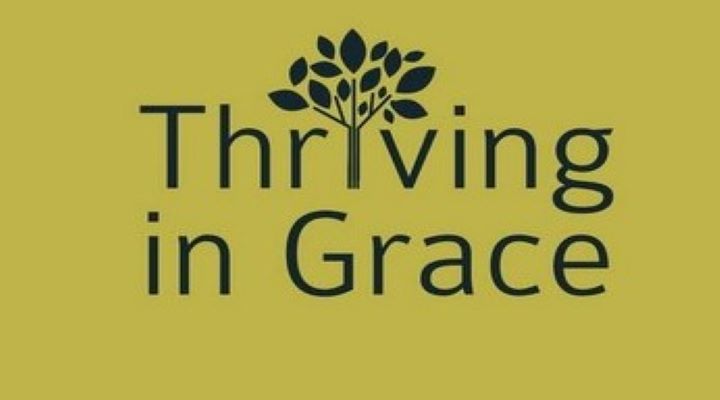 Joel R. Beeke is the president of Puritan Reformed Theological Seminary and pastor of Heritage Reformed Congregation in Grand Rapids, Michigan. His other books include Puritan Theology: Doctrine for Life, Heirs with Christ: The Puritans on Adoption, and Parenting by God’s Promises: How to Raise Children in the Covenant of Grace. I previously reviewed his Reformed Systematic Theology Vol 1 here and highly recommend it.

Brian G. Hedges is pastor of Redeemer Church in Niles, Michigan. He has written several helpful books on the Christian life including Active Spirituality: Grace and Effort in the Christian Life, Christ All Sufficient: An Exposition of Colossians, and Watchfulness: Recovering a Lost Spiritual Discipline. I recently had the opportunity to talk to Brian about this book on the Roundtable Podcast. In the interest of full disclosure, Brian is married to my cousin which makes him somewhat related to me, but please don’t hold that against him.

It is not uncommon to come across a certain image of “Puritans” or the claim that someone is being “Puritanical.” In some circles, the standard take on the Puritans has been that they were dour, legalistic, killjoys. H.L. Menken once claimed that “Puritanism is the haunting fear that someone, somewhere may be happy.” While it is possible Menken ran into some actual legalistic killjoys in his day, the Puritans themselves did not fit his description. Read the Puritans in their own words and on their own terms, and you will find joy and passion for holiness.

Thriving in Grace started as an idea by co-author Brian Hedges to lay out some of the ways that the Puritans can teach us to flourish spiritually. He pitched the idea to Joel Beeke, one of the foremost experts on the Puritans. Dr. Beeke loved the idea and agreed to co-write the book with him. Hedges wrote the Introduction and Chapters 2, 4-6, and 9-10. Beeke wrote Chapters 1, 3, 7-8, 11-12, and the Conclusion. I will mostly refer to “the authors” for the sake of simplicity. In this review, I hope to offer a sampling of what this book has to offer and explain why you should consider adding it to your library.

Puritans and the Bible

The first chapter appropriately starts the book with the Puritan view of the Bible, “the Authoritative Scriptures.” (1-16). The Puritans recognized the Bible as their ultimate authority, but they were not biblicists. They affirmed the right use of church history and the importance of proper teaching and preaching of the Bible. The authors describe the Puritan image of preaching as blowing air across hot coals, increasing the flames and heat that they produce (8-9). As they put it, “A high esteem for Scripture will lead to giving a high priority to the public proclamation of it.” The Puritans were motivated both to learn the Bible and live by it. This was not out of a legalistic spirit, but out of gratitude and obedience. They sought to live consistently with the “reasonable obedience” that the Apostle Paul described (cf. Romans 12:1).

One of the most encouraging chapters I found in this book was on how “The Puritans Liberate Our Hearts with the Freedom and Power of Grace.” The authors describe how God’s grace is free, sovereign, and glorious, and yet it has often been misunderstood, misapplied, or completely denied (64). They borrow C.S. Lewis’s imagery of the extremes of north and south when it comes to the Christian life. Going too far north leads to a cold legalism, while the extremes of the south hold antinomian carnal Christianity, or what Bonhoeffer called “cheap grace.” Puritans like Robert Traill rightly saw justification by faith alone, “sola fide,” as the place where “all the great fundamentals of Christian truth” are centered (67). Justification by faith alone inevitably leads to the question of what the Christian’s relationship to God’s law is. Bolton and other Puritans affirmed the threefold division of the law, leaving Christians only under the moral law, not the civil or ceremonial laws (69-72). The moral law remains, not as a covenant of works to be saved by, but as “a rule of obedience and Christian walking.” (72). The authors go on to employ John Owen’s writing on the law of God, stating that believers are freed from the curse of the law only through the work of Christ and by the power of the Holy Spirit and at the same time, they are obligated to obey and put indwelling sin to death (78).

Puritans and the Battle Against Sin

In Chapter 7 the authors show us how “The Puritans Equip the Saints in the Battle against the World, the Flesh, and the Devil.” As the authors put it, “Peace with God means war with His enemies.” (97). Believers are guaranteed ultimate victory in the war against sin, but not necessarily in every skirmish along the way (98).

When it comes to how we view the world, John 5:4 tells us that in a particular sense, believers in Christ have “overcome the world” and at the same time, Christians are called to persevere and endure (cf. Matthew 24:13). If you are like me, you may have wondered how the Bible can tell us to not love the world (cf. 1 John 2:15), yet the heart of the gospel is that God does love the world (cf. John 3:16). At this point, the authors employ the work of an obscure Puritan, William Greenhill, and his book Stop Loving the World. As they explain, we are called to not love the creatures, customs, and fashions of the world, or its “splendor, pomp, glory, and worship.” (99). Greenhill was not promoting a complete withdrawal from the world or a rejection of natural revelation. He was calling for a rejection of the ways and temptations of the world. He taught that we can appreciate and even study “the world and the works of God in the world.” (100).

When it comes to tactics for battling the flesh, the authors begin with Paul’s lament over his own indwelling sin (cf. Romans 7:14-23). Christians are going to experience conflict between the law of God and the law of sin. John Owen wrote extensively on the battle with sin and the authors make effective use of him. Owen recognized that the law of sin can remain an influence in the life of a believer, even a strong one, but it has been mortally wounded by God’s grace (104). Beeke explains “In equipping us in the battle against the flesh, the Puritans point us continually to the power of the Holy Spirit unleashed by the gospel.” (105). The Puritans preached and practiced what could be called “practical realism” combined with “helpful idealism.”

The final chapter I want to look at addresses zeal for God and His truth (181-196). Citing Fenner, the authors define zeal as “the fire of the soul”, either for heaven or hell (182). No one is neutral. Godly zeal is God-centered, biblical, self-reforming, active, and consistent (184-187). The Puritan Richard Baxter wrote, “To love God without zeal is not to love him, because it is not loving him as God.” (184). The authors go on to give us practical steps to cultivate zeal including prayer, scripture, corporate worship, and repentance (193-194). Beeke argues that these “seemingly insignificant means” are what God often uses to develop zeal, not our manmade ones (194). With his typical urgency, he says “If the world can be so zealous for causes that will lead sinners to hell, how much more ought Christians to be zealous for the gospel that can lead sinners to everlasting life.” (195).

One of the helpful features of this book is the inclusion of 3 sets of questions for reflection and discussion at the end of each chapter. This would be perfect for reading with a small group or family devotions. There are also plenty of footnotes to the Puritan books cited, more than enough titles to build a reading list from. A complete Bibliography at the end of the book would have been more helpful, but there are other places to go for that type of thing. Also, there are no Scripture or Subject indices. These are minor gripes and to be fair, this was intended to be an introductory level book. As it stands, the book is well worth the price just for the content itself.

Thriving in Grace is a worthy introduction to the riches that the Puritans have to offer. The authors have a contagious urgency to draw on the many practical helps from Puritan writings. If you want a place to begin with the Puritans, I highly recommend this book.