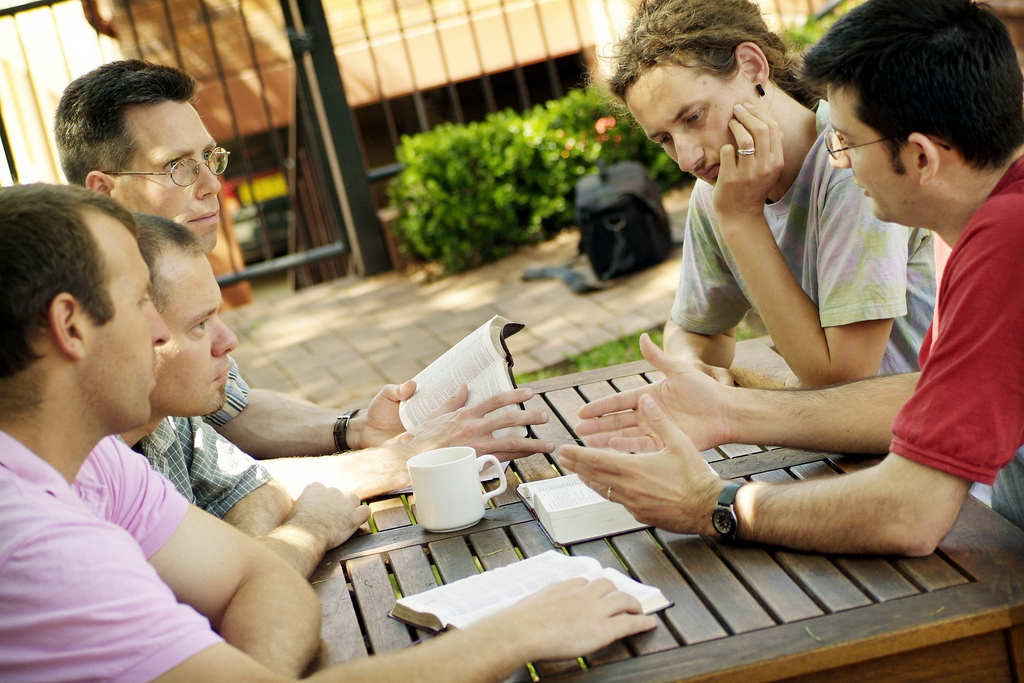 To My Younger Brothers and Sisters

As the American experiment in liberty slowly succumbs to the cancer of a society in love with sin, a new cultural reality has emerged.  Today’s world is one that features a rather bitter culture war.  Many conservatives feel their way of life is slipping away and being replaced by leftist ideals.  Many liberals feel as if the world has never been fair, and they must press the point to make this world a better place.  As a result, the American church is once again grappling with the balance between being in the world and of the world.

The young people of a society are always a front line in a culture war.  The youth of today’s America are not only a front line in the war but are also being recruited as soldiers within it.  The current climate is eerily similar to the 1960’s cultural revolution.  Then, the battle raged on college campuses against the Vietnam War and government corruption, and for (so-called) free love and radical political ideas.  It was a revolution that took its conservative opponents by complete surprise and fundamentally changed the American Cultural landscape.  From this revolution sprang modern feminism, the popularity of drug use, the rise of divorce and fornication, and a host of other troubling cultural trends.

The insurgency of the past has become the establishment of the present.  Today’s college campuses find leftists in charge as groups like Antifa and Black Lives Matter are welcome, while the counter-culture is young conservatives “tabling” (see section 6) and trolling “snowflakes“.  In the past, the counter-culture had invited communist and leftist thinkers. Today, those thinkers rule the campuses, and the conservative counter-culture invites YouTube celebrities like Jordan Peterson and intellectuals like Ben Shapiro with the message that “the battle must be fought,” and “the time is now.”  The 60’s saw the influx of radical groups like the Black Panthers and The Weather Underground.  Today’s radicals are the alt-right, featuring groups such as white nationalists and the Proud Boys.  The battle rages on in an effort to win back the culture for conservatives.  Therein lies the clear message to conservative youth: this is your chance at the glory days, your moment to be heroes for the cause, your turn to be the counter-culture history will remember.

American Evangelicals align themselves with political conservatives.  It was evangelicals that helped fuel Barry Goldwater to prominence in the 1960s.  Later, a more organized and solidified band of believers would become the “Moral Majority” and propel Ronald Reagan to sweeping victories.  The 21st century brought 9/11 and the idea that George W. Bush was God’s anointed man to be President, and we only saw such fervor for conservative causes grow with Christians voting for Donald Trump in unprecedented numbers.  So then, it should not surprise us to realize that many of our young believers are presently caught up in the culture war being waged on college campuses by groups like Turning Point USA, Young Americans for Freedom, and Young Americans for Liberty. I believe my brothers and sisters in the Lord, of all ages, are in error to involve themselves in such organizations and allow their energy, resources, and money to be spent on a culture war fought at the behest of a political movement.  I believe this applies in a much more urgent sense to younger brothers and sisters, particularly those of college age.  I believe this not because I have opposing political beliefs and not because I don’t want to see our culture transformed; but because, despite whatever else, the average American evangelical college student is unalterably two things:  young and Christian.

Our younger brothers and sisters will not like this paragraph.  I would not have liked this paragraph when I was 19.  And yet, it is a paragraph that must be written because it is true.  The fact is that a modern American 19 year old largely has no clue about the world and even less of an idea about what they believe or what ought to be done about it.  While there are certainly exceptions, the fact remains that most people are actually average people and when it comes to youth, average means largely ignorant.  It may not seem that way, and in our affirming self-esteem society it may never be mentioned, but my younger brothers and sisters would do well to realize they don’t know as much as they think and aren’t as right as they believe.

Largely unencumbered by serious life responsibilities like a spouse, children, or a full time job, full of energy and ideals, not jaded by disappointment and disillusionment (yet), young people bring a lot to the table.  But those things don’t make someone less ignorant, and such ignorance is an asset to those in power.  My younger brothers and sisters, please understand: they tell you whatever it is they want you to believe, and you haven’t lived long enough yet to put those assertions into context.  You’ve been told you’re going to change the world.  Instead, you’re being co-opted by a political power structure to achieve the goals of those in power.  You’re being told you’re fighting for your future, and fighting for the American way.  You’re really just fighting for the Republican Party.  The movement doesn’t belong to you; you belong to the movement.  Perhaps in some cases, fighting for your chosen political party in a cultural movement be a worthwhile cause, and it is always worthwhile to develop our beliefs, including political beliefs.  However, you must understand the difference between “developed” and “developing”.  Young brothers and sisters, by definition – you are developing.  My encouragement to you is to lean into the means that God has provided for all Christians, and to be especially mindful of the Bible’s warnings to foolish youthfulness (See Psalm 119:9; 1 Peter 5:5; 2 Timothy 2:22; Proverbs 20:29)

More importantly, we must remember who we are in Christ.  Younger brothers and sisters, your are the servant of God before you are a Republican.  The best place for a servant of God, and especially for you right now, is and always will be in the church among fellow believers. The movement you should join is the movement that spreads the gospel and sees people saved from their sins as they trust in Christ for salvation.  It ought to be the goal of every Christian to submit themselves to the discipline and instruction necessary to be a sharper tool in God’s hand.  These things don’t happen when you’re uploading some snowflake’s latest meltdown on twitter.  You don’t grow in Christ as you get your Proud Boy tattoo.  You aren’t going to be more wise by memorizing the Bill of Rights instead of Scripture.  Is it more important to Christ and His cause that you sit at a table in a free speech zone, or that you sat under the pulpit of a godly teacher?  Is Christ honored by handing out brochures to the latest conservative conference, or by handing out tracts that tell others how to know their Savior?

We Christians are slaves to Christ and therefore it is our duty to be about the Father’s business.  The Father’s business is: visiting widows and orphans in their distress, missions to people who need the gospel, open air preaching, prison ministries, earnestly contending for the faith once for all delivered to the saints, and a host of other things defined in Scripture.  The Father’s business is most certainly being among His people on Sunday and throughout the week worshiping Him together, hearing His word preached, using the spiritual gifts He’s given you, being ministered to by the spiritual gifts He’s given others, and having fellowship with others of like mind.  It is this business that is legacy of our Lord, and of the apostles, of Polycarp, Athanasius, Augustine, Luther, Calvin, Spurgeon, and MacArthur.  It was not the business of Goldwater, Reagan, Bush, Romney, and Trump.  The Father’s business is setting our minds on Heaven, not on the nations that will rage against Him on an Earth that will one day burn in His wrath.