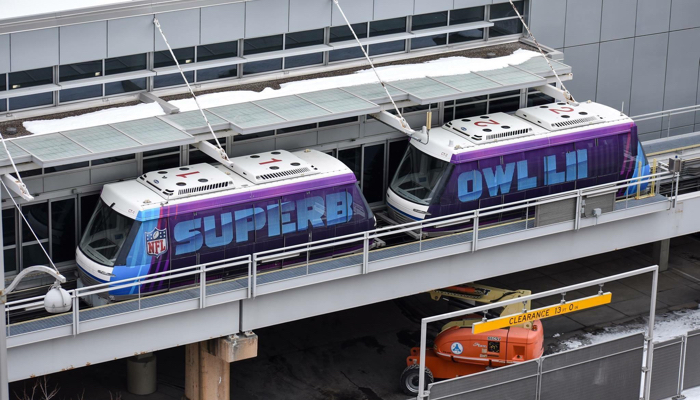 The Staff Predicts the Superb Owl, & the Next NFL Season Post-millennialism took another hit this year as the NFL playoffs produced the Eagles and the Patriots in the Super Bowl.  At this point, why do we even watch?  We all know the Eagles will give them a good game for a few quarters, then the Patriots will slowly coil around them; and just as the Eagles manage to get a glimpse of the sweet sunlight of hope, the referees will reach over and hold their heads under the bathwater while Belichick shoots lightning out of his fingers and whispers “Good, good! Let the hate FLOW through you,” as Tom Brady struggles with the horror and satisfaction he feels inside (yes, Brady is the Sith apprentice in this story… just go with it, ok?).

Did I mix enough metaphors there? Good, I’ve been hoping NFL Films calls me back about the job.

Dilly dilly to America’s great sporting spectacle, The Superb Owl!! We here at Things Above Us are A) Sports Fans, B) Red Blooded Americans, and C) Men, so of course we are not only planning on watching the game, but have deeply rooted opinions about the game and the sport it represents.  All of their opinions are wrong and mine is right, but I’m the only Steelers fan so that’s to be expected.
I took a survey of my friends (yes, even the Browns’ fans) and the results are amusing. Be sure to make fun of us on Twitter as our finely crafted prognostications will likely only serve the purpose of reminding us how truly ridiculous, human, and fallible we all are.
But hey, with qualities like that…we could coach the Chiefs someday!
Predicting the Score
Everyone except Tim and Justin see a tight game.  None of us have particularly high scores, but those guys don’t think it’ll be much of a game. Allen sees a nail-biter, while Mike and I have it decided by a field goal.  Historically, with the Patriots, Mike and I are most likely to be correct. Other than the loss to the ’85 Bears (Justin just smiled), the Pats tend to have close Super Bowls. Overall, however, Tim and Justin have a better chance of success, because there have been more blowouts in the Super Bowl than you’d think.
Predicting the Winner
We all have the Pats.
Wait… let me run the numbers again, because I know this guy and he can’t be that crazy… yep, he is.  Allen has the Eagles.  We’re all pulling for you, Allen. Predicting the MVP
Apparently Tom Brady is playing this game and I guess he’s good or something. He’s the odds-on favorite to win MVP, and evidently Mike and Tim like to play it safe. Mike actually wrote “G.O.A.T.”, which raised my blood pressure to dangerous levels (he’s right, though). Justin has University of Pittsburgh Alum Dion Lewis. I think it comes down to a game winning field goal and picked Gostkowski. Allen again lives dangerously by choosing a guy who most NFL teams didn’t want last year, Nick Foles.

How much longer will we be subjected to Jim Nantz’s love affair with Tom Brady?We were kind of all over the board on this one. Allen and I said two seasons, Mike & Tim predict three (don’t hate them), Justin thinks one (bless him).

What will the Patriots’ offseason look like?
Some interesting answers here. I think they cut James Harrison and then do some juju dark magic in the draft like they always do to find some under-the-radar QB that none of us think will be good, but will end up being better than half the famous QB draft class coming out this year. They’ll probably also move on from Amendola.
Mike isn’t as certain about player moves and the draft, but he’s pretty sure McDaniel and Patricia are gone as coordinators. No more hugs for Bellechick, I guess. Justin sees them targeting a QB in round 1, which is very un-Patriots like, but who knows. He also sees multiple upgrades in their secondary which has Justin and I on standby… just in case. Justin’s big prediction is the dynasty is over. Allen has been conditioned to see history repeat itself with this team and predicts a surprise cut saying “Belicheck does this better than anyone at just the right time.” Tim doesn’t think the coaches who leave will do very well apart from Papa Bill, but he does believe they’ll find some under-appreciated player with someone else and will turn him into a “huge asset”. Just as long as his name isn’t Mike Gillislee, right Tim?
What will the Eagles’ offseason look like?
Most of guys think something happens to Foles. Justin has him on the Jags next year, Tim thinks he’ll get a huge payday, and Allen thinks they’ll sell him to the highest bidder. Personally, I think he stays the backup and they trade Ajayi, having finally come to see what the Dolphins knew all those years. I also think they’ll go after a linebacker in the draft. Mike is the only guy with any sense among us predicting “Lots of drunk Eagles fans do dumb stuff.”  I mean, I don’t know how I didn’t see that to begin with. They are all Flyers fans after all. General Predictions about the NFL… apart from the usual virtue signaling and attempted emasculation of Dan Snyder
We’re all over the map on this one, except we all see adjustments to the catch rule. I’m now obligated by Steeler blood oath to assert that Jesse James caught that ball.
Justin sees them getting past the National Anthem thing, people finally returning to the sport they forgot they loved so much. He also thinks RB’s are cool again (good one, Justin, I agree), and the NFL plays around with electronic spotting of the ball.
Mike thinks people will complain about everything (spoiler: they will), and will continue to buy tickets (spoiler: they will). I happen to believe they’re a little spooked by a culture that seems to be turning against them and will overreact to the XFL announcement by implementing new conduct policies. I do believe the NFL will embrace cord cutters and stop relying so heavily on the networks; although I must say that I’ve found the NFL to be the most friendly league to cord cutters like me.
The Browns will win 5 games, the Rams will emerge as a real threat, the Steelers will regress, and Jimmy Garoppolo is for real. Tim sees a number of rule changes including pass interference penalty yards, catch rule, icing the kicker, as well as enshrining for good their Patriot bias. Also: MOAR REVIEWS!!!!!11 Allen predicts a downward slide, lower Super Bowl ratings, and troubles in Dallas and their beleaguered coach.
Our early, crazy, can’t hold us to them Super Bowl 53 predictions
Tim:  Rams 28, Chiefs 24
Allen:  Rams 34, Broncos 27
Justin: Steelers 35, Eagles 30 in Big Ben’s last game (BLESS YOU JUSTIN BLESS YOU)
Mike:  Rams 24, Browns 10 (just let Mike and Tim have this one, folks)
Jason:  Patriots 35, Saints 20  (don’t blame me… they’re the best franchise the NFL has ever seen)
Whatever happens, the Super Bowl is a national treasure. Dilly Dilly!