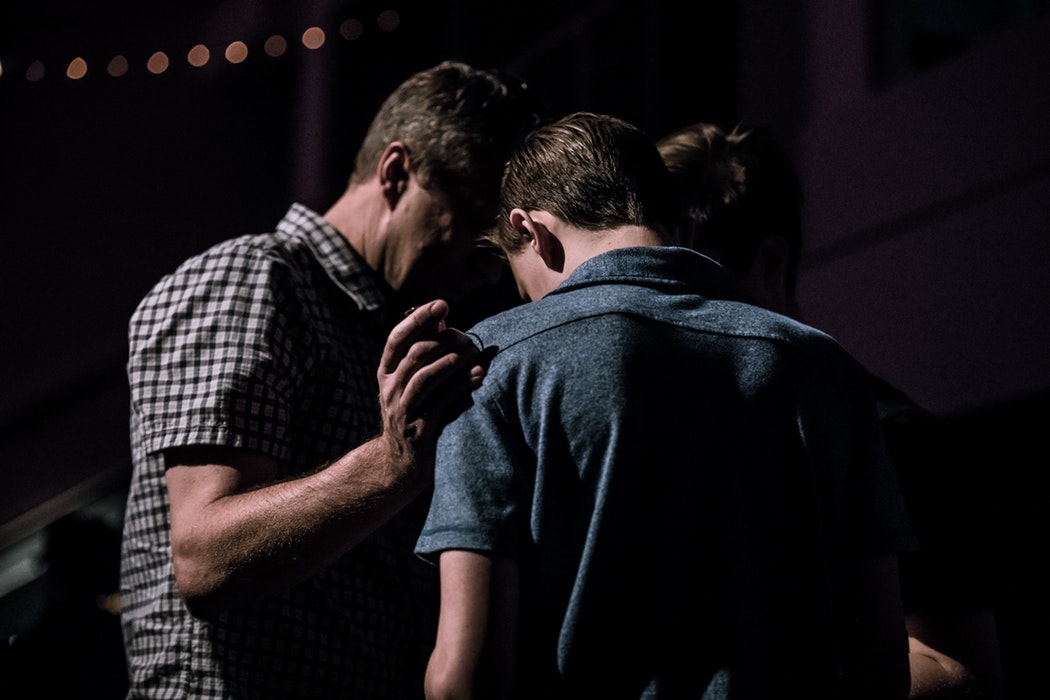 *This post is adapted from Appendix 1 in the book From Death to Life: How Salvation Works.

Here are some important truths about the Sinner’s Prayer we must consider:

It Is Not in the Bible

No version of the so-called “Sinner’s Prayer” is found in Scripture. In the Bible, those who come to Christ are never asked to pray a formulaic prayer. This should be quite a convincing case against it. Oh, but the Bible doesn’t say we can’t use a formulaic prayer, does it? No it doesn’t, but that’s not really a good argument for it. First of all, that’s an argument from silence. Secondly, if the Sinner’s Prayer was so vital to someone being saved, why is it not found any place in Scripture? Finally, can we not at least agree that we can come into serious error when we begin to want to add things to Scripture that aren’t there?

It Is an Evangelical Hoop

We rightly reject Roman Catholicism’s system of justification by faith and works. And yet, some Christian pastors use the Sinner’s Prayer as a means of obligating God to save us. It’s the hoop we require sinners to jump through in order to get to Christ. We might not articulate it that way, but when we present the gospel and then tell people to pray after us and mean it, that’s exactly what we are communicating. “Go through this prayer to get to Christ.” And that’s wrong.

It Comes from a Desire to “Close the Deal”

We all want to see results. I get that. There is no greater joy besides our own salvation than seeing someone else come to Christ. What a blessing! But it’s not up to us to close the deal. We cannot play the role of the Holy Spirit. Instead, we must trust Him to work in the heart of sinners and to open their eyes to the truth. Salvation is not some kind of deal we can close if we’re sharp enough to bring it off. That mentality often leads to complicating matters even worse and, many times, producing counterfeit Christians.

It Comes from a Misunderstanding of Conversion

Sinners are saved by grace through faith. No one is saved without repentance from sin and faith in Christ. A Sinner’s Prayer may be a kind of expression of that faith in Christ, but the prayer itself does not equal saving faith and repentance. In other words, you don’t conjure up faith via prayer. Instead, sinners calling on God for salvation should express what is in their hearts.

But what if they can’t express it? Remember, they’re new at this. They may not put it as eloquently as we could, but they should be encouraged to pray in their own words.

Yeah, but what if they don’t understand it? That’s a vital clue that something is amiss. What about the ones who thank God for their parents, and ask for Grandma Pearl to get better, and to help them in school? What if there’s absolutely no mention of repentance and profession of faith?

What they pray is a clue as to their understanding and devotion to Christ. If there’s no mention of these things, it should tell us more teaching is needed. I would not assume these folks have found God. I’d tell them I was encouraged by their prayer, and that we would continue to talk together about Christ. That’s all.

Don’t Have Others Repeat a Prayer

If I lead people in a prayer to repeat verbatim after me, what good would that do if they don’t truly understand the gospel? So should I send them out as though they were saved when, in reality, they have no clue what that means? I confess that in my desire to see people saved, I’ve been guilty of having them repeat a prayer only to later see that they were never truly converted. I am trying to help you avoid that. Let us focus on being biblical.

Must sinners call on Christ to be saved? Absolutely. But that cry must extend from a penitent heart, not force-fed by an evangelist.

One of the most atrocious pieces I’ve ever read about this comes from C.S. Lovett’s, How to Be a Successful Soul Winner. In this book, Lovett tells his readers how to “press for a decision.” Read Lovett’s own words about how he says you can move a person from death to life:

You have just said to your prospect…‘Jesus is waiting to come into your heart. Will you open the door? Will you let Him come in?’ He makes no reply. Great forces are at work inside him. His soul is a battlefield. The Holy Spirit and Satan want his decision. You wish you could jump into his heart and help him, but you can’t. So you do the one thing you can do…press him to make a decision…Lay your hand on his shoulder (or arm if a man is dealing with a woman) and with a semi-commanding voice say ‘Bow your head with me.’ Do not look at him when you say this. He won’t act if you do. Instead, bow your head first. The sight of your bowed head, the authority in your voice, the touch of your hand on his shoulder and the witness of the Spirit combine to exert terrific pressure…‘Follow me, if you will, and we’ll pray together.’ ‘Dear Lord Jesus – I confess that I am a sinner – and I here and now open the door of my heart – I invite you to come in – I now put my trust in you as my personal Savior. Amen.’[1]

Is that really it? I mean, if we could just lay our hands on a person’s shoulder and have a little more commanding voice, I mean not too commanding but at least semi-commanding, we would see more people brought from death to life?

You would almost think such a description was a sick parody, appalling to any person who truly followed Christ our King. But sadly, it is a real book written to try to explain how to win more souls for Jesus.

Even more depressing is that many churches over the last several decades have employed tactics like this, either maliciously or unknowingly, in order to see more people “saved.” Instead, they’ve only increased the zombie horde currently plaguing the modern church. Words are just words if they don’t flow from a changed heart. It’s about crying out to God from a heart that truly understands our condition before Him. It’s about acknowledging that Christ alone is our only hope of salvation.

Consider this example: A husband cheats on his wife. He doesn’t know what to do so he goes to his pastor. The pastor says, “Do you know what you did is wrong?” “Yes.” “Ok, come with me.” So the pastor and the husband drive over to the husband’s home. The pastor goes to the door and tells the husband, “When your wife opens the door, you just repeat after me, and really mean it.” The wife opens the door and finds the two men standing there. She doesn’t know what to expect, but she is hopeful. Then the pastor begins:

“I admit that I am an adulterer.”

“I admit that I am adulterer.”

“I believe that you are my true wife.”

“I believe that you are my true wife.”

“Please forgive me and accept me back into the house.”

“Please forgive me and accept me back into the house.”

The problem with this scenario is not merely that it wouldn’t work—not in a million years. The problem is the husband might really mean every single word he said and still not be repentant. This sort of rhetoric has been employed by pastors, evangelists, VBS workers, Sunday School teachers, church camp preachers, and denominational workers for decades.

I confess to you that I’ve been guilty of this, too. About a year ago I shared the gospel with a man who had once been in my youth group during my youth ministry days. His response to me was, “I’m already a Christian because you already saved me.” I was broken. Today, we are reaping what we’ve sown. Our own faulty methodology has led us to where we are now.

My plea for us is that we would stop leading people to come to Christ through a “repeat after me” prayer. Instead, let’s share the gospel and call them to repentance and faith. If we believe they understand the message then it’s perfectly fine to suggest some things they might pray, but don’t have them repeat after you.

I will also say this: It can sometimes be best to clearly explain the gospel, call a person to repentance and faith, and then leave him alone with God. Don’t convince them that because they prayed that prayer they are now a Christian—no matter what. No. If they never exhibit the fruit of faith, they were never a believer. What needs to take place for a person to be a Christian is to be born again. Sadly, many have said the Sinner’s Prayer but have never been regenerated by the Holy Spirit.

What if you’ve said that prayer? I’ve probably said the prayer about 1,000 times growing up! But what we need to understand is that it’s not the prayer that saves, but faith alone in Christ alone. If you are holding on to a prayer for your assurance in Christ, even though your life has been an abomination to Him, you need to repent and believe the gospel.[2] It’s not whether or not you said the prayer sincerely but whether or not you trusted Christ as your only suitable and all-sufficient Savior.

[2] See Psalm 9:10 for example. The Lord does not forsake those who seek Him, as in a continual seeking.