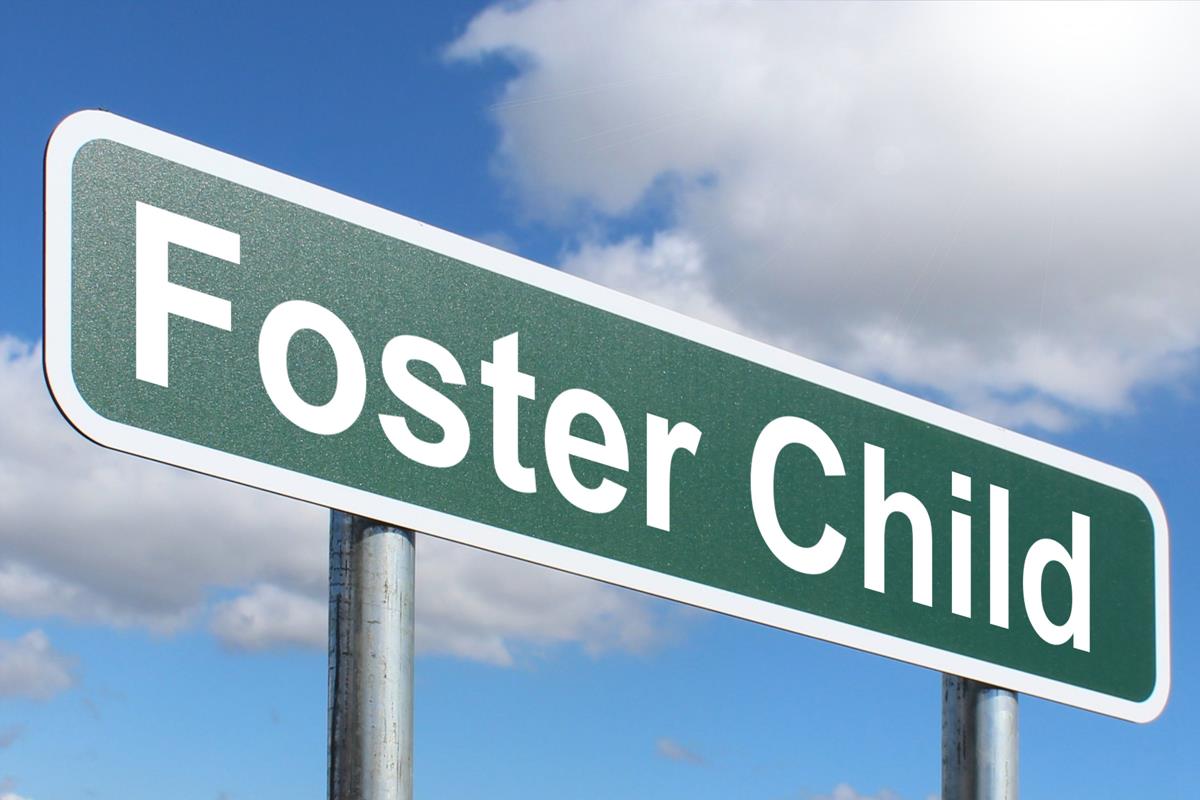 The Saddest Day in Church History NO ONE Talks About

Christ’s bride has had many dark days throughout its history.  We’ve survived persecution in every century.  We overcame theological falsehoods asserted as facts.  We’ve been downgraded, liberalized, made mystical, and became seeker sensitive.  Charlatans, popes, and heretics have brought their chaos; and tyrants, skeptics, and atheists have done their level best to defeat us.  Yet, we’ve survived.  2000 years later and the Gospel is still the Gospel.  The Holy Spirit is still at work among His church and the gates of Hell have not yet prevailed.  They never will. This article is not a sensationalized alarm bell about the imminent defeat of the church.  I won’t fill your head with ideas about existential threats at our door or slippery slopes beneath our feet.  Largely, that kind of sensationalism is overblown.  Although we ought to be serious and engaged with those things that oppose us, the church is a robust institution.  It has no need to fear its history or its future.  Throughout our history, we’ve kept careful records of every step, defeat, triumph, and era.  You don’t have to go searching for the “real story”, just ask us:  we’ll tell you all about textual variants, witch trials, antisemitic reformers, and yes, even Servetus.  I’m glad for this tendency within the church.

We’ll need it as we take a long and hard look at ourselves, not only in our past but here and now.  As I said, we have no need to fear our history.  It would, however, do us well to examine it from time to time.  It would also be a positive leap in the right direction to commit to vigorous honesty about the state of our affairs and to have nothing to do with sacred cows or status quos.  Because the truth is, while we’ve never been knocked down we have been staggered; and while we’ve never been fundamentally corrupted at our core (The Gospel marches on!) the fruit that surrounds that core has a myriad of bruises and occasionally rot.  Today, I want to tell you about just one of those bruises; an ugly, distasteful blemish.  It did not happen suddenly – it took decades – but one day… there it was.  Plain as day.  Ugly as ever.  And no one seemed to notice!  There have been sad days in our history, but we’ve always seemed to notice them and eventually deal with them.  That day, though?  It may not have been the saddest day, but it sure is the saddest day no one noticed.

It was the day we entirely gave up the care of orphans to the state.

The truth is, our failure to live up to our duty to care for orphans began a few centuries ago.  We used to handle orphans locally.  Usually, they would go to live with a family member and sometimes a member of the local church would take them in.  No system this side of glory is perfect, but that system largely worked.  At the very least, the level of selflessness and a sense of responsibility seems to be closely aligned with the Bible’s instructions in this area.  The western culture, overwhelmingly influenced by the Christian worldview, generally accepted this was a responsibility individuals, families, and churches had.  The slow movement away from those moorings increased in intensity at a pace closely correlated with the rise of American influence.

Undoubtedly America was founded on Judaeo-Christian values.  Yet, as the 19th and 20th centuries dragged on, so did the movement toward bigger and more involved government all across the political spectrum.  Christians in America, largely given over to the soaring idea that “to be American was to be Christian was to be American” (for example), became nationalistic, patriotic, and proud – a far cry from biblical, holy, and humble.  It wasn’t a hard gulf for them to cross that the government could be used as a means to assert Christian virtues, and it became easy to conflate the difference between the interests of America and the principles of Scripture.

It was during this time that Charles Loring Brace and the ill-conceived Orphan Train movement rose to prominence.  Often bereft of accurate theology, Brace caused more problems than he solved as he scooped up orphans, typically from immigrant families, from the streets of New York and placed them on trains to the Midwest to be raised by farming families.  The thought was that getting the children away from the brutal streets of the city and into the “more wholesome” rural areas would benefit the children while assuming that families without children in those areas would welcome the extra pair of hands and the extra mouths to feed.  While many orphans did find loving homes at the end of it all, Brace and his Children’s Aid Society made two fundamental mistakes. Brace embraced the social gospel; which at that time meant that he embraced Darwinism, prioritizing physical needs over spiritual needs, and “doing good”.  It also meant then, and means now, that doctrine and theology are held in a lesser light.  To the volunteer cook in the soup kitchen, saving the hungry man means filling his belly, not preaching the gospel.  The reality, of course, is a failure to deal with the spiritual problems of the orphans, birth families, and foster families created a mess.  All the while the social gospel patted itself on the back for the number of people they “helped”.  If it’s numbers that get the applause then it’s number you’ll get!  There were a lot of good intentions that helped to pave this road, and while it would be unfair to not mention again that many orphans ended up in good homes, the lack of thoughtfulness and lack of wisdom eventually became its undoing.  Soon the streets of Chicago, Kansas City, St. Louis, and other mid-western cities were littered with vagrant children without homes; and New York’s streets were no cleaner.  A failure to deal with the real issues, a failure to think first about how to properly care for children, a blindness in the trust of “real America” and its “exceptionalism” did not serve the church well.  It certainly did not serve orphans at all.

Soon enough, the state governments got involved.  They wanted to solve problems such as proper vetting of adoptive homes and to regulate the movement of children from place to place.  Not a peep was heard from the church.  They were seemingly happy to hand over the task and be regulated instead of regulating themselves and calling their own people to repentance, wisdom, and thoughtfulness in implementing what is rightly the Church’s purview.  The social justice Christians of those days saw it as the government’s job anyway.  If there was a conservative/reformed/biblical outcry against it, I have yet to find it.  The silence speaks volumes.

Government is never satisfied, of course, and soon mere regulation turned into control.  It was no longer even the social justice Christians running the system; now it was merely public employees.  It was on this beachhead that a new correlation emerged.  As postmodern ideas such as psychology, communism, and feminism (and their hatred of the traditional family) rose, so did those ideas gain influence in the new adoption and foster care system.  This trend continues to this very day.  The history is easy to follow.  The secularists filled an area that used to be an expression of Christian charity.  They filled it with humanists and atheists who, of course, bring humanistic and atheistic ideas.  Slowly and steadily orphans turned from people to be cared for to situations to be managed.  Abusive adults were no longer sinners who lacked righteousness, they were victims who lacked birth control, education, or a job.  As soon as they got one (or all) of those things, surely they’re reformed and ready to be good parents to their kids, right?

The abused and neglected child no longer needed healing for a broken heart, but psycho-therapy.  The untrained, undisciplined, and neglected child no longer needed care, discipline, and training.  A group home, positive reinforcement, and an avenue to express himself is sufficient, right?  Who needs a family anyway?!  After all, it was men who screwed up this world through their patriarchy and single women roar these days, doing everything a man can do… but better!  For that matter, who really needs traditional marriage?  I mean it’s not like God designed children to need both a Mom and a Dad; certainly two men whose entire life together is predicated on having perverted sex with one another can be all the Mom and Dad anyone would ever need.

Sickening, isn’t it?  That sick feeling is only made worse with the knowledge that it wasn’t always this way.  It shouldn’t have ended this way and, by God’s grace, doesn’t have to be this way forever.  Believers can and should redeem this morally deficit system we’re stuck with.  We can redeem it by inundating it and fighting to change it – we can redeem it by replacing it.  We should make it the church’s goal that every orphan is raised in the fear and admonition of the Lord in the homes of those with whom we worship.  In our homes.  We, each of us, should to be so involved in the lives of orphans that the wicked don’t stand a chance to come near them.  It ought to be clear to the world that this is the arena where Bible-believing Christians put their theological rubber to the fallen world’s road.  We should make it clear we want our ministry back.

This isn’t a call to political action or protests.  This isn’t a call for more lobbying or more hands-off charities with empty policy statements.  This is a call to present our bodies as a living sacrifice.  It’s a call to die to ourselves.  It’s a call to be what we once were, and what we should have become, even if that means working within the system until we so overwhelm it that we reclaim it.  Yes, we should learn from the foolishness of the social gospel that MERELY  “doing good” is often not good.  We should remember well the lessons of the Orphan Trains which taught us the need to plan wisely and think theologically.  Above all, let us never forget it was our complacency that got us into this mess.  It will be our unselfish drive to fulfill Scripture’s commands that will get us out of it.  Let’s get to work, for God’s glory and for the good of both orphans and ourselves.