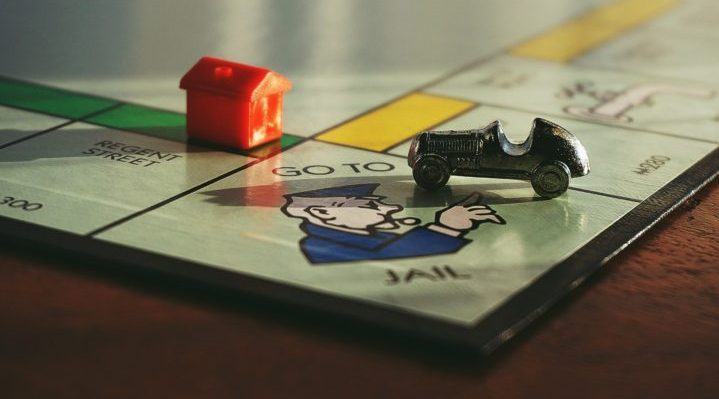 The Need for Justification (book excerpt)

Back in 2013, there arose a drunk driving case here in Texas which made national headlines not so much because of its severity but because of its legal defense and sentencing. Ethan Couch, aged 16 at the time, stole two cases of beer from a Walmart, drove his dad’s Ford F-350 pickup truck at 70-mph in a 40-mph zone with seven unbelted teenage passengers aboard, and ultimately swerved into a stalled SUV. Which then plowed into a parked car, which hit an oncoming car. Couch’s truck overturned and struck a tree. Four people on the side of the road—Breanna Mitchell, Hollie Boyles, Shelby Boyles, and Brian Jennings—were killed. One of Couch’s passengers was paralyzed. Couch popped three hours later at three times the legal alcohol limit in addition to traces of Valium.

With four counts of intoxication manslaughter and two counts of intoxication assault charged against him in juvenile court, Couch was facing the potential of twenty years in prison. The judge sentenced him to rehab and ten years of probation. His defense attorneys successfully argued that Couch suffered from “affluenza,” a (not actually medically recognized) condition which arises when a child doesn’t know right from wrong because of his parents’ outrageous wealth.

Naturally, the public reaction was sheer outrage. Many believed that Couch received a light sentence due to the socioeconomic privilege that came with his parents’ wealth. In the eyes of nearly everyone not named Couch, it was an unacceptably light sentence for such a serious crime.

If it makes you feel any better, Couch later did go to prison for violating the terms of his probation. A video surfaced on the Internet which depicted Couch playing beer pong. When summoned by his probation officer, Couch and his mother fled to Mexico, changed their physical appearance to avoid authorities, and they were eventually captured.

Now for the sake of argument, let’s embellish some of the details here. Perhaps it wasn’t four grown adults on the side of the road. Let’s say it was a stalled elementary school bus. The Ford F-350 strikes the diesel tank, and the bus blows up. Now it’s forty dead kids. And let’s say that the judge imposes the same sentence. We might say at this point that the gap between the punishment that Couch received and the punishment that Couch deserved is far greater. And yet despite this outrage, when we hear that an infinite, omniscient, omnipresent God demands justice when we violate His law, suddenly we all cringe and opine that God ought to be more forgiving.

“God shouldn’t have been so harsh on Adam and Eve. All they did was eat a piece of fruit.”
“What gives God the right to massacre Amalekites?”
“A loving God wouldn’t send anyone to Hell.”

Though well-intentioned in our own minds, statements like these are grounded in thinking way too highly of ourselves as humans and way too lowly of God. God is a righteous judge, a perfect judge, and—though He is slow to anger—He ultimately demands justice. If God is just, He won’t ask us to do rehab and ten years of probation (or purgatory).

If you’ve been going through this book front-to-back, you should recall the discussion of Romans 1 within the chapter on atheism, the part where I contend that God doesn’t believe in atheists. There’s a huge list of vices there at the end of Romans 1: unrighteousness, evil, greed, malice, jealousy, murder, rivalry, and so on. I included a postscript at the end of the atheism chapter in order to prevent the risk of conveying that only atheists (as we understand the term in the modern/postmodern West, anyhow) are subject to these condemnations. “Look at those lawless atheists!” you might say. Not so fast, theist. You’re not excluded.

Therefore you are without without excuse, O man, every one of you who judges. For by the standard by which you judge another, you are condemning yourself because you who judge are practicing the same things. And we know that God’s judgment is, in accordance with truth, against those who practice such things.
(Romans 2:2)

It’s not just atheists who have practiced such things; we all have, so we all are under the judgment of God.

Do you suppose, O man—you who judge those who practice such things, and yet do them yourselves—that you will escape God’s judgment? Or do you despise his kindness and forbearance and patience, ignoring that the kindness of God points you to repentance?
(Romans 2:3–4)

The original Jewish recipients of this letter believed that their advanced standing in society was a sign that God’s blessing was upon them. Paul shoots this down; God’s blessing upon them wasn’t because they were good. The point of God’s blessing was to lead them to repent of their sin, the very same sin for which they were judging the Gentiles in their society. How might this apply to us in the first-world, where we live rather prosperously and yet ever increasingly ignore the God who gave us our very lives and more?

But because of your stubborn and unrepentant heart, you are storing up wrath for yourself in the day of wrath and revelation of the righteousness of God, who will recompense each person according to his works—
to those who, by steadfastness in doing good, seek glory and honor and immortality: eternal life;
but to those who act out of selfishness and do not obey the truth but obey unrighteousness: wrath and fury.
(Romans 2:5–8)

Rather than turning to God, we’re storing up wrath for ourselves for the final judgment. Most people at least in the West think something similar to the last two items here: that “good people go to Heaven” and that “bad people go to Hell.” There’s an element of truth to this, but it doesn’t account for God’s standard of who is good and who is bad. God is the judge and the standard.

Central to Paul’s argument in this section of his letter to the Romans is the proper understanding of the distinction between Jew and “Greek” (Gentile). Paul goes on in this passage to state that the Jews have a certain advantage in life in that “they were entrusted with the oracles of God” (Romans 3:2), i.e. what we now call the Old Testament. But even if you’re not Jewish, whether by your own family heritage or by your active participation in Jewish religious practice, you’re not “in the clear” yet.

Garrett, stop it. I get it. I’m not Jewish. What does this have to do with me? (And if you are Jewish, the following paragraph still applies to you as much as anyone.)

Purely from the historical standpoint of Paul, the phrase “hearers of the law” absolutely refers to the Jews of the time period. There’s no question there. But who are the “hearers of the law” now? We have not only the law (the Old Testament) but also the entire New Testament at our fingertips. The text of the Bible is not only accessible at nearly any bookstore or library, nearly every town in the country has a church with a Bible in it, and nearly anyone with a computer or phone can access a Bible app or website for free. Oh, and you’re reading this book. Congratulations. In a modern sense, you yourself might be a hearer of the law. But purely being a hearer of the law doesn’t come with a free ticket to heaven. No, “the doers of the law will be justified.”

To this entire section of his letter to the Romans, Paul summarizes in a couple of places:

Therefore, by works of the law no flesh will be justified in his sight, for by the law comes the knowledge of sin.
(Romans 3:20)

For all have sinned and fall short of the glory of God.
(Romans 3:23)

What hope is there for us? Only the doers of the law will be justified. And yet, we’ve already established that we’ve failed at doing the law. So not a single one of us, Jew or Gentile, falls into this latter category. We stand condemned as those who have not done the law. In fact, “by works of the law no flesh will be justified in His sight.” Now that we are sinners, we need to be justified by some other means than doing the law, or we’re in hot trouble.

Do you remember the term justification from earlier in this book? Justification is God’s forgiveness of a person’s sins and declaring him or her to be righteous, therefore worthy of heaven, even if that person isn’t yet perfect in heart and behavior. How, then, can we be justified?