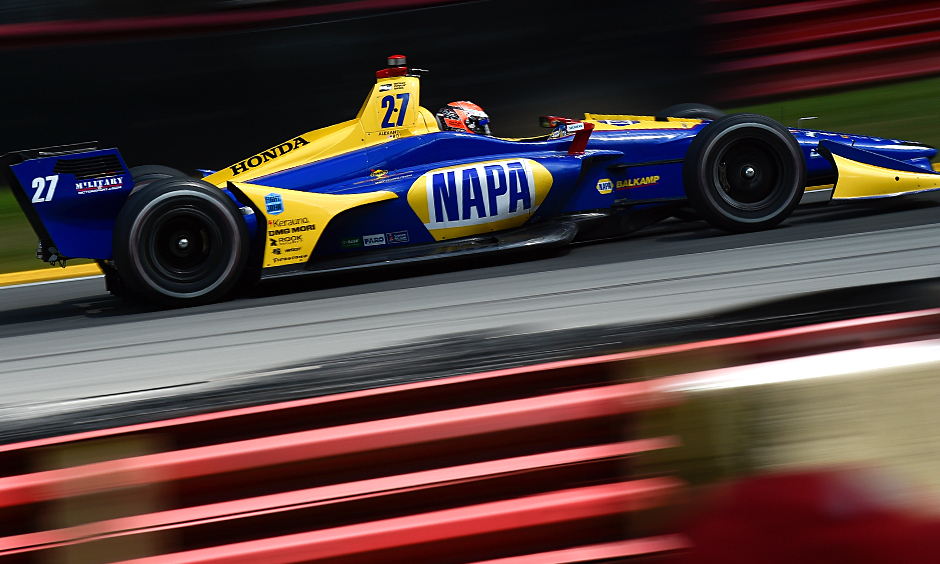 The IndyCar Championship is Down to the Wire

With just two races left in the 2018 IndyCar Series, veteran Scott Dixon holds onto a narrow 29-point lead ahead of Alexander Rossi. Defending series champion Josef Newgarden stands in third, 66 points behind Dixon. Not to brag or anything, but my season predictions post had the top three drivers correctly predicted in order for the end of the season. 🙂

How narrow is 29 points? Under normal circumstances, a driver may earn up to 54 points in a race — 50 for winning, 1 for earning the pole, 1 for leading at least one lap, and 2 points for leading the most laps in a race. For example, if Rossi wins the next race (51 points including leading the last lap) and Dixon finishes 9th (22 points without bonuses), they will be tied going into the final race.

But—whether you think it’s a silly gimmick or not*—there’s a twist at the end of the season: the final race is worth double points. That means 100 points for the winner, 80 for 2nd, 70 for third, etc. In other words, the championship window is realistically even wider than just Dixon and Rossi with Newgarden looking to be the spoiler. With 162 points per driver up for grabs, minus the minimum points earned for just finishing, that means anyone within 147 points of Dixon could mathematically pull it off.

The unfortunate exception to this math is Robert Wickens, who was seriously injured in a race mishap on August 19th and could use your prayers for recovery. He has undergone several surgeries on his right arm and lower extremities without complication, but the extent of his spinal cord injury remains to be determined. As of August 25th, Schmidt Peterson Motorsports informed the public that Wickens is now breathing on his own and able to speak with his family for the first time since the accident. How did we get here? Scott Dixon won at Toronto in round 12 of 15, bringing his points lead to 62 ahead of Josef Newgarden and 70 ahead of Alexander Rossi. Since then, however, Rossi has been eating at Dixon’s lead, winning consecutively at Mid-Ohio and Pocono and turning in a well-earned second-place finish at Gateway on a fuel-mileage strategy that kept him barely ahead of a charging Scott Dixon in third. Overall, Rossi and Dixon both have three wins and eight podiums for the season.

Most recently, Will Power won his third race of the season at the 1.25 mile oval of Gateway Motorsports Park just outside of St. Louis, giving him two oval wins and one road course win for the season. One obviously is never unhappy about an oval win, but as the final two races are on road courses, fortune may better favor drivers with stronger recent road course records. Also working against the chances of Power and Newgarden is the Chevrolet engine, which appears to be performing poorer than their Honda competitors this season.

So what should we expect in the next two races? The second-to-last round this season is a nostalgic return to Portland International Raceway, which hasn’t seen IndyCar action since 2007, when — under sanctioning from the now-defunct Champ Car World Series — still-active driver Sebastien Bourdais won by 13 seconds over the late Justin Wilson. Other currently active IndyCar drivers in that race were Will Power (4th), Simon Pagenaud (8th), and Graham Rahal (9th). That makes a Dixon/Rossi duel hard to predict just based on past results, as neither appears to have ever raced at the track.

As long as we’re making comparisons to Mid-Ohio, Power was 3rd, Newgarden 4th, and Dixon was 5th. I still think Rossi has the upper hand, but his competitors are very close.

Having played host to IndyCar racing since 2005, we do have much more useful data to help predict what happens at Sonoma. For one, Scott Dixon has won three of his thirteen races at the northern California circuit. In the last four years, he’s finished 1st, 1st, 17th (still on the lead lap somehow), and 4th.

As a relatively recent import from Formula 1, Rossi has raced twice at Sonoma, finishing 5th and 21st, the latter likely due to a mechanical issue as he was 25 laps down. Newgarden is last year’s Sonoma runner-up, but was arguably capable of winning the race had his team not made the strategy call to lay behind and settle for 2nd so as to keep the championship secure. Power has three wins out of nine starts, those wins having come in 2010, 2011, and 2013, with a strong 3rd place finish last year.

Sonoma is a rather twisty course with few open opportunities for overtaking, which will make qualifying and track position of the utmost importance to a good finish. This could also play into the hands of Rossi, who has shown himself to be a master of fuel mileage strategy on several occasions.

You can still hold me to the pre-season prediction for what it’s worth, and Rossi certainly has the advantage of momentum. Will Rossi overtake Dixon by the end of Sonoma? I think it’s a little too much and too far at this point. Nonetheless, we shall revisit the question following the Grand Prix of Portland, which takes place on September 2nd.