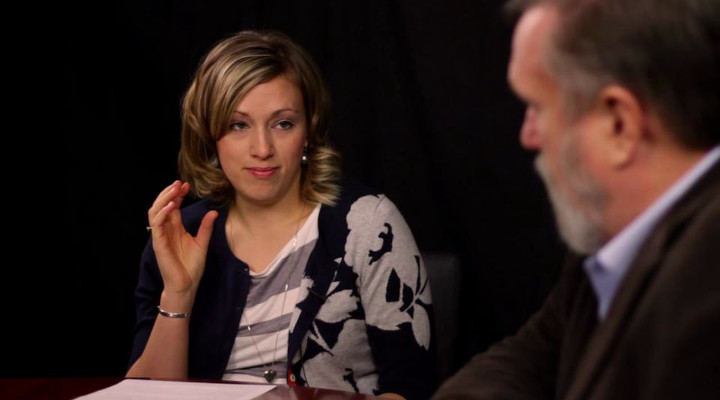 In part ‘0’ of this series, I went through a fairly dry history of how “second Eve” has been used from the time of the early church until now. In part 1, I dug into the Jankovic article on the question of second Eve and how her use of the term creates too much confusion with the respective federal headships of Adam and Christ. A third question involves Jankovic’s second claim in the title of the blog post: “The Second Eve: How Christian Women Undo the Curse.”

Ultimately, the curse is broken in the person of Christ Jesus. In his death we see what we deserved; in his resurrection we see what we have been given in him. We have a final answer to the curse. But God did not undo the curse in one moment — rather, it is like leaven that a woman took and hid in three measures of flour (Matthew 13:33). It works its way out slowly, constantly, without ceasing.

But we continue with the paragraph that follows.

My best attempt at synthesizing Jankovic’s point is this: The Spirit-enabled obedience by the second Eve, living Christian women, progressively undoes the curse of Genesis 3 wrought by the first Eve’s disobedience. Two Contrasts and a Solution

For one, the earlier-addressed problem of defining “second Eve” also protrudes into this question of reversing the curse because this “second Eve” becomes the subject of the action. And before anyone says, “Jankovic is saying that Christ uses Christian women to reverse the curse,” I must re-stress the subtitle of the article: “How Christian Women Undo the Curse.” That is not to say Jankovic claims that only Christian women undo the curse, and this again is why Jankovic’s “second Eve” is so problematic.

The second problem is that, at best, this just isn’t the language the Bible uses to describe our obedience as believers or about how Christ reverses the curse. Let’s think very quickly about Romans 5 through 8. Romans 5 begins with justification resulting in peace with God. It moves on to compare the first Adam to the last Adam. Chapter 6 is about our freedom from the dominion of sin. May we not continue in sin or let it reign in our mortal bodies. Let us not sin simply because we are not under law but under grace. Chapter 7 concerns how we are free from the law’s condemnation even while we struggle with sin. Chapter 8 concerns living according to the Spirit rather than the flesh. We are indwelt by the Spirit, are heirs with Christ, and look forward to a future glory. The creation groans and we groan as we struggle to undo the curse of Genesis 3.

Uh…yeah, I faked that last sentence. The focus of the text is the work of God, not so much our work with a slight head nod to the Spirit. We wait…for what? For ourselves? No, but for what God will do. There is no sense of human beings undoing the curse in a broad sense, though we do struggle mightily for our sanctification.

Let’s think about this in terms of two contrasts: undoing vs. mitigating and individual vs. greater society. First, as R. Scott Clark is right to point out, there is a contrast between undoing the curse as Jankovic writes and mitigating the effects of the curse. In other words, Jankovic’s “inaugurated eschatology” (Clark’s term) is showing. In this postmillennial reconstructionist construct, human beings must work towards the right conditions under which Jesus Christ will return. Thus, according to this construct, we have to be at work “undoing the curse” in a broader societal sense. The second contrast, along similar lines, is why I summarized Romans 5 through 8 above. Scripture places a much greater emphasis upon individual sanctification than it does concerning the greater societal change wrought by the church catholic (lower-case ‘c’). When we bring these contrasts together, what we find is that the real “undoing” of the curse is happening much more in the hearts of redeemed Christians than it is in greater society, and this matches the emphasis of Scripture.

Now suppose we could redeem what Jankovic is saying here by tweaking a few things. First, let’s identify the church catholic, the bride of Christ, as “second Eve” with a heavy disclaimer that Eve is not a federal head. Obviously, Christ is going to do better at leading His bride than the first Adam did. What can the church do differently than her first predecessor Eve? Act in obedience to her Head, and don’t listen to that evil serpent going “Did God really say…?”. In this regard, Christian women, as part of Christ’s bride, are obligated to do better than Eve. This includes many of the same things that Christian men must do: struggling against sin for their own individual sanctification, evangelizing the lost, serving in the church, leading those under their care, and submission to authority. For women in particular, they should submit to their husbands, nurture their homes, and obey the command in 1 Timothy 2:12–14 not to teach or exercise authority over a man. And we’ll conveniently omit any claim of undoing the curse in a postmillennial reconstructionist sense. This here is good, clean, orthodox theology. If you don’t like the “second Eve” terminology, that’s okay. You still must affirm who the bride is and that the bride submits to her Head, and everything else follows. Now What To Do with Jankovic?

I remember when the above clip first came out and how positively “our camp” reacted on Twitter. OH SNAP, that was great! This series was hard for me to write not only for its seemingly ridiculous length but also because Jankovic seems like someone who is in “our camp.” For the most part, she is full of good advice for Christian women in a world full of Beth Moores, Jen Hatmakers, and Jory Micahs. Despite the reconstructionist issues highlighted above, she affirms in You Who that our struggle with our sin nature is more important than our individual, ambitious proclivities towards “changing the world.”

This little mind-game of ours reveals a major misleading assumption: we think great obedience and exceptional performances are generally driven by discontent with the normal and the everyday. We think any person who accomplishes exceptional things for the kingdom must have graduated beyond the regular obedience in regular life to be allowed to enter the more hallowed ground of obedience that matters. […] Forget fiddling around trying to deal with this lame attitude I am having today; there are bigger forces of darkness to quell! I’m going to change the world, not wrestle with my own sin nature!

It’s not surprising that most criticism of Jankovic is coming from sources who lean farther towards egalitarianism than Jankovic; that’s not hard to pull off. However, a good amount of this criticism targets Federal Vision, not just complementarianism. For example, blogger Kerry Baldwin believes that You Who promotes Federal Vision and recommends Beyond Authority and Submission by Rachel Green Miller as an alternative. Christine Pack, who formerly blogged at Sola Sisters, calls Jankovic’s Second Eve article “boilerplate FV teaching” and frequently tweets against “patriarchy,” though some of these criticisms appear valid. Meanwhile, Jankovic is becoming more influential in conservative, non-Federal Vision circles, most notably having spoken at the most recent G3 conference.

Federal Vision’s problems  — effectively affirming baptismal regeneration, confusing law and gospel, and denying sola fide as its primary critics allege — are worth sounding the alarm, and yet most (not all) of the policing seems to be coming from those who are farther to the left than our camp. How closely Jankovic is aligned with these problems may be ambiguous. On the other hand, some of us in our camp may need to step it up, clarify the issues, and sound louder warnings as necessary.